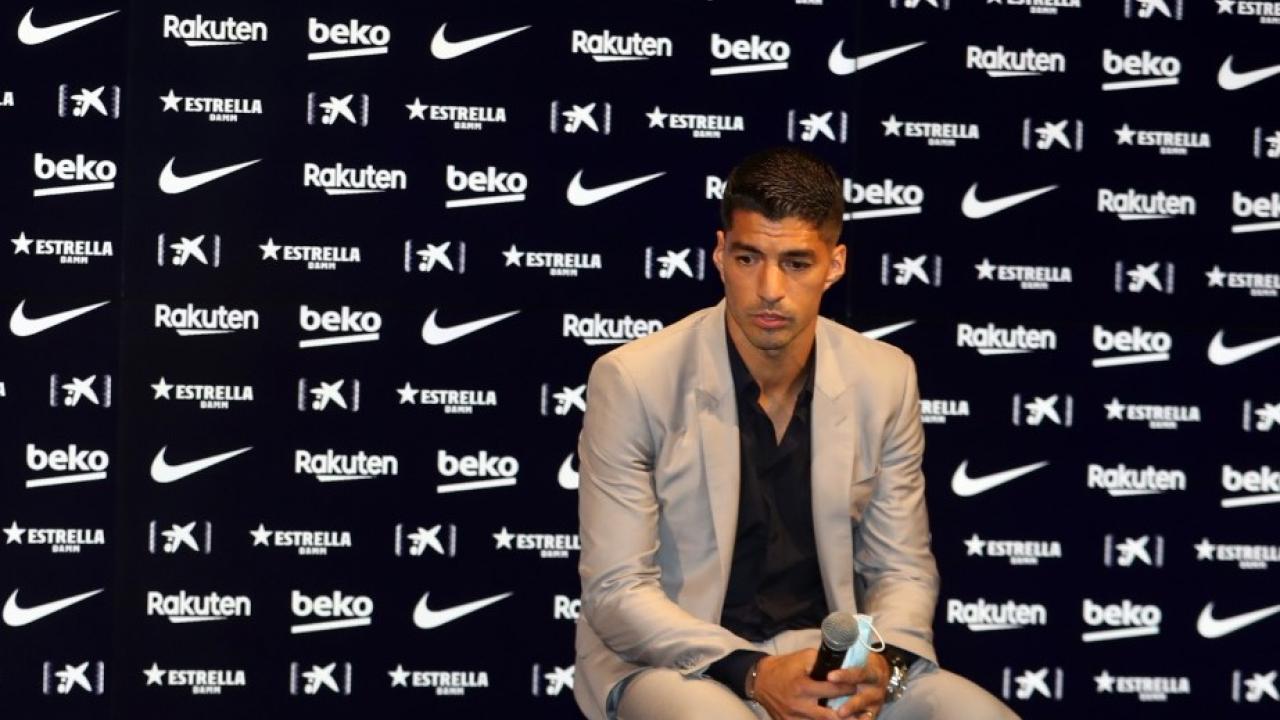 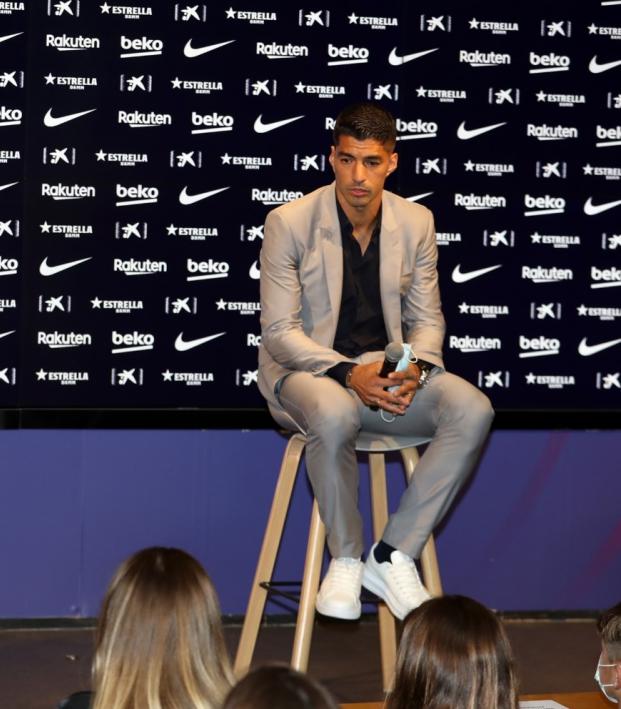 Reuters September 24, 2020
Luis Suárez bid a teary farewell to a club that has meant so much to him.

BARCELONA — Luis Suarez highlighted his close friendship with Lionel Messi as he bid a teary farewell to Barcelona on Thursday ahead of his move to LaLiga title rivals Atletico Madrid.

Messi had failed to dovetail with other top strikers such as Samuel Eto'o, Zlatan Ibrahimovic and David Villa but took no time at all to gel with Suarez, who became his best friend at the club as well as a prolific strike partner.

"When I got to Barcelona everyone said be careful with Leo, that he was the main striker at the club," an emotional Suarez said at a news conference attended by Messi and fellow Barca teammates Gerard Pique and Jordi Alba.

"But in our time together we always tried to perform as well as we could and I can leave here feeling very proud."

Barcelona released emotional footage of Suárez saying goodbye to his locker with his children.

Messi also looked set to be leaving Barca before walking back on his threat to end his contract unilaterally, and Suarez lashed out at the stories that appeared in the media about the two players' influence on the club.

"It has been a crazy month, many things have been said and leaked that were invented, many things that made me angry. But everyone knows how good a relationship I have with Leo," the Uruguayan added.

Suarez joined Barca from Liverpool in 2014 after making global headlines for biting Italy's Giorgio Chiellini in the World Cup, which meant he was banned for the first four months.

But he soon formed a deadly partnership with Messi and Neymar, winning a treble of LaLiga, the Copa del Rey and the Champions League in his first season.

He leaves after lifting 13 trophies and hitting 198 goals to become the club's third all-time top scorer.

"I'm grateful to the club for trusting in me in 2014 after I made an error, it wasn't easy to accept that and they treated me marvellously since I arrived," Suarez said.

"I came here to fulfil a dream, to play for the best club in the world and I should be very proud of everything I did.

"I suffered a lot but I'll remember the good times, the goals I scored alongside the best player of all time."

Club president Josep Maria Bartomeu added: "He is a club legend, the third top scorer in our history, the best in his position.

"I want to highlight his character, his fighting spirit and his will to win which has helped us achieve so much in the last six years."