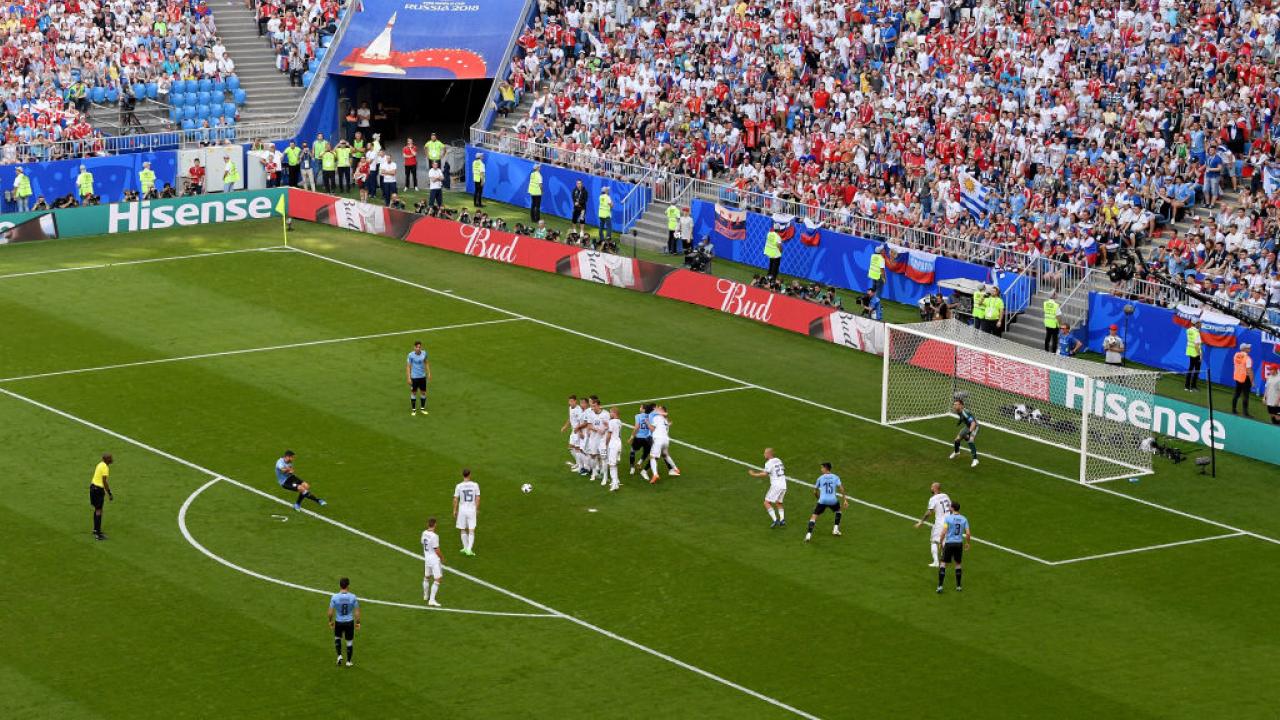 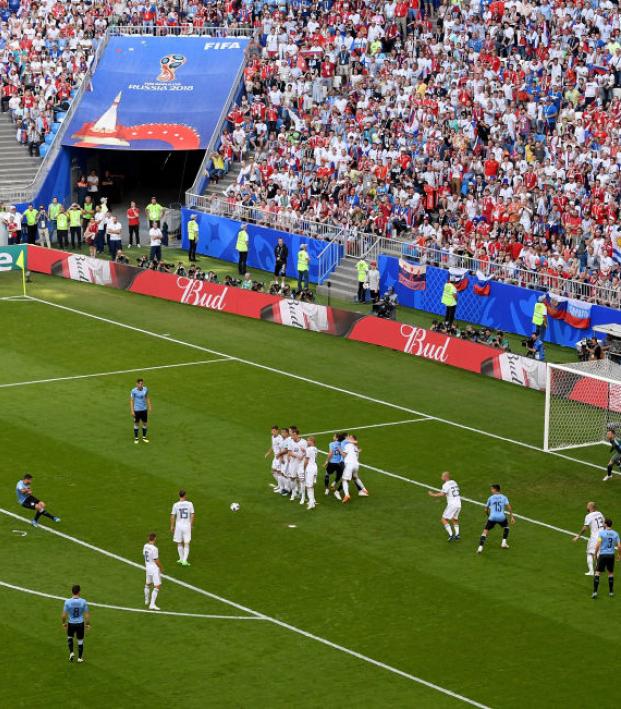 Connor Fleming June 25, 2018
Sergei Ignashevich made the bodies hit the floor and Luis Suarez did the rest. Teamwork makes the dream work.

This was not the start Russia was looking for against the grizzly bear trap that is Uruguay. 10 minutes into Monday’s match, Luis Suarez buried a free kick from just outside the box by going low around the wall and just inside Igor Akinfeev’s far post.

The goal was greatly aided by Russian T-34 tank Sergei Ignashevich. You can tell that the 38-year-old was only trying to aid his keeper by clearing Edinson Cavani out of his sight lines, but it really just made an almighty clusterfuck in front of goal while Suarez curled in his precise finish.

The FOX commentators briefly questioned a bit of VAR action on the Uruguayan picks, but the only clear foul is on Ignashevich there. Uruguay has since added a second from Diego Laxalt (it’s now being marked down as a Russian own goal).

Considering la Celeste hasn’t conceded in this tournament yet, you’d have to expect that Group A belongs to them.

They’ll likely face Portugal or Iran in the Round of 16, but we don’t know for sure yet.