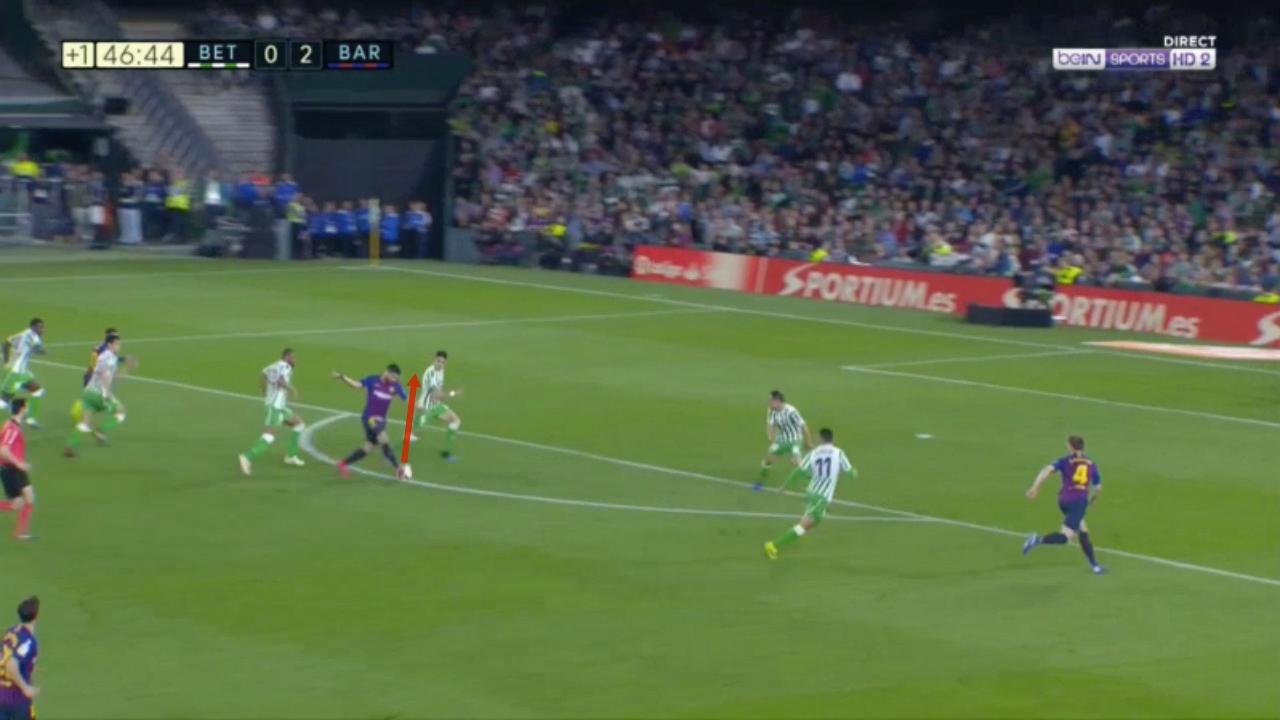 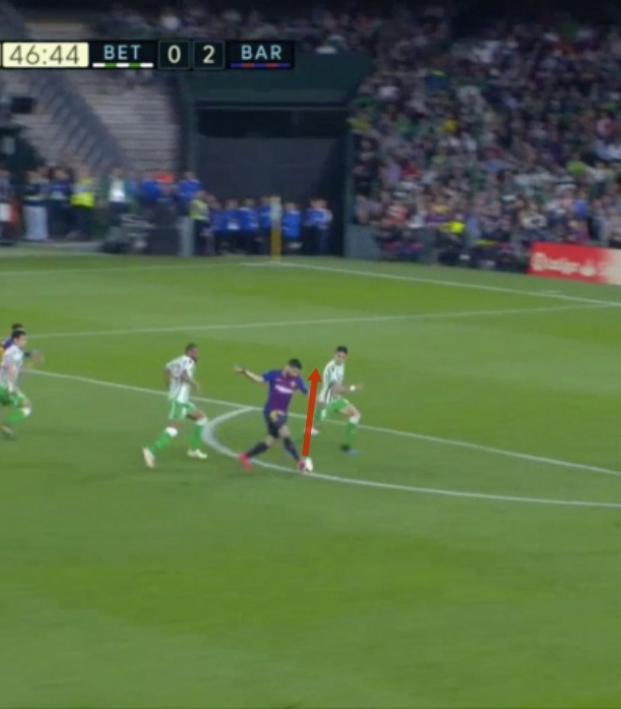 Barcelona looked to take advantage of Atletico Madrid’s defeat to Athletic Bilbao yesterday by defeating Real Betis and opening up a 10-point gap at the top of LaLiga, and the first half of the match at the Benito Villamarín couldn’t have gone better from a Blaugrana perspective.

In the 18th minute, Lionel Messi opened the scoring with an exquisite free kick that flew beyond Pau Lopez in goal. This was Messi’s 27th league goal in 26 games.

Then, just before the stroke of halftime, Messi found Luis Suarez with a pass, and the Uruguayan released the Argentine into the box with a wonderfully disguised backheel.

The weight and accuracy on the pass allowed Messi to clip home a one-touch finish for his 28th of the campaign. For a bit of perspective, Suarez is second in LaLiga with 17 goals. Sevilla’s Wissam Ben Yedder is third with 16.

In the 63rd minute, Suarez would get a goal of his own after running at the Betis defense from the halfway line.

Real Betis would pull a goal back in the 82nd minute when Diego Lainez laid off a pass to Loren Moron and he curled home a fine finish.

But Barcelona would restore its three-goal cushion in the 85th minute when Messi completed his hat-trick. There's not much you can say about this except that it's unstoppable genius.