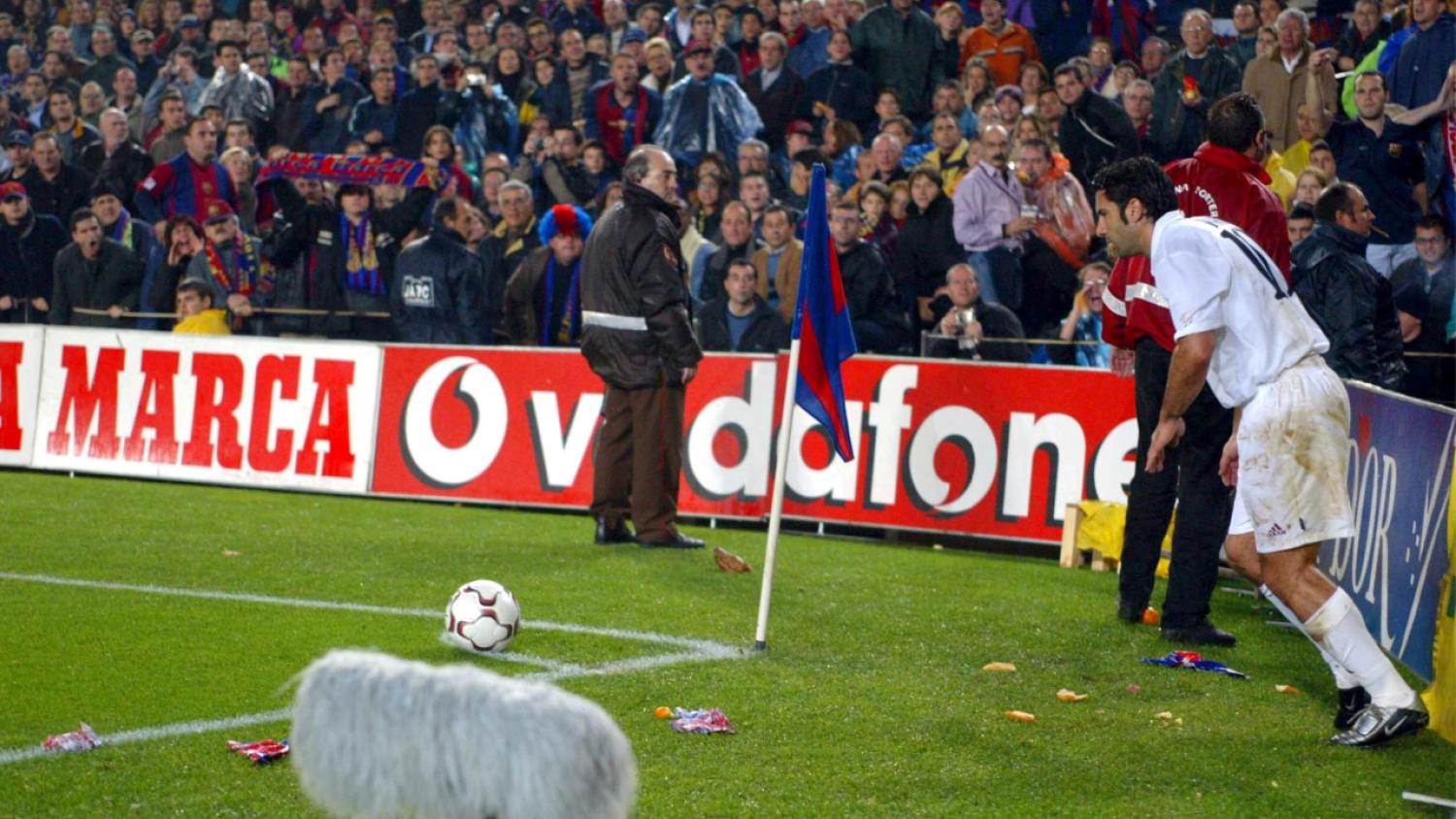 Wait for the final 10 seconds of the trailer...
Getty Images

Like a severed pig's head flying through the air and landing near the corner flag, a Netflix documentary surrounding Luis Figo's infamous transfer from Barcelona to Real Madrid is dramatically arriving Thursday, Aug. 25.

"We wanted the film to feel like a Hitchcockian thriller, one that plays with notions of the truth," said director David Tryhorn. "We also only wanted to interview people with first-hand testimonies of the transfer so that the drama could play out in the present tense. We were delighted that all those involved in the deal were willing to participate in full. Everyone, from Florentino Peréz to Pep Guardiola, was generous with their time but Luís Figo was particularly accommodating, desperate as he was to finally set the record straight after two decades of avoiding the question of his transfer."

In July of 2000, the footballing world was rocked to the core by Figo's transfer across the Clásico divide for a then world-record fee of $63 million.

Arriving at Barcelona from his boyhood club Sporting at the age of 22, Figo had become an icon and captain in Catalonia over the course of five seasons while winning back-to-back LaLiga titles in 97-98 and 98-99.

But after posting his best individual numbers at the Camp Nou during the 99-00 season, Figo shockingly departed for the Santiago Bernabéu as the first mega-signing of Florentino Pérez's Galácticos era (Zinedine Zidane would break Figo's transfer record the following summer when joining from Juventus).

Figo's return to the Camp Nou in the 00-01 season with Los Blancos is now the stuff of infamy, with teammates Míchel Salgado and Iván Campo admitting they never came close to experiencing anything like it over the course of their careers.

This should be good.