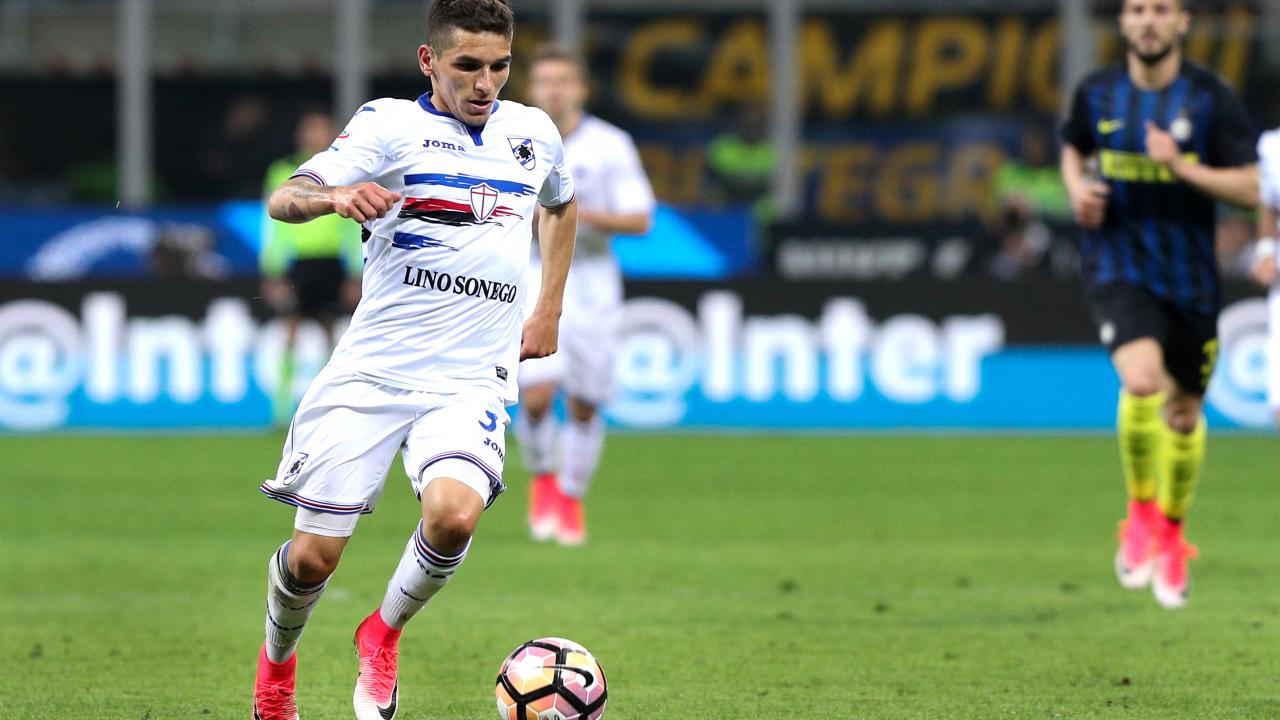 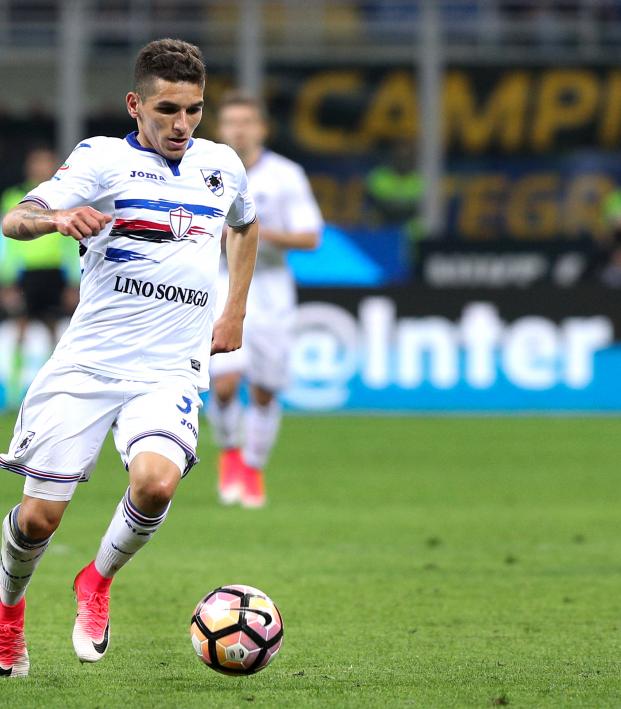 Lucas Torreira To Arsenal: What The Gunners Can Expect From Serie A’s Most Underrated Midfielder

Huw Thomas June 12, 2018
As a deal seems to be in the making, what could Lucas Torreira to Arsenal mean for the Arsenal side?

There’s something in the water in Uruguay. There’s something about the nation of three million people, winners of the first ever World Cup, which allows them to produce some of the most magnificent bastards in the history of football.

Egidio Arévalo Ríos, Diego Lugano and Diego Godín are just a few of the more recent examples of the type. Crunching, spiteful, wonderful wizards who wield the dark arts of football as a second nature. This is the country, after all, that produced Luis Suarez, the exponent of the finest piece of shithousery seen on the world stage since Diego Maradona’s hand of god.

As well as producing excellent footballers, the nation of Uruguay is the best in the world at producing players who know how to needle, how to tackle and how to win by any means necessary.

Now, there’s a new player fresh off the production line who has been flying under the radar for most people.

The Sampdoria midfielder has been at the center of many a recent transfer rumors, first linked with Napoli and now seemingly set for Arsenal. But not many outside of Italy will be overly familiar with his work.

So who is Lucas Torreira?

Let’s start with the basics. Torreira is a 22-year-old midfielder who began his career at Montevideo Wanderers in the Uruguayan capital city. A Spanish passport meant he was able to transfer to Europe at a young age and he was recruited by the Pescara youth academy.

Seasoned Serie A watchers might recognize Pescara as the making grounds of talents such as Marco Verratti, Ciro Immobile, Lorenzo Insigne and Mattia Perin. They all spent formative years at the club, either on loan or as academy products. It’s been a fantastic production line.

Torreira performed well enough at Pescara to catch the eye of Serie A stalwart Sampdoria. In the summer of 2015, he moved to the Genovese club for a reported €1.5million ($1.74 million), though he was loaned back to Pescara for another year.

After returning back from that loan, he moved straight into the Sampdoria first team. For the past two seasons, he’s played almost every game, helping his team finish 10th each time.

On paper, then, Torreira doesn’t look that interesting. But it’s when you drill a little deeper that it starts to become clear just what a fantastic player he is.

At 22 years old, for instance, he’s already attracting interest from the best clubs in the league.

Perhaps it’s best to look at it this way: The best midfielder in Italy this season was Jorginho. The Napoli midfielder was so good on such a regular basis that he has been strongly linked with a big money move to Manchester City, where he should have no problem adapting to Pep Guardiola’s demanding machinations.

Now, as soon as it seemed as though Jorginho was set to depart, Napoli’s first instinct was to call up Sampdoria and ask about Lucas Torreira. If there’s anyone in the division who could replicate Jorginho’s style of play (as well as his ability), it’s the Uruguayan.

Things seemed simple: Torreira had a €30milllion ($35.25 million) buy-out clause in his contract and Napoli was set to receive almost double that for Jorginho. But wage demands seemed to move him out of contention for the Italian club. That’s when the “Lucas Torreira to Arsenal” stories began to emerge, solidifying into what seems to be a done deal today.

If Arsenal buys Lucas Torreira, they will be purchasing one of the best midfielders in Serie A, without question.

In terms of play style, he’s very central. Typically the deepest of the midfielders, he sits back and dictates play with his short passing and breaking up any opposition attacks with his tenacious tackling. This is exactly why Napoli wanted him and he’d have been an ideal fit for the Sarri-style football they played last year.

To borrow Football Manager parlance, Torreira might be considered a deep-lying playmaker or a regista with a bit more muscle. His play style is similar to fellow-Pescara-graduate Verratti, in that both of them like to see the game ahead of them while they play and they aren’t afraid to leave their studs in a challenge.

This is where the Uruguayan blood really comes into play. Torreira knows how to snap into a tackle and makes sure opponents know it. He may seem short but he covers a great deal of ground, like a lesser version of N’golo Kante. Height might be important in the Premier League but he has more than enough of an engine to make up for what he lacks in stature, allowing him to get around the pitch and leave his mark on anyone who has the temerity to try to play in his half.

Added to this, his style of deep passing is exactly what Arsenal has been missing since Santi Cazorla picked up his string of injuries. The ability to keep possession, to keep the ball moving at all times, to make himself available at all times and to find teammates can help Arsenal reassert some dominance over the center of the park, especially away from home.

One area where he might be lacking is goal scoring. Being so far removed from the opponent’s box, it shouldn’t be expected for Torreira to hit double figures in a season. But he perhaps should be netting more goals, considering the time he spends on the pitch. He certainly has an excellent shot on him, but it’s the easier goals that should be coming more naturally.

In his first season at Samp, he didn’t score at all. He did manage four league goals in this past year, including the second goal in a famous 3-2 victory over Juventus. There’s room for improvement in this department and being around better players at Arsenal could help him increase his tally.

In terms of Arsenal’s current midfield options, he should be able to waltz into the side ahead of Mohamed Elneny, Jack Wilshere or Ainsley Maitland-Niles. He’s more mobile and a far better tackler than Granit Xhaka, though his passing over long distances isn’t nearly as good at the Swiss.

At first, Torreira may be too exposed when played next to the forward-thinking Ramsey. However, if the two could learn to play in tandem, the Gunners would have one of the best pairings in the Premier League. The Uruguayan sitting deep, the Welshman covering the space between the boxes and arriving late in front of goal, with Mesut Ozil creating chances further up the field. It has the makings of a fascinating (if a little flimsy) midfield.

Right now, Lucas Torreira is at the World Cup with his home nation. Uruguay should easily qualify for the next stage of the tournament thanks to a gift of a group. While the release clause in his contract with Sampdoria should keep the price low (and excellent value for money), a string of excellent performances might attract the attention of a Champions League club or one that would be willing to pay far higher wagers.

However, if Arsenal is clever, it could seal a deal for one of the best young midfielders in world football. He may still have a few rough edges, but Torreira has the kind of combative spirit that has been sorely missing from Arsenal for years.

Get the deal across the line and Lucas Torreira to Arsenal could be the transfer coup of the summer.