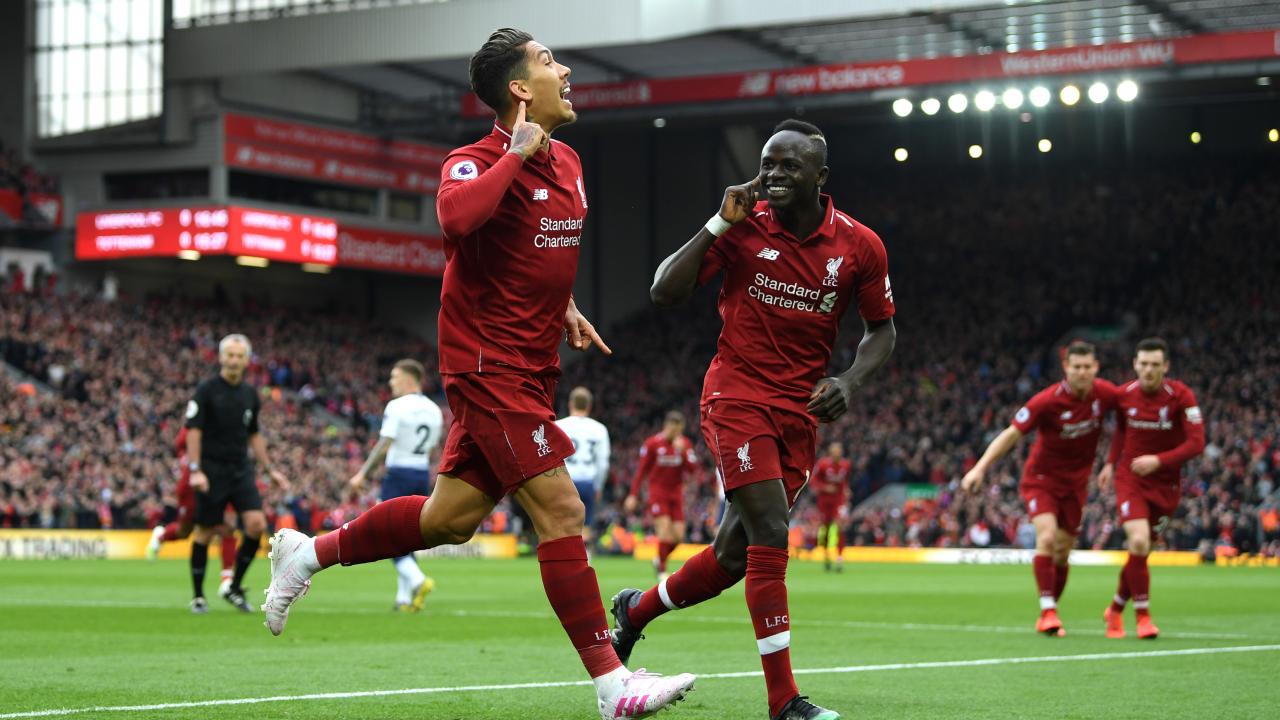 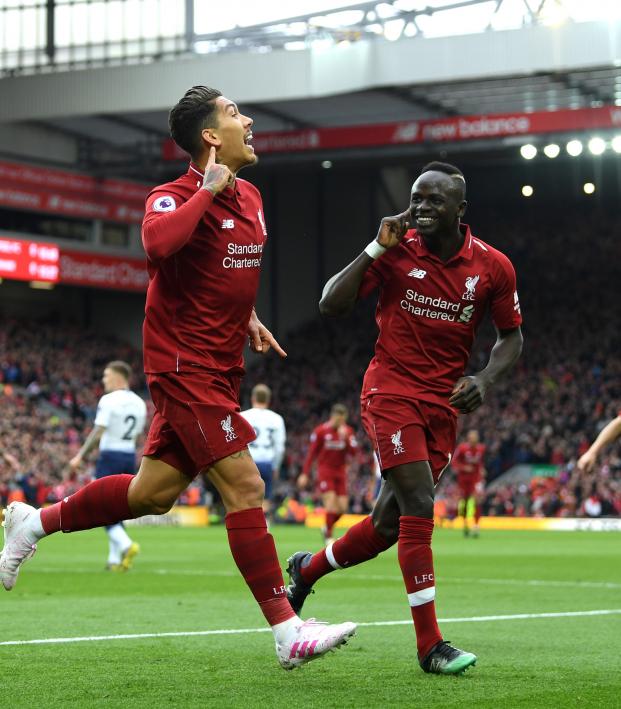 Connor Fleming March 31, 2019
The Reds defeated Tottenham 2-1 at Anfield to top the table with only six matches remaining.

Liverpool returned to the top of the Premier League table after an incredible 2-1 victory over third place Tottenham at Anfield on Sunday. Lucas Moura’s 70th minute goal had canceled out Roberto Firmino’s 16th minute opener, but all three points would belong to Liverpool after Hugo Lloris could only parry Mohamed Salah’s header straight into the unfortunate Toby Alderweireld. The ball deflected off the defender and back into the net to send Anfield into raptures.

The stage had been set by Manchester City yesterday following the club’s 2-0 victory over Fulham, a win which took City back to the top of the table by a single point.

The atmosphere in Liverpool was electric, and the home side responded in fine style when opening the scoring with 16 minutes on the clock. Full back Andrew Robertson got on the ball out wide and delivered a fantastic cross for Firmino to head low and beyond Lloris.

That would be the only shot on target in the first half, but Sadio Mane would go close and Spurs created a number of half-chances of their own.

Tottenham grew into the game in the second half. Alisson was forced into a save on Harry Kane, and the rebound fell perfectly to the advancing Christian Eriksen. However, the Danish midfielder’s goal-bound effort was expertly blocked by Robertson.

But in the 70th minute, Spurs would equalize with Kane again playing a big role. The England striker drew a foul and quickly delivered a cross-field pass for Kieran Trippier.

Trippier took an excellent touch and fed Eriksen inside. Eriksen then squared for Moura, and Anfield was left stunned.

Lucas Moura with the equalizer for @SpursOfficial! pic.twitter.com/pinQHWRxS9

Jurgen Klopp sent on Fabinho and Divock Origi in search of a goal, but it was Spurs who looked the more likely winner. Moussa Sissoko had a glorious opportunity during a two-on-one, but the Frenchman blasted over his effort from 15 yards. Dele Alli also went close for the visitors, and it looked like Liverpool would drop more precious points during this epic title run-in.

But to the shock of all, a floated ball from Robertson found Salah in the area, and he did enough to force a mistake from Lloris and the own goal from Alderweireld.

It was another off performance from Salah — he hasn’t scored since Feb. 2 and he only has one goal in his last 11 games — but this contribution was more than enough to make up for it.

Liverpool now holds a two-point lead over City, but City maintains a game in hand. The Citizens will host Cardiff City on Wednesday. Liverpool travels to Southampton on Friday.