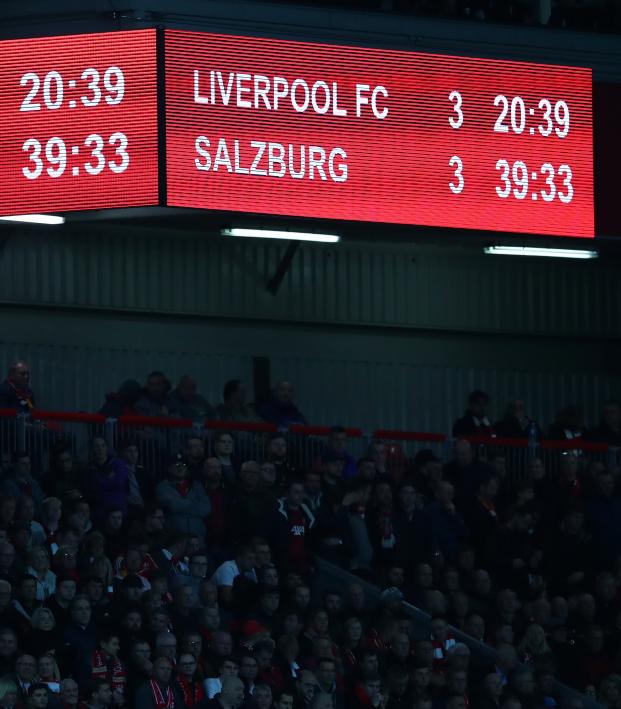 Liverpool And Salzburg Contest The Most Fantastically Batshit Crazy Game

Liverpool and RB Salzburg played a frenzied game of Champions League football on Wednesday. It was the sort of match that makes you question everything — from Virgil van Dijk’s shaky status as godhead to Erling Braut Håland’s growing status as Pelé.

The Reds raced out to a 3-0 lead by the 36th minute only for Salzburg to draw level by the 60th. I believe that the current zeitgeist demands that we share two very important facts about Salzburg’s comeback: it was engineered by American manager Jesse Marsch and momentarily completed (until Mohamed Salah’s 69th-minute winner) by teenage sensation Håland.

The ascendency that Liverpool achieved over the opening 36 minutes of this match was staggering. If you’ve ever wondered what an MLS side would look like at Anfield — all central spine coupled with full backs that are paid $40,000 per year — this was it.

Salzburg right back Rasmus Nissen was handed one of the toughest assignments in the game, and it immediately spiraled out of control. Sadio Mané and Andrew Robertson proved particularly unplayable.

The first goal arrived in the ninth minute after Mané breezed by Nissen, exchanged passes with Roberto Firmino and bounced his effort over Cican Stanković.

Liverpool’s second was something only Liverpool can do: fullbacks Trent Alexander-Arnold and Robertson somehow combined with ease in the attacking third to double the advantage.

Salah should’ve made it 3-0 when played clean through by Fabinho, but the Egyptian made no mistake with his second effort of the night in the 36th minute. Again, it was Robertson and Mané wreaking havoc on the left, and Mané’s cross found Firmino in the area.

Stanković saved the Brazilian’s header but the rebound went straight to Salah.

Salzburg had threatened in possession, and no doubt this note from Marsch — which probably said something like “Put Virgil van Dijk on his ass” — turned it all around. 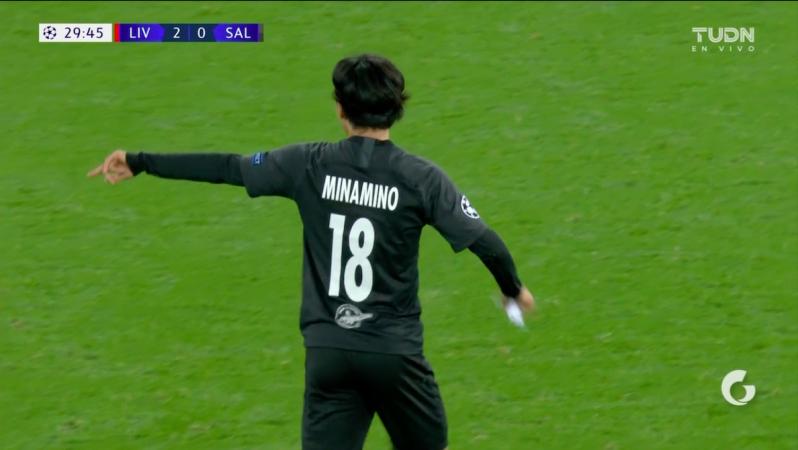 Three minutes after Salah’s goal, a cheap Jordan Henderson turnover in Liverpool’s half allowed Enock Mwepu to feed Hwang Hee-chan in the channel. He diced Van Dijk, cutting inside the previously infallible Dutchman before finishing.

The first 15 minutes of the second half was dominated by the Austrian club. It brought Anfield to its knees.

Salzburg cut the deficit to one in the 56th minute when Hwang Hee-chan’s cross picked out Takumi Minamino in the area. Minamino’s controlled volley was glorious.

On came the 19-year-old Håland, who started on the bench after missing Salzburg’s weekend match due to a virus. After becoming only the fourth teenager to score a hat-trick in UCL play last time out, Norway’s great hope silenced Anfield after only four minutes on the pitch.

But the game was to take one final turn in the 69th. Fabinho hooked one toward Firmino, who flicked it on into the area and there was Salah for his second.

Napoli is at the top of Group E with four points following a 0-0 draw with Genk, and Liverpool is now in second by virtue of its head-to-head record with Salzburg.