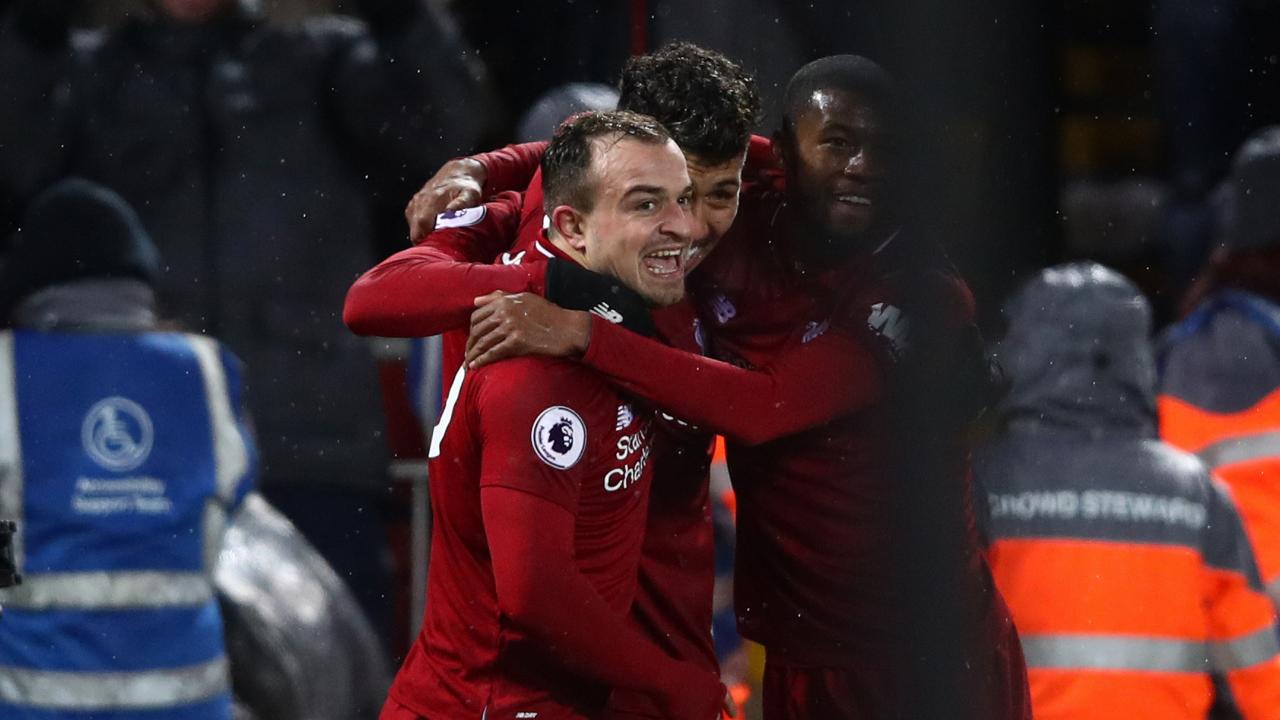 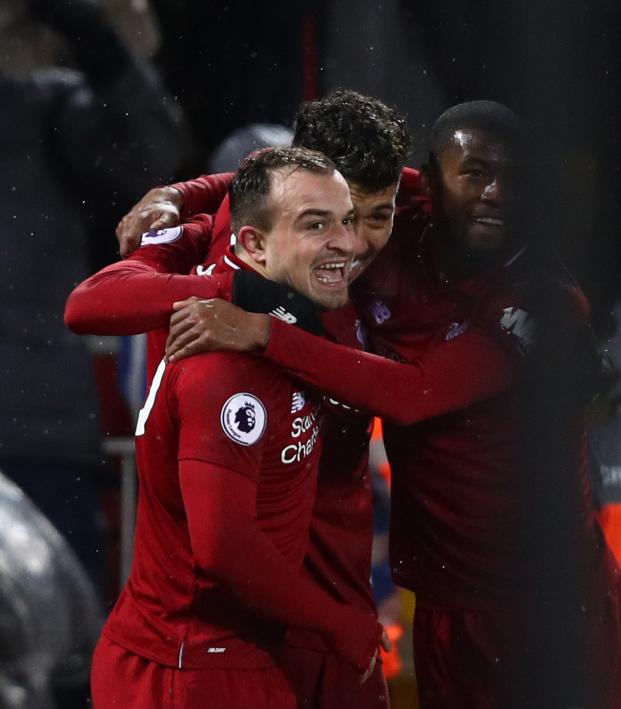 Connor Fleming December 16, 2018
Liverpool returned to the EPL summit with a 3-1 win over United at Anfield.

Liverpool’s ceaseless hammering of Manchester United finally yielded a breakthrough during a seven-minute second half spell that saw Xherdan Shaqiri score a brace of heavily deflected goals, a just reward for outshooting their opponent 36-6 on the way to a 3-1 win.

In the end, it was a humiliating footballing lesson for Jose Mourinho’s side, and the only moment of respite for United was a terrible blunder from Alisson that allowed the Red Devils to stay level at 1-1 for 40 totally undeserved minutes.

During the first 25 minutes at Anfield, Liverpool ran circles around United’s back three while overloading the midfield with frightening superiority. Liverpool registered 11 shots during that period, and the breakthrough arrived when Sadio Mane expertly controlled a clipped through ball from Fabinho, swiveled and fired underneath the outrushing David de Gea.

A return to the Premier League summit looked inevitable, but — stop me if you’ve heard this before — a terrible individual mistake only nine minutes later threatened to ruin it all.

Alisson’s attempt to collect a routine cross went horribly wrong when he brought the ball down against his own knee, and Jesse Lingard was there to punish the keeper.

However, given Liverpool’s pronounced superiority, Mourinho elected to bring on Marouane Fellaini at halftime to shore up the midfield (Paul Pogba didn’t get off the bench, so get ready to read about that all week), but it was Jurgen Klopp’s decision to introduce Shaqiri for Naby Keita in the 70th minute that proved the masterstroke.

Three minutes after coming on, Shaqiri scored his first.

Shaqiri gets subbed on and scores not 5 minutes later! pic.twitter.com/4wcCA7zJL7

Seven minutes after that, he had his brace.

Shaqiri does it again! His second on the day! pic.twitter.com/c1PMKBSJdO

More questions will be asked about the exact purpose of this Manchester United side — what are they? The obvious and factual answer is that they’re the sixth best side in England. The gap between United and fourth-place Chelsea is now at 11 points as we approach the midway point of the season, and it’s really difficult to imagine Mourinho’s men making up that chasm.

The win again takes Liverpool one point above Manchester City. During the frantic festive period, the Reds will play Wolves (Dec. 21), Newcastle (Dec. 26), Arsenal (Dec. 29) and then City (Jan. 3).