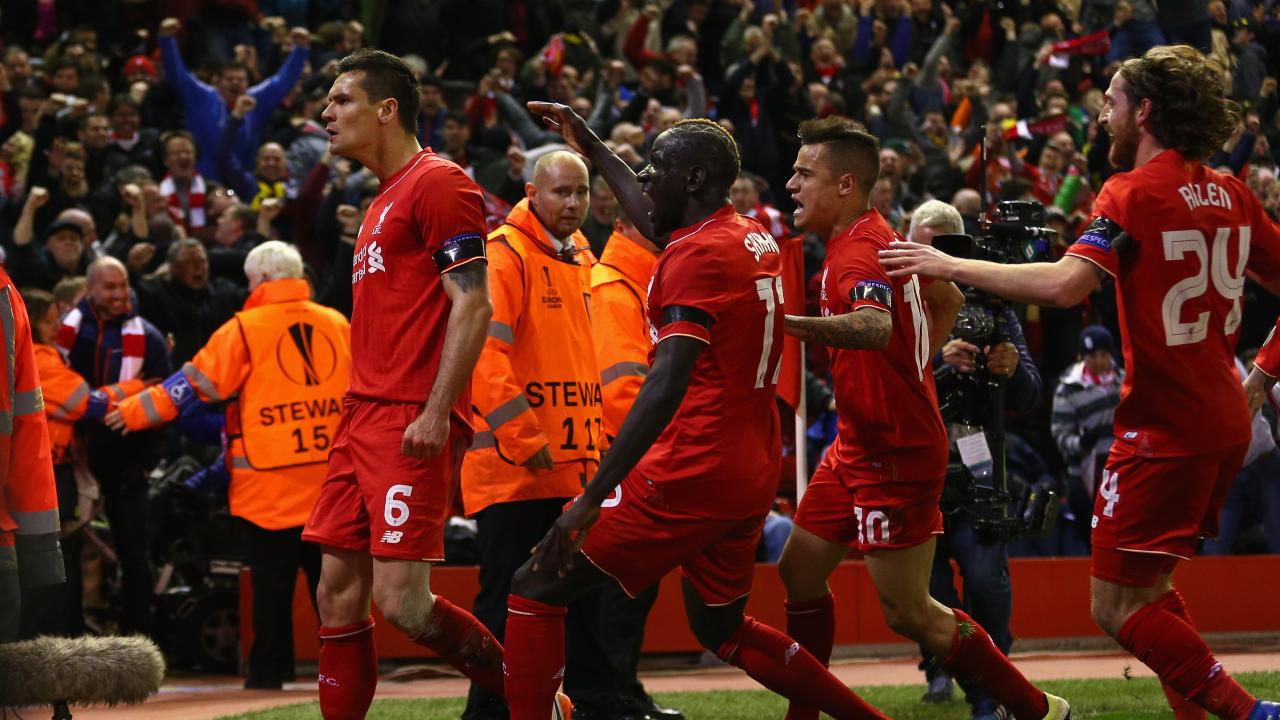 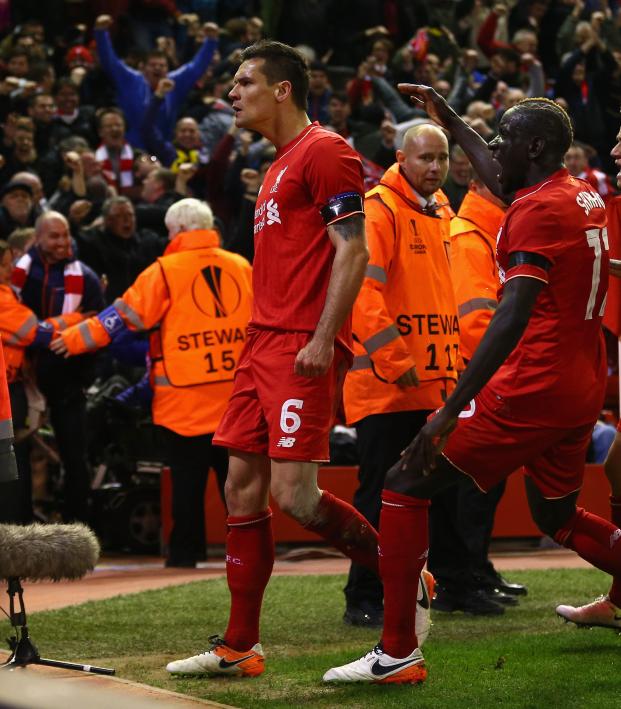 Anfield erupted as Ilkay Gündoğan's free kick flew wide and the final whistle blew. The Liverpool faithful had witnessed some remarkable European nights at their home ground, but perhaps none as exhilarating as this one.

The Reds had just completed a miraculous turnaround to claim a 4-3 victory over Jürgen Klopp's former team Borussia Dortmund to advance to the Europa League semifinals, 5-4 on aggregate. Before last year's famous Champions League victory over Barcelona, this game had a strong claim as Anfield's greatest European comeback.

Ahead of the match, the Liverpool team bus was greeted to a raucous welcome as it approached the ground. Red smoke filled the air as supporters crowded the streets and commandeered scaffolding to show off flags and banners.

Video from inside the team bus taken by Alberto Moreno. We willed that to happen tonight the Reds, willed it. #LFC pic.twitter.com/Qp36c10CTO

While the intention was as much to energize their side as to intimidate Thomas Tuchel's Dortmund, the Germans showed no signs of shock.

Dortmund sucked the air out of the home crowd as it struck twice within the first ten minutes, taking a seemingly insurmountable lead thanks to the away goals rule. After a point-blank save from Simon Mignolet on Pierre-Emerick Aubamayeng's volleyed attempt, Henrikh Mkhitaryan buried the rebound from inside the six-yard box four minutes in.

Four minutes later, after a turnover in the Liverpool half, it took just one pass from Marco Reus to put Aubamayeng through on goal. He took full advantage, putting Dortmund up 2-0 with a shot blasted into the corner past Mignolet.

Klopp refused to allow the Reds to roll over and quit, and shortly after the second-half kickoff his side got a goal back through Divock Origi. Emre Can, now a Dortmund player himself, exchanged a one-two with Philippe Coutinho before putting Origi in past the defense.

The Anfield crowd was silenced again just minutes later though, as Mats Hummels played a stunning through ball to Reus. Reus slotted past Mignolet to put the game seemingly out of reach once and for all.

Yet still the Reds refused to quit and Coutinho curled a rifled effort past Roman Weidenfeller from the edge of the box to make it 3-2 to Dortmund on 66 minutes. Mamadou Sakho's header from a corner 12 minutes later sent Klopp surging down the touchline pumping his fist as the sense of witnessing something special grew within the crowd.

Thirty seconds into stoppage time, Sakho's defensive partner Dejan Lovren capped an unbelievable rally as he leapt over everyone to send another header past Weidenfeller. The two Liverpool center backs, run ragged by Dortmund all evening, had more than made up for their lackadaisical defending.

As the Dortmund squad stood on the pitch stunned, Klopp's Reds saluted the crowd in front of the Kop. Speaking recently of the moment which etched his name into club folklore, Lovren said, "There are a lot of emotions when you score in front of the Kop, you saw the eruption ... It’s a moment I will never forget. It’s one of my favorite moments."

Lovren, among others, has credited that moment as a turning point for the club, a critical victory which helped to change the mindset within the team. That famous night was one of the first steps back towards the club's perch atop European club soccer, without which the comeback against Barcelona may not have been possible.

Four years ago today... A seven-goal thriller made a memorable night under those Anfield lights pic.twitter.com/tKPiKKle8i