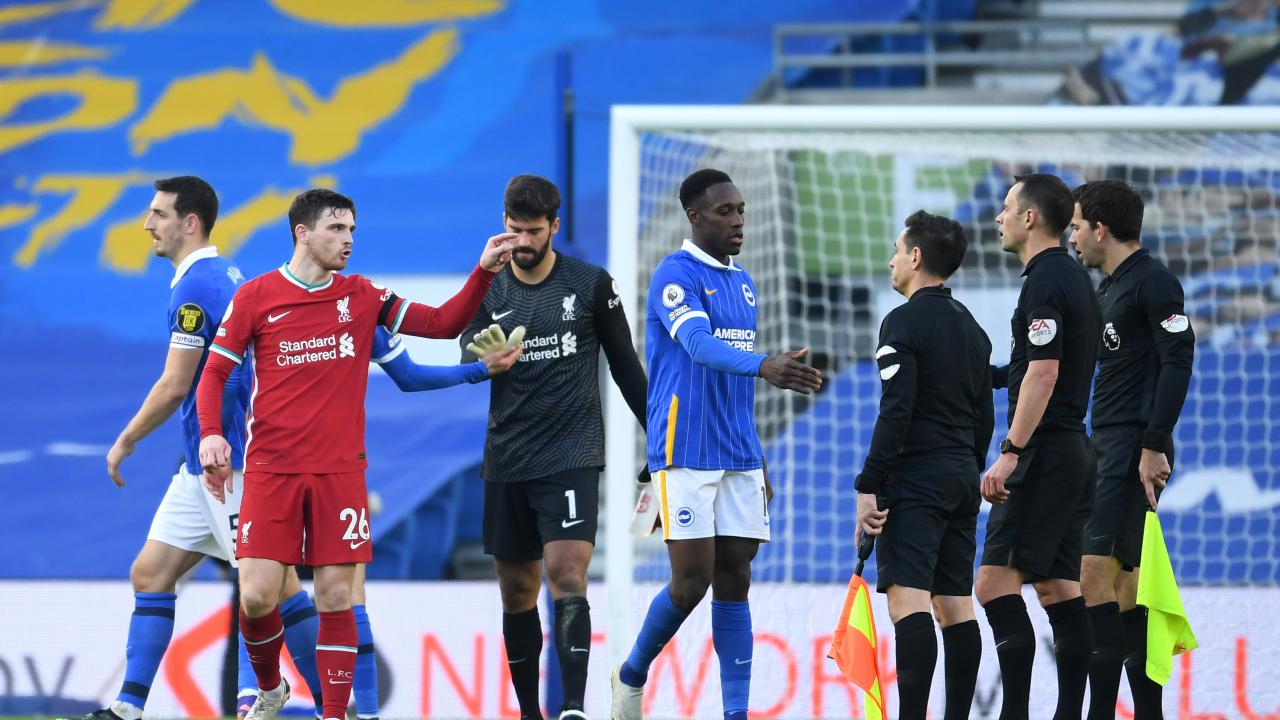 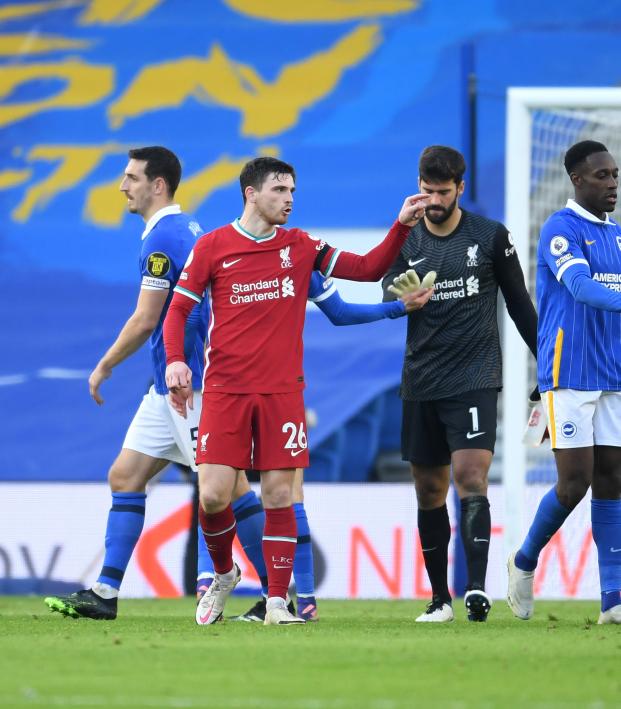 BRIGHTON, England — Liverpool captain Jordan Henderson said he would like to see the video assistant referee (VAR) system scrapped and a return to "normal" football, after three decisions went against the champions at Brighton on Saturday.

Brighton earned a 1-1 draw when they were given a stoppage-time penalty after referee Stuart Attwell was sent to the pitchside monitor and ruled that Andy Robertson had caught home striker Danny Welbeck as he cleared. Liverpool had two offside goals ruled out by VAR.

Henderson felt the penalty decision had been wrong and when asked if he would like to see the use of VAR abandoned, he said:

"I don't want to speak for anybody else but in my opinion I would. I just want to play football as normal," said the England midfielder.

"I saw Kevin de Bruyne saying in an interview they have changed so many rules we don't know what they are anymore. That for me is a big problem. We are talking about instances all the time and not the football. In my opinion I would rather play without it," he said.

"If they're offside, you do the line thing, then what can you do? The third one, I don't know, it's not a penalty. You can think I'm biased but if you ask four or five or their lads they will say the same thing... You feel as though there are a lot of decisions that go against you, but that decision for me today is baffling," he said.

"We are used to armpits. We have a toe today. It is how it is. I think the decisions were right.

"What do you want me to say? I said it was a penalty because the ref whistled it, after watching it," he said.

But Klopp did blame broadcasters for an injury to James Milner.

Klopp had already made his feelings known about the decision to have Liverpool play in the Saturday lunchtime slot after they had been in action in the Champions League on Wednesday.

Asked by BT Sport pitchside interviewer Des Kelly about whether Milner's injury, which led to him going off in the 74th minute, was a hamstring, Klopp said: “Yeah. Congratulations."

This Jurgen Klopp interview is a must watch

When Kelly asked if the German was blaming him personally for the injury, Klopp said: "No, but you work for them. Hamstring, surprise, and they had injuries as well. But ask Chris Wilder how we can avoid that."

Sheffield United manager Wilder had been critical of Klopp and other managers of big clubs demanding five substitutes be allowed again in the league, and over other issues.

Klopp said that the decision to put Liverpool on early Saturday duty put players at risk.

"After Wednesday, Saturday 12:30 is really, really dangerous for the players. You don’t do that often," he said.

Kelly argued that Liverpool's officials had agreed with other Premier League clubs on the contract for broadcasting slots for games.

Klopp responded that the special situation with a compressed schedule this season required a different approach.