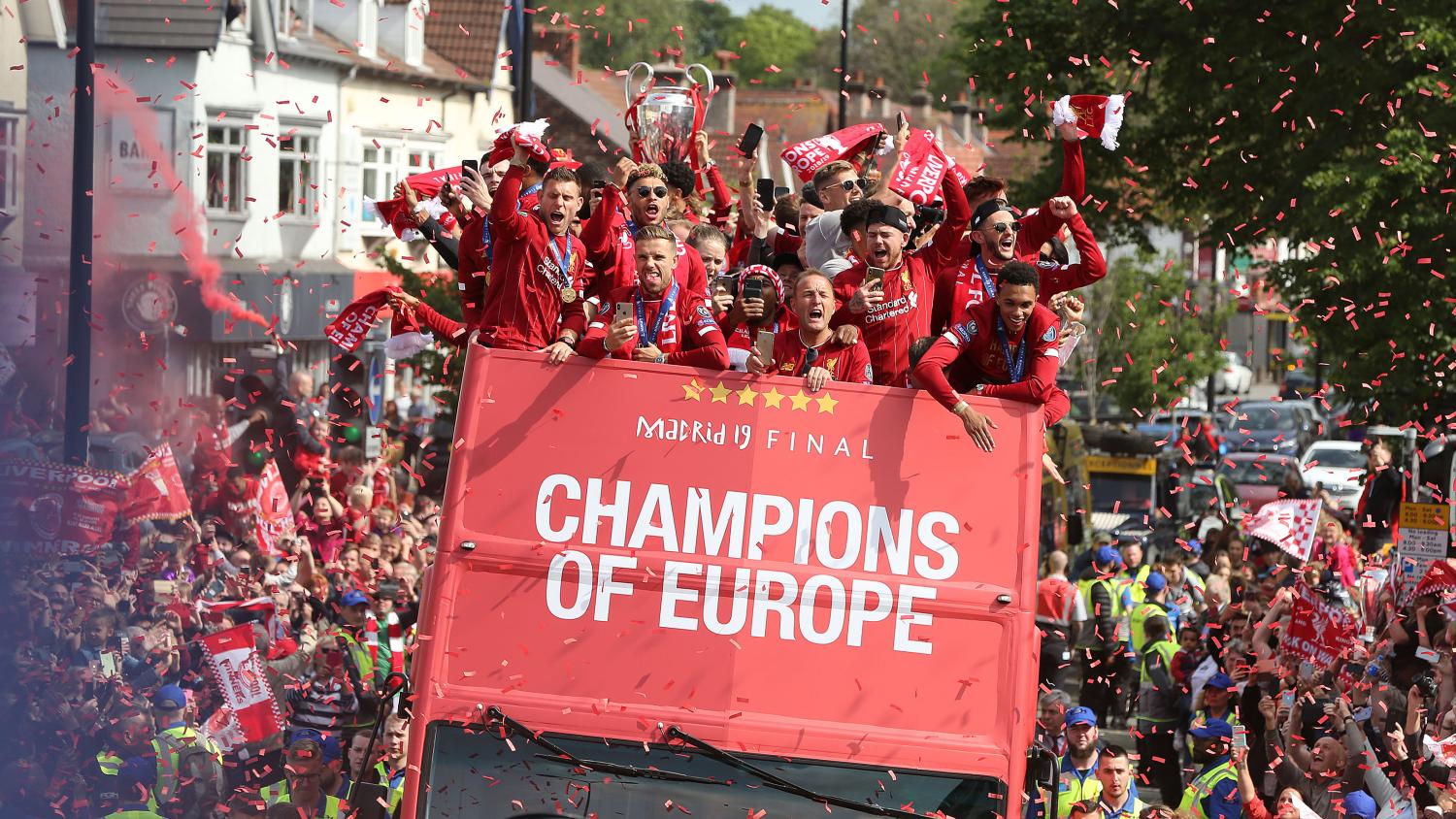 Liverpool was the place to be on Sunday.
Getty Images

Liverpool FC returned home on Sunday to present its sixth European Cup on an open-top bus parade through the city’s streets. It’s the club’s first major title since the 2006 FA Cup (no, we don’t count the 2012 League Cup), and a massive crowd turned out to greet the players and staff as they made their way around the city before finishing near Strand Street, where the River Mersey empties into Liverpool Bay.

The star of the show has been manager Jürgen Klopp, who finished runner-up in this competition with both Borussia Dortmund (2012-13) and Liverpool (2017-18) before finally triumphing at the Wanda in Madrid.

He’s been on the sauce for a few hours now… here's the timeline.

The boss taking it all in. EUROPEAN CHAMPIONS! #SixTimes pic.twitter.com/FqQmQnpjsN

Everybody knows a Brazilian likes a party, and goalkeeper Alisson is no different.

They’re having a good time in Liverpool.

Plenty of Reds are already out across the city to see the Champions of Europe. #SixTimes pic.twitter.com/Ww9n7KikFH