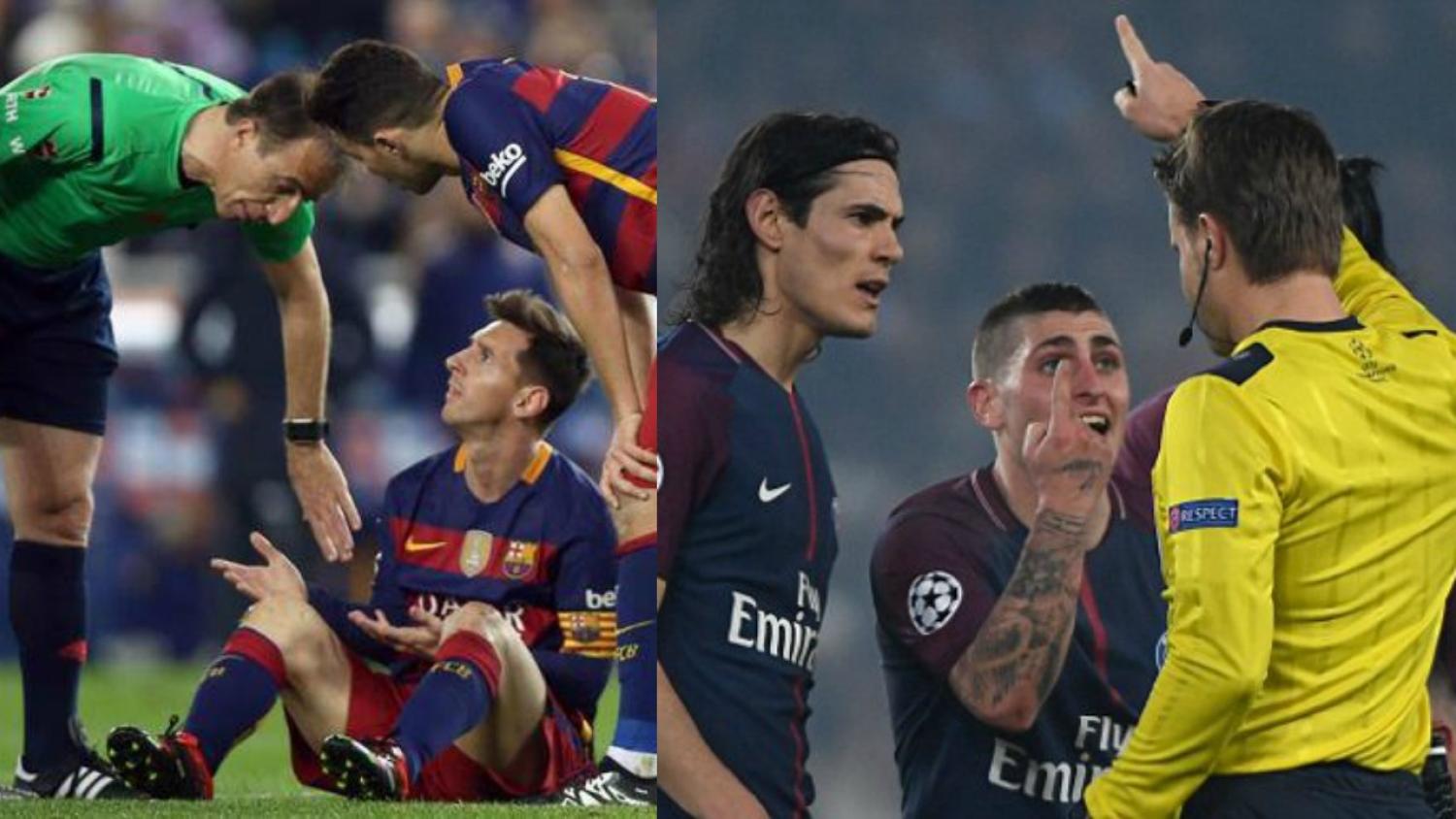 Verratti is sorry for his sending off against Real Madrid on March 6, but he’s not that sorry.
@BarcaNaija | Twitter

Paris Saint-Germain midfielder Marco Verratti has issued an apology for his sending off against Real Madrid in the Champions League, but the Italian international isn’t entirely repentant for his actions — he’s convinced German referee Felix Brych wouldn’t have shown a second yellow card to someone like Lionel Messi in the same situation.

With PSG trailing Real 4-1 on aggregate in the 66th minute, Verratti won possession back for his side outside the opponent’s box. However, with three Real players quickly surrounding him, Verratti lost the ball while screaming for a foul.

The Italian then claims that he said nothing insulting, but he tore after Brych like a Saint Patrick’s Day reveler tearing after some storefront glass.

Sitting on a yellow card from the 20th minute, Brych quickly produced Verratti’s second, this one for dissent. Just to add a bit of salt into the wound, Edinson Cavani would pull a goal back for PSG only five minutes later — it wasn’t exactly game on at that point, more of a “You really shat on our parade, Verratti” feeling reverberating around the Parc des Princes, for which Verratti has now apologized.

“I got it wrong against Real, but it was a red card out of frustration and sometimes referees could be more tolerant,” Verratti told La Gazzetta dello Sport. “It was a bad reaction but I didn’t insult anybody, whereas Messi goes around pointing his finger in the referee’s face and doesn’t even get punished. But anyway, I need to improve.

“PSG are not that far away from Real Madrid. We were convinced we could go through, but then certain incidents make the difference. It (being without Neymar) is like taking Messi away from Barcelona — they are players who make up 30 percent of a team. We’re lucky to have him. He cost a lot because he’s phenomenal.” 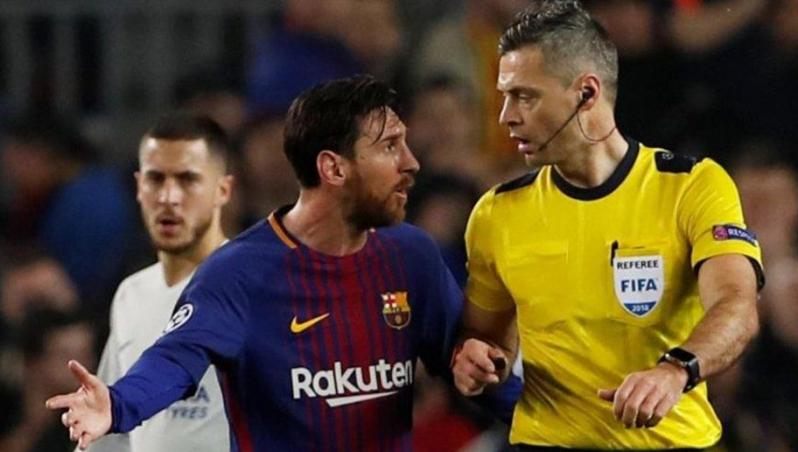 Messi speaks with the ref during Barca's Round of 16 match. Photo: @footieformation | Twitter

Messi has never been sent off in his Barcelona career. He’s been given 64 yellow cards, but he’s never been issued two in the same match. Verratti, of course, plays a deeper role than Messi and is involved in more of the midfield dirty work.

The sending off against Real was the seventh multiple booking game of the 25-year-old’s career (he was also sent off during last season’s group stage for an unsavory tussle with Arsenal’s Olivier Giroud).

Verratti, meanwhile, remains convinced that PSG’s project is on course for success and that the pieces will remain in place amidst rumors of a summer shakeup.

“I read that (agent Mino) Raiola had offered me to Barcelona — it’s a lie,” he said. “I’ve spoken with my management and they know what I think, and it is all clear. I’ve decided to stay. I’m utterly intent on winning with PSG, who gave me this opportunity to grow also as a man, and I share in an ambitious project.

“I hope my teammates also think like this because one defeat cannot erase everything. If we are to reach great objectives then we need great players. It’s so much easier with Neymar.”