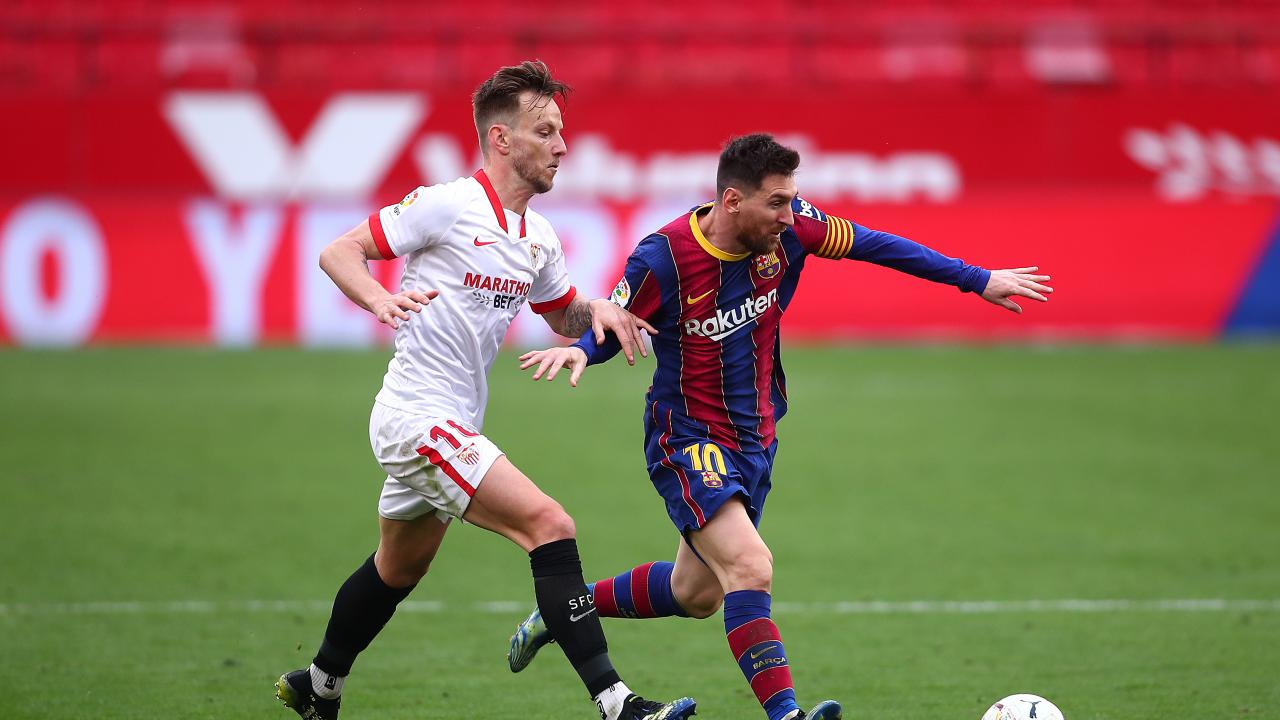 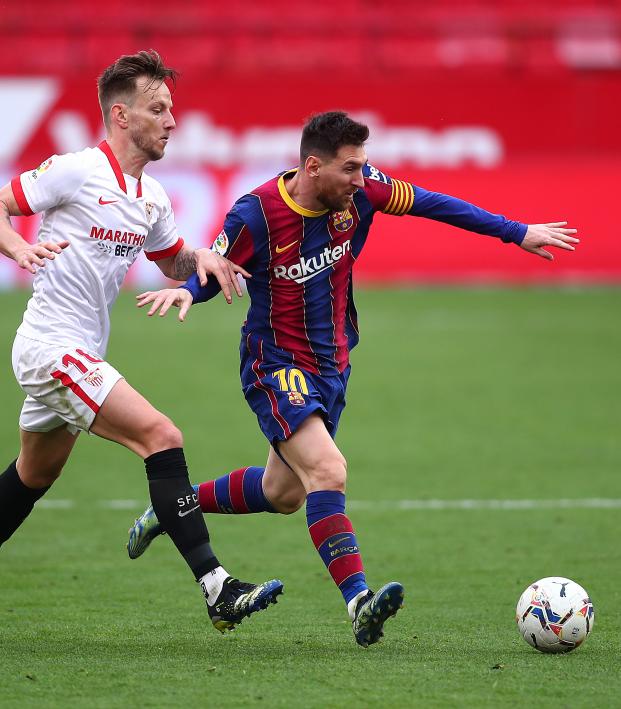 Travis Yoesting February 27, 2021
Only Lionel Messi scores goals like this.

Barcelona was nursing a slender one-goal lead for most of its match with Sevilla, the club directly behind it in the LaLiga standings. Lionel Messi had received the support Barça needed to be in position to win, but the Argentine hadn’t yet put his own stamp on the game. But as he does more often than not, Messi created a bit of magic late and helped Barcelona beat Sevilla 2-0 on Saturday at the Ramón Sánchez-Pizjuán.

In the first of two matches in a span of five days between the sides, the Blaugrana put in an impressive showing ahead of the Copa del Rey semifinal second leg back at the Camp Nou on Wednesday. The performance could give Ronald Koeman’s side enough confidence to overturn a 2-0 deficit in the Copa del Rey, which just might be Barça’s best chance at a trophy this season given its position in the LaLiga table and a 4-1 loss to PSG in the first leg of the Champions League Round of 16.

Ousmane Dembélé and Sergiño Dest had been standout performers for Barcelona, the former notching the first goal and the latter excelling at a right wingback position. That set the platform for Messi to do what he does best: score spectacular goals.

In the 85th minute, with Sevilla still looking like it could find an equalizer, Messi put the game to rest at the other end. After a quick one-two with Ilaix Moriba, Messi brilliantly danced around a defender before seeming to play another one-two off Sevilla keeper Bono before finishing to make it 2-0. The speed and technique of Messi’s dribbling is simply unmatched.

Another day in the office for Lionel Messi!

The Argentine picks up his 19th league goal of the season and gives Barcelona a 2-0 lead over Sevilla. #SevillaFCBarca pic.twitter.com/ldDyG3jm6d

Messi’s finish finished the game off and sent Barça at least briefly ahead of Real Madrid with 53 points. Los Blancos are a point back in third with a game in hand while Atlético Madrid is leading the pack on 55 points with two games in hand. The Madrid Derby is a week from Sunday (March 7).

As for the rest of the Blaugrana, American Sergiño Dest had some good moments going forward for Barcelona. Here he is nutmegging an opponent before being fouled and later in the match blasting a shot off the post.

More important than Dest was the contribution of Dembélé, who scored the opener in the first half.

Messi, as he so often does, played a perfect through ball and Dembélé supplied a confident finish, which is a bit of a rarity for him.

From Argentina to France with love ➡️

Early in the first half, Dembélé nearly had a brilliant assist, but for once it was Messi who missed an excellent chance created by his teammates instead of the other way around. Dembélé surged behind the Sevilla defense before cutting back to find Messi, but the Argentine blasted his first-time effort into outer orbit.

The miss nearly proved costly as Sevilla thought it had found the equalizer in the 80th minute only for the goal to be called back for a hand ball. Moments later Messi went on his marvelous run to close out the game.