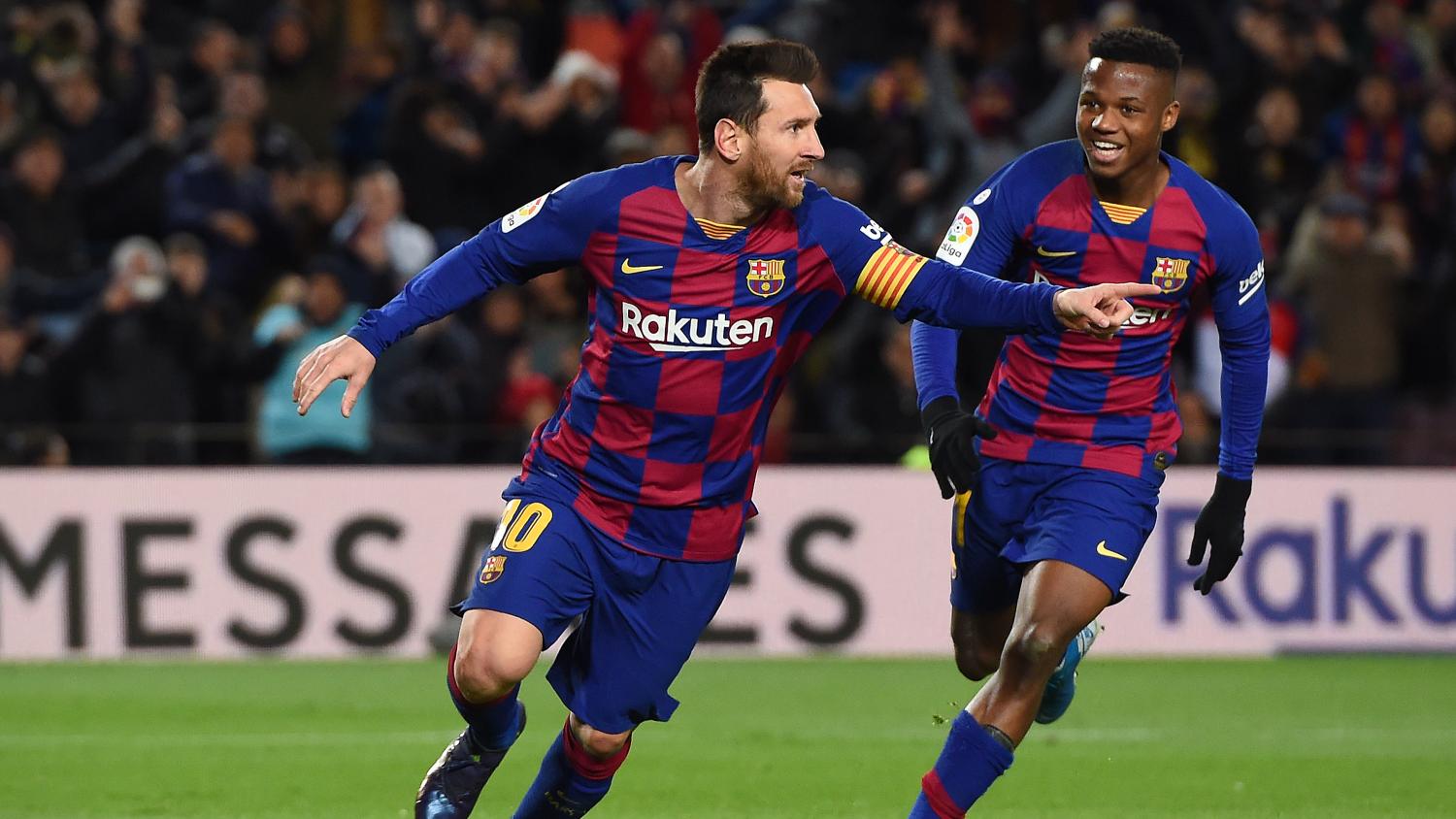 Barcelona's passing was slick, but Luis Suárez’s injury was certainly felt in the 1-0 win.
Getty Images

The Quique Setién era at Barcelona began with a 1-0 victory over 10-man Granada at the Camp Nou on Sunday evening. The game’s lone goal was a beautifully constructed move that finished with Arturo Vidal backheeling the ball into the path of Lionel Messi for his 14th goal of the LaLiga season.

For a myriad of reasons, we were never going to learn a lot about Setién’s Barcelona in this one. The 61-year-old was only appointed manager six days ago, and with Luis Suárez ruled out for four months and Frenkie de Jong suspended after picking up a red card against Espanyol, Barcelona’s starting XI probably wasn’t any different than what Ernesto Valverde would’ve selected.

Even Setién’s decision to drop Clément Lenglet in favor of Samuel Umtiti might’ve been made with one eye on next weekend’s trip to Valencia (Lenglet has four yellow cards and was a suspension worry.) Additionally, this wasn’t the sort of match that Valverde struggled with — Barcelona entered the game undefeated at home this campaign, and, historically speaking, they’d won all 23 previous encounters with Granada at the Camp Nou.

But it’s about a change in attitude and style with Setién, and there certainly was a different approach with Sergio Busquets, Vidal and Ivan Rakitić making up the midfield three while Antoine Griezmann, Ansu Fati and Messi made up the attacking trident.

In the first half, Barcelona controlled 82 percent of possession and completed 508 passes. However, that led to only two shots on target. Fati’s decision making in the final third wasn’t the sharpest, while Messi’s best opportunity ended up striking the side netting.

Still, Granada offered very little threat in the opening hour, so it was shocking to see Yan Eteki strike the inside of the post in the 66th minute with Marc-André ter Stegen beaten.

That would serve as the highlight of Granada’s night as center back Germán would be sent off three minutes later. The defender received two yellows in the space of 10 minutes — the first for a late challenge on Vidal and the second for a cynical lunge on Messi — and Barcelona would find its opener shortly after.

In the 76th minute, Messi played a sharp pass to the feet of Griezmann on the edge of the area. Griezmann quickly flicked possession to Vidal, who in turn released Messi in the area with a backheel. Barça’s passing was sharp all evening, so this was a fitting breakthrough.

The victory sees Barcelona return to the top of the table on goal difference. The team returns to action on Wednesday against Ibiza in the Copa del Rey Round of 32, and that’s followed by next Saturday’s trip to the Mestalla to play seventh-place Valencia.