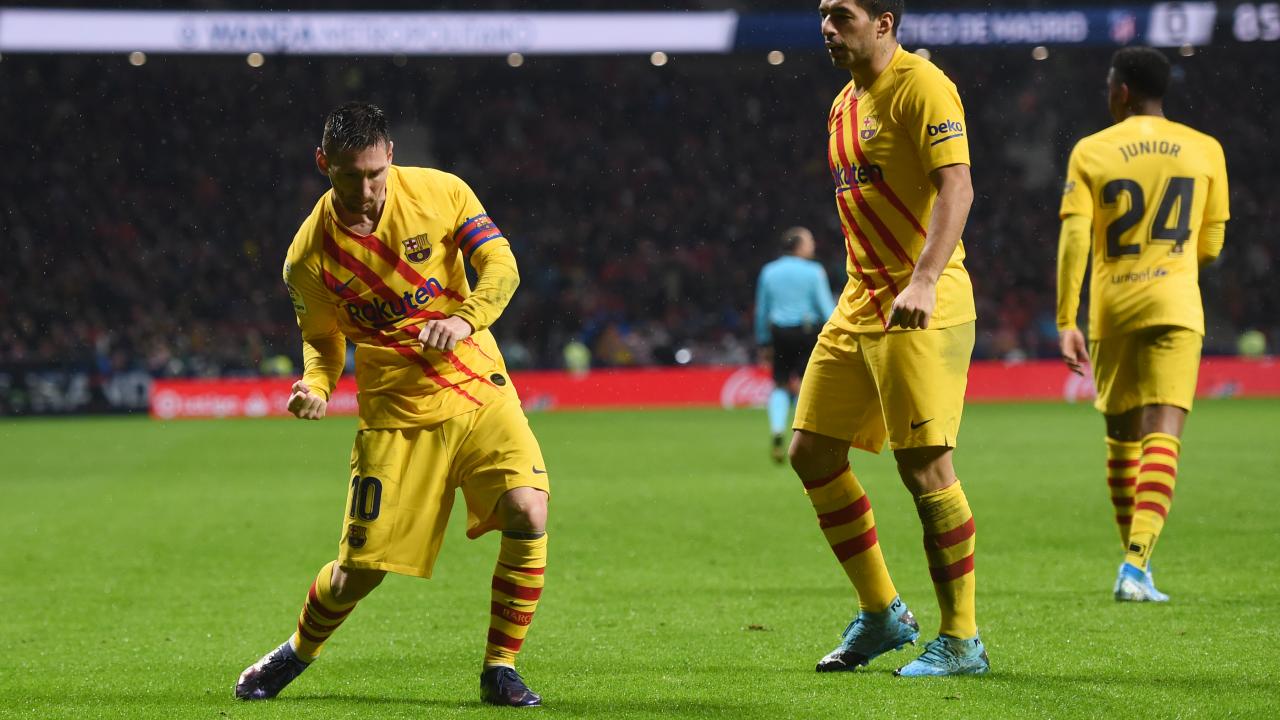 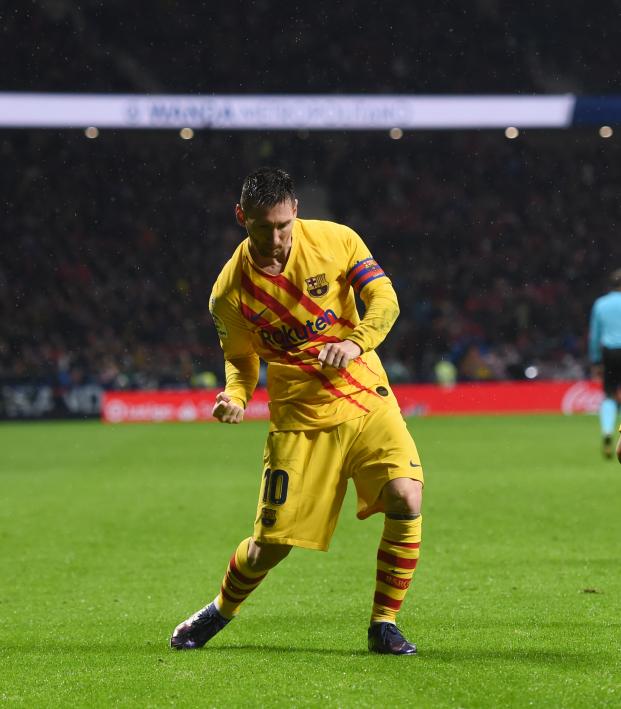 Messi And Suárez Combine For Magical Winner Vs. Atlético Madrid

Connor Fleming December 1, 2019
Barcelona returned to the top of LaLiga thanks to the usual suspects.

Barcelona returned to the top of the LaLiga following a crucial 1-0 victory over Atlético Madrid at the Wanda Metropolitano on Sunday, and it was a sensational Lionel Messi effort in 86th minute that secured all three points for the visitors.

While Messi will get the headlines for his moment of magic, Barcelona had Marc-André ter Stegen to thank for keeping them in the match up until that point. The German shot-stopper was only forced to make two saves throughout the entirety of the game, but he denied what looked like certain goals from Mario Hermoso and Álvaro Morata on those occasions.

It was always going to be a match of blood and thunder between these two title rivals, and that was exemplified by the eight yellow cards that were handed out and the treatment that former Atlético forward Antoine Griezmann received on his return to the Wanda following a contentious summer transfer to Barça.

In the end, Griezmann struggled to make any impression against his former club, but that made no difference to Ernesto Valverde since he’s got Luis Suárez and Messi to rely on.

It was those two that combined on Messi’s winning effort in the game’s dying embers. You can see Griezmann just trying to stay out of the way.

Messi fires at the Wanda!

Barcelona and Real Madrid are level at the top of the table on 31 points, but the Blaugrana have a one-goal advantage in goal difference. The two sides meet in this season’s first El Clasico on Dec. 18 at the Camp Nou.

Atlético is now in sixth, six points behind its rivals.