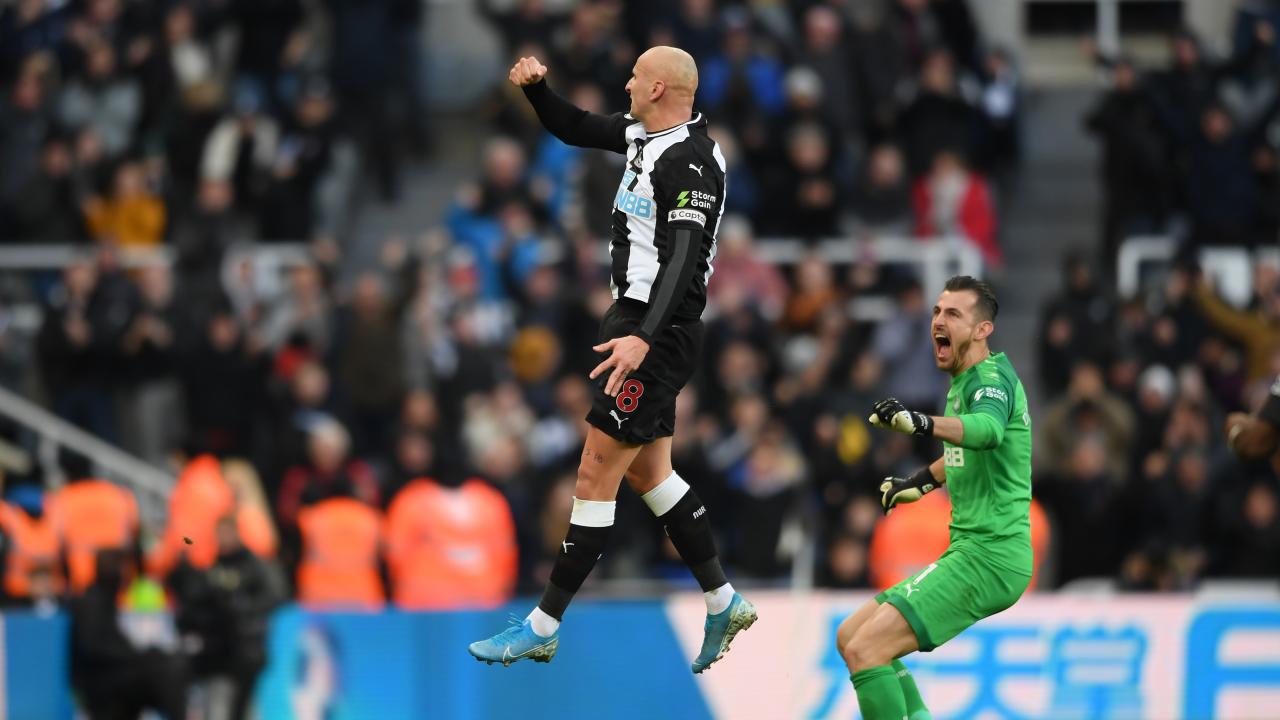 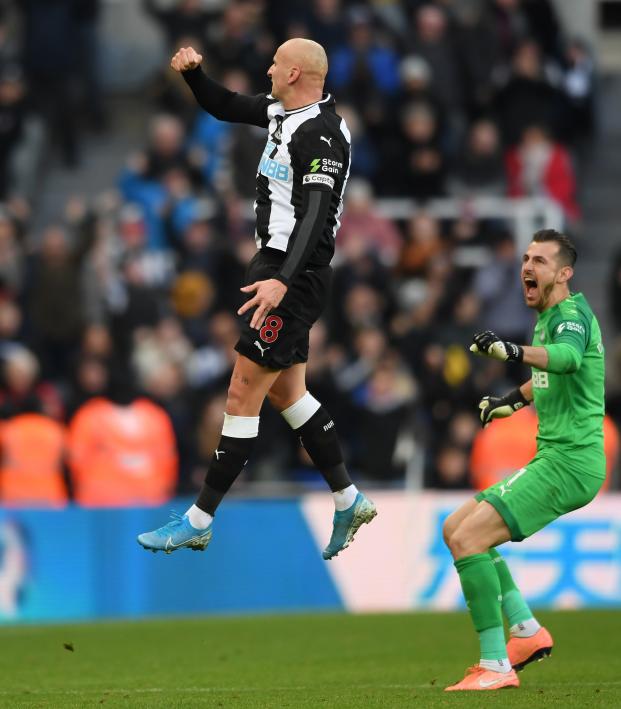 View From The Stands: The Crazy Reaction To Jonjo Shelvey’s Incredible Strike

Joking aside, it was another performance that showcased why Newcastle fans have been so patient with the 24-year-old Paraguayan (apart from the fact that the squad’s not exactly brimming with potential replacements).

It was probably Almirón’s best performance of the season as he was a constant menace on the right-hand side of Newcastle’s attack, using his pace to both provide cover for Javier Manquillo and to unsettle Benjamin Mendy all match long.

In the 25th minute, he exchanged passes with the overlapping Jetro Willems for Newcastle’s equalizer.

But his contribution was cancelled out in the 82nd minute when Kevin De Bruyne hit an almighty half-volley that contained an entirely satisfactory amount of violence. It appeared as though the Belgian wizard might’ve caught it too high, but such is the outrageous level of his technique that he was somehow able to control the venomous effort enough to send it thundering in off the underside of the crossbar.

But the match had one final turn in the 88th minute when Jonjo Shelvey brilliantly curved a one-time effort at the top of the box following an underrated assist from Christian Atsu.

The views from the stands at St. James’ Park are pretty extraordinary.

The draw will ultimately be important for Newcastle’s hopes of survival, but its biggest implications were for the title race — City now trails Liverpool by 11 points after 14 matches.

Shelvey, of course, had an ill-fated three-year spell at Liverpool between 2010 and 2013. The club didn’t buy him for much and ultimately made a profit from his sale to Swansea City, but the midfielder never really reached the heights expected of a Liverpool player and became somewhat synonymous (along with current teammate Andy Carroll) of the club’s former period of malaise.

Regardless, Saturday’s strike more than made up for all that — he’s now a Liverpool hero.

"We showed we've got a bit of character and spirit about us."

Goalscorers Jonjo Shelvey and Jetro Willems speak to @DesKellyBTS after a brilliant point for Newcastle... pic.twitter.com/HHFlc54qVe