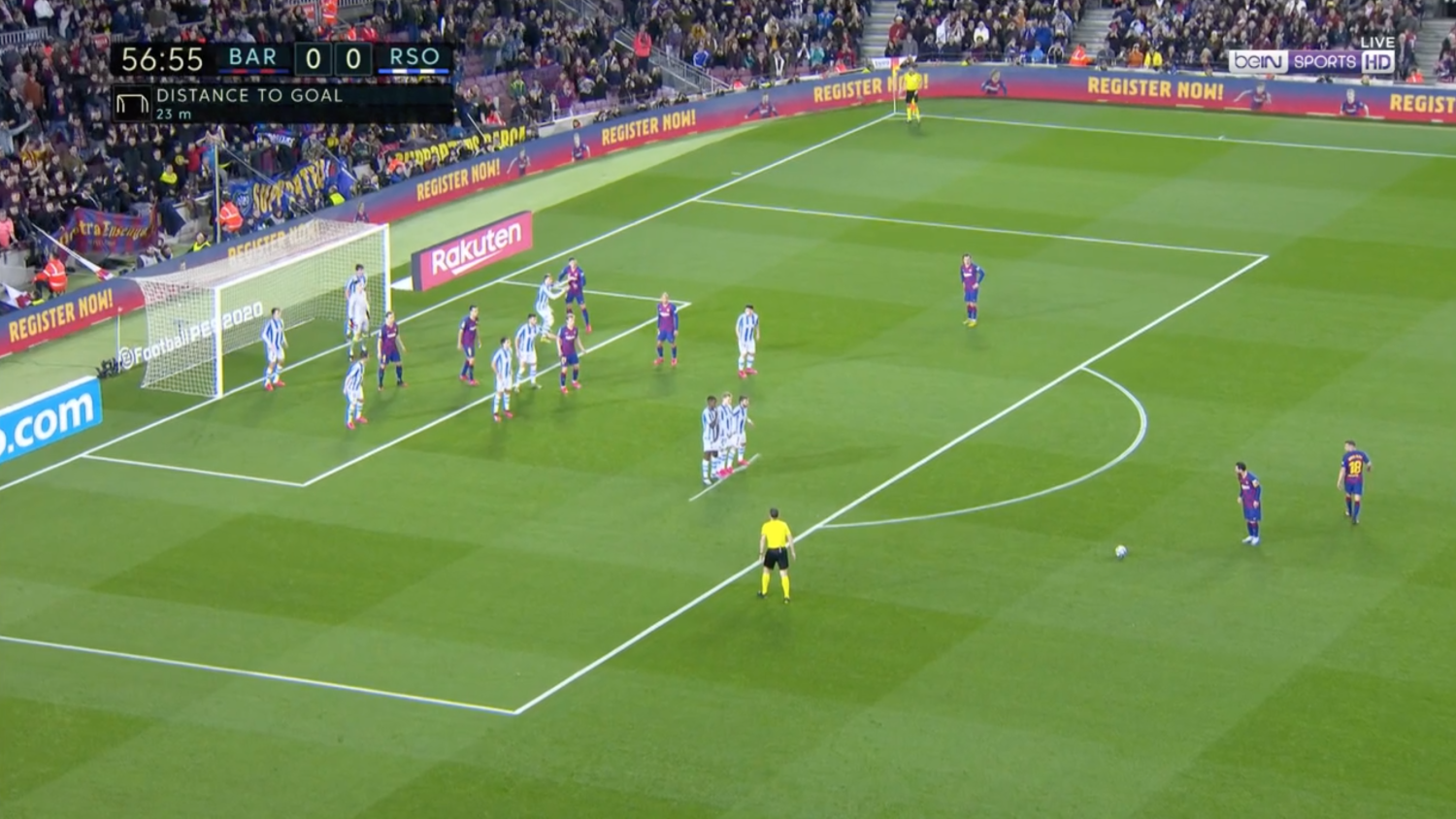 Defending Lionel Messi free kicks is one of the most terrifying experiences for a soccer team. If he strikes it the way he wants, which happens more often than not, there’s likely nothing an opponent can do to prevent a goal on a free kick from within 20-25 yards. Messi has scored 19 free kicks since the start of the 2017-18 season.

You can’t blame Real Sociedad for its tactics to defend against a Messi free kick on Saturday at the Camp Nou.

Locked in a scoreless battle in the second half, Messi stepped up behind a free kick to see the entire Sociedad squad in the box. The visitors didn’t worry about allowing Barcelona players to position themselves deep in the box without fear of being offside, instead focusing on blocking a path to goal for Messi’s god-like left foot. 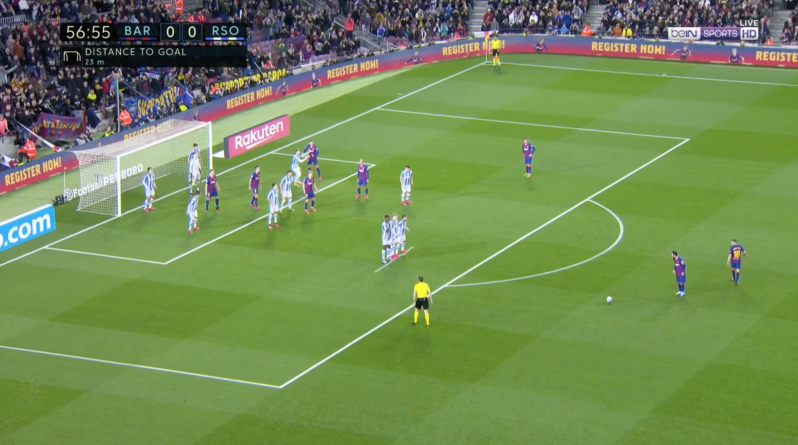 Here’s another image from behind showing what Messi was looking at as he took the free kick. 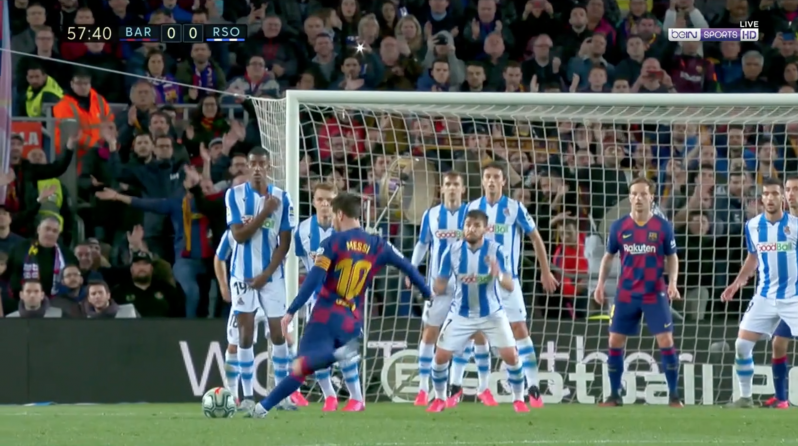 In the end, the ploy worked. Messi looked more interested in picking out a teammate deep in the Sociedad box than taking a shot past 11 players. Sociedad cleared his ball into the box and escaped unscathed.

But Messi would prevail with another type of free kick, one from the penalty spot after the VAR eyed a hand ball in the box. With only goalkeeper Álex Remiro allowed to defend, Messi buried his PK to give Barcelona a 1-0 lead in the 81st minute.

It's a late opening goal for @FCBarcelona as the Argentine calmly sinks in his penalty to get his 19th league goal of the season and makes it 1-0 to the Blaugrana.#BarçaRealSociedad LIVE NOW
beIN SPORTS
CONNECT https://t.co/LRYa03w6yI pic.twitter.com/LuVz2YIqOn

Barcelona held on for the 1-0 win to bounce back from the disappointing 2-0 loss to Real Madrid last weekend. The three points took the Blaugrana to the top of the table two points ahead of their El Clásico rivals, who play at Real Betis on Sunday.