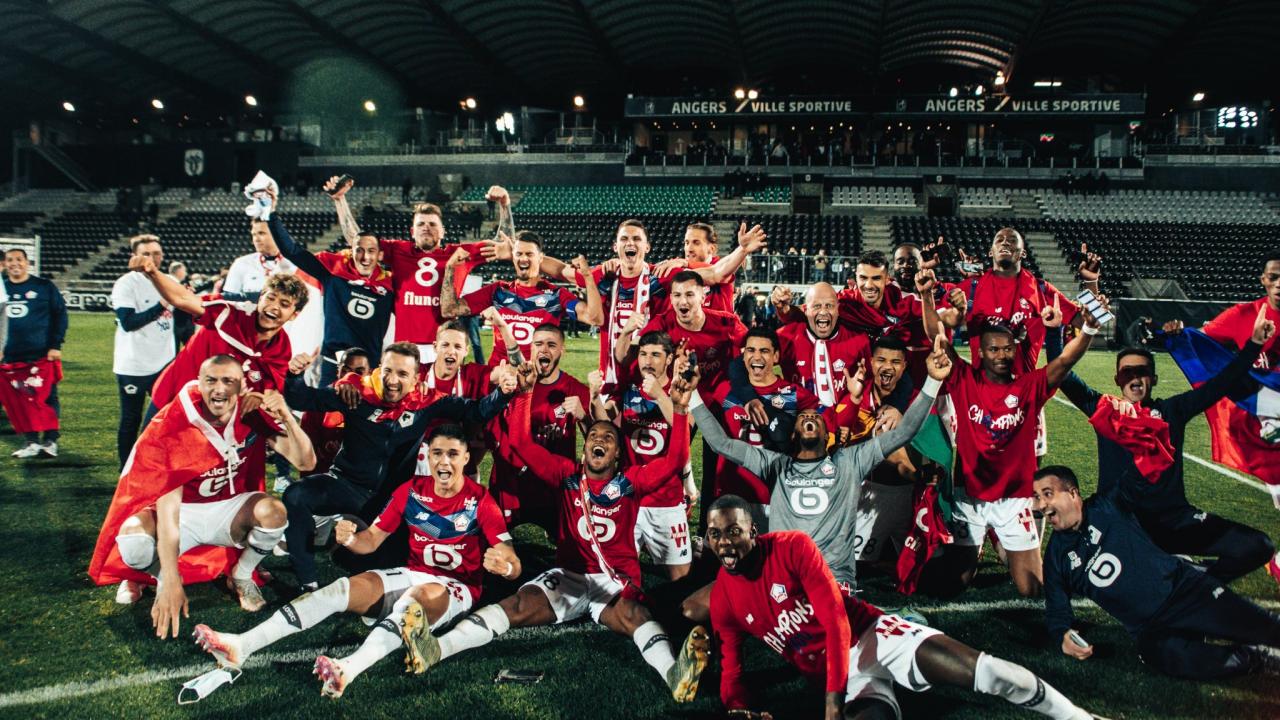 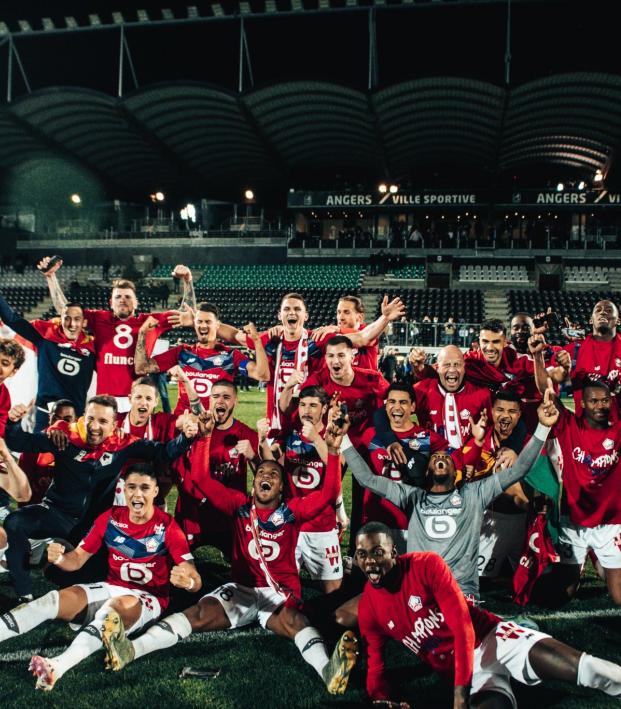 Lille Hangs On To Beat PSG To Ligue 1 Title

Reuters May 23, 2021
PSG needed to win and hope for a Lille stumble on the final day, but American Tim Weah’s side won 2-1 to lift the trophy.

PARIS — Lille clinched their first Ligue 1 title since 2011 as they beat Angers 2-1 away on Sunday, becoming only the second club since 2013 to break Paris St. Germain's dominance.

A goal by Jonathan David and a Burak Yilmaz penalty put Christophe Galtier's side on 83 points, one ahead of defending champions PSG, who had won seven of the eight previous titles and snatched a 2-0 win at Stade Brest.

"It was a long, tough day, we were under a lot of pressure and beating PSG on the last day is outstanding," said Galtier, who could be leaving the club after four seasons in charge following a change of president during the season.

Monaco secured third place with 78 points and a spot in the Champions League despite a 0-0 draw at RC Lens as Olympique Lyonnais slumped to a 3-2 home defeat by Nice to finish fourth on 76 and will enter the Europa League.

Olympique de Marseille drew 1-1 at Metz after the teams traded penalties deep into stoppage time as they ended up fifth on 59 points to also secure a Europa League place.

Stade Rennes, sixth on 58 thanks to a 2-0 home victory against Nimes, qualified for the Europa Conference League.

Nantes finished 18th after a 2-1 home defeat by Montpellier and go into a playoff against Ligue 2 side Toulouse. Nimes and Dijon were already relegated.

Troyes and Clermont have been promoted to the top flight.

All eyes, even those of PSG president Nasser al-Khelaifi through his phone, were on Lille's game at Angers as a failure to win by the northerners would have handed the capital side another League title provided they beat Brest.

But there was little suspense as Lille were 2-0 up at halftime thanks to David's cool finish and Yilmaz's spot kick.

Angelo Fulgini reduced the arrears in stoppage time for Angers.

PSG struggled against Brest and were lucky to reach the interval with a 1-0 advantage after Angel Di Maria's curled corner kick was deflected into his own net by Romain Faivre after Neymar had missed a penalty.

Kylian Mbappe added another in the second half at the end of a sharp counter attack to finish as the season's top Ligue 1 scorer with 27 goals.

"We lost the title. I'm only a player so it's not up to me to say what we should do apart from focusing on the future," said Mbappe.

Lille's compact and efficient style was rewarded at the end of a nail-biting season as the Turkish trio of Zeki Celik, Yusuf Yazici and Yilmaz worked wonders.

Galtier's side, who were five points behind PSG after 10 games, took the lead at the top for good with seven matches left when Jonathan David earned them a 1-0 win at the Parc des Princes.

They gave PSG a lifeline when they drew 0-0 at St Etienne last weekend, leaving the defending champions one point behind them.

But the consistency of Lille, who were never outside the top three after matchday five, eventually bore fruit.