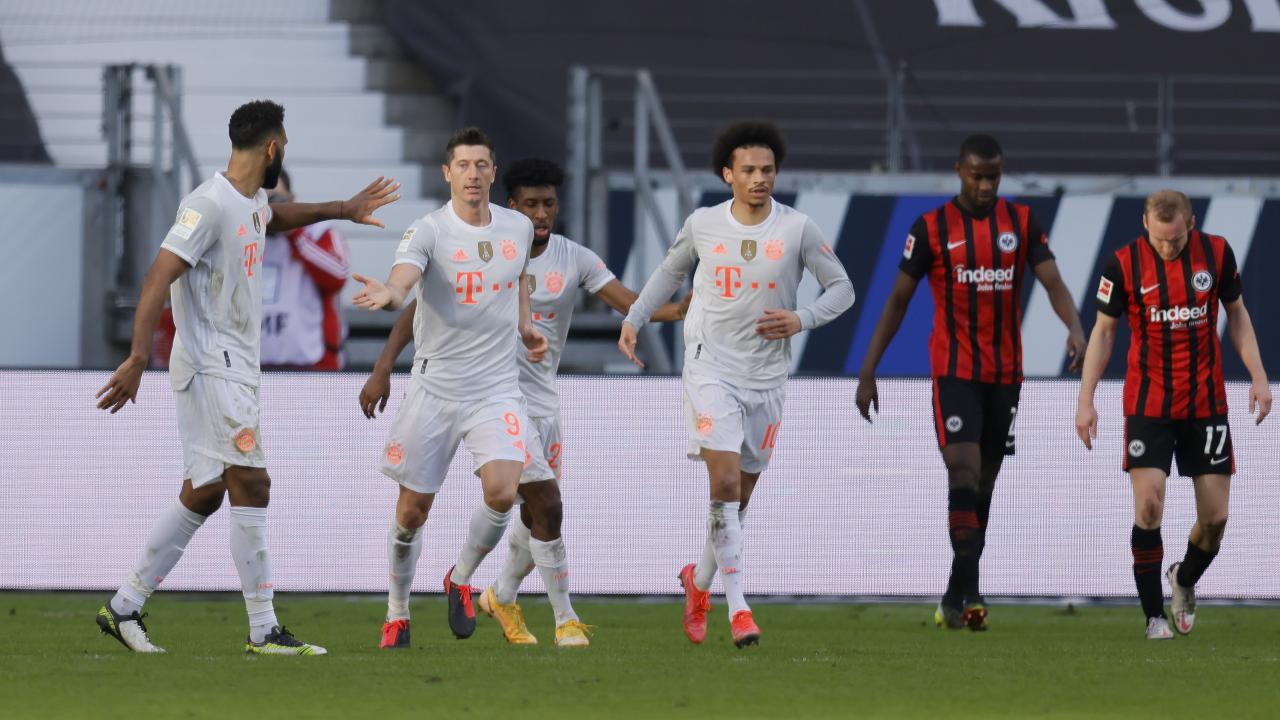 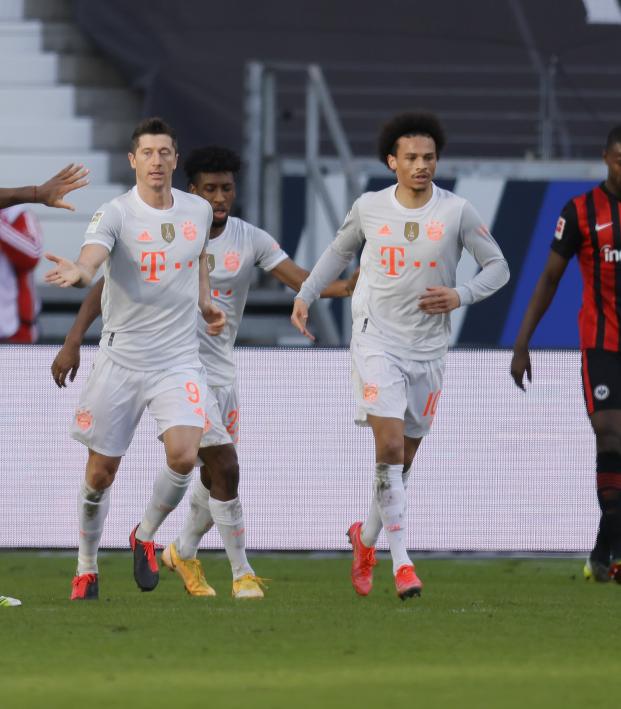 Travis Yoesting February 20, 2021
It came in a loss, but Sané’s assist was a thing of beauty.

There are a lot of questions being asked in Munich after Bayern dropped points for the second time this week, losing 2-1 to in-form Eintracht Frankfurt on Saturday. But no one can question the skill, panache and sheer brilliance of the Leroy Sané assist vs Frankfurt for Bayern’s lone goal.

Following a 3-3 draw with Arminia Bielefeld upon return from winning the Club World Cup in Qatar, Hansi Flick suffered his sixth defeat in 60 games in charge of the German giant on Saturday, a third in the Bundesliga this season. Daichi Kamada and Amin Younes struck in the first half and the defense mostly held firm in the second half to secure all three points. Mostly.

Though the visitors created their fair share of chances pressing for an equalizer, the lone Bayern breakthrough came following a bamboozling run from Sané.

Early in the second half, Sané absolutely diced two defenders to set up Robert Lewandowski for a goal. Using a couple of devastating cut-backs, Sané literally left two players on the floor before sending a ball to Lewandowski he couldn’t help but convert.

Lewandowski now has 26 goals in 21 league appearances this season. His current scoring rate has him on pace to potentially unseat the legendary Gerd Müller for most goals in a Bundesliga season. The former Bayern Munich and Fort Lauderdale Strikers forward scored 40 goals in the 1971-72 season. If Lewandowski continues his current rate of scoring and plays in every remaining league match, he’ll finish with 40 or 41 goals.

Despite the lovely display from Sané and Lewa’s insane goal-scoring record, credit must be given to Frankfurt, which actually won Saturday.

Kamada poked home a cross from Filip Kostic to open the scoring in the 12th minute. Then Younes did this.

What a strike from Amin Younes pic.twitter.com/9Ovy6l3DOo

Fatih was one of nine people shot dead in the Hanau terror attack one year ago this weekend pic.twitter.com/DK9m8aI3i0

The stunning finish, which left Manuel Neuer no chance, was a deserved winner as Frankfurt moved comfortably into fourth place with a fifth straight victory. Eintracht Frankfurt is now on 42 points, six ahead of fifth-place Bayer Leverkusen and nine ahead of Borussia Dortmund, Union Berlin and Borussia Monchengladbach.