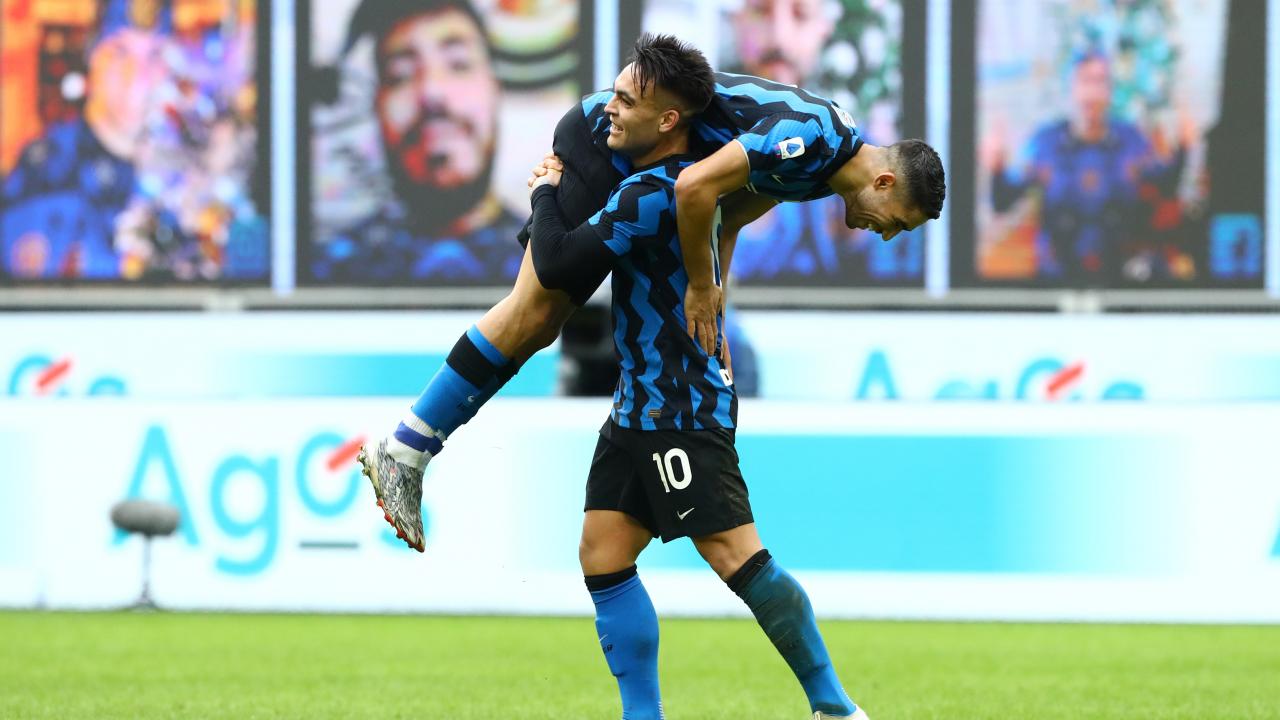 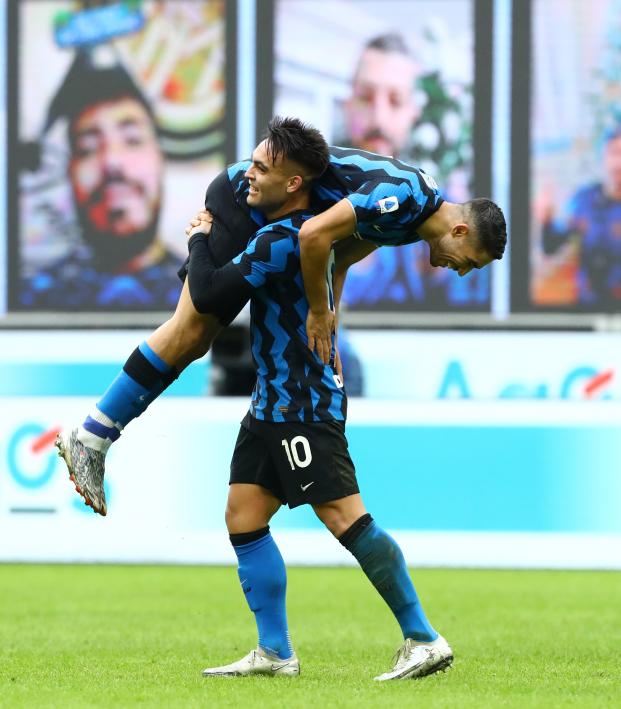 Reuters January 3, 2021
Romelu Lukaku also had a goal and an assist in the 6-2 win over Crotone.

Lautaro Martínez's first hat-trick for Inter Milan helped his side crush Crotone 6-2, earning their eighth successive Serie A win on Sunday and sending Antonio Conte's team top of the standings above AC Milan.

With their local rivals in action later on Sunday, Inter knew a win would see them go top, if only temporarily, but it was not looking promising as second-bottom Crotone took a shock 12th minute lead through Niccolò Zanellato. However, Romelu Lukaku sent strike partner Martínez through to level eight minutes later, before an own goal from Luca Marrone put Inter in front. A Vladimir Golemić penalty then leveled things up once again.

With the quality Inter possess up front, it was only a matter of time until they put Crotone to the sword in the second half, with Martínez brilliantly giving Inter the lead in the 57th minute before Lukaku added another seven minutes later. Martínez completed his first Inter hat-trick 12 minutes from time, before Achraf Hakimi put the icing on the cake with a late sixth to put Inter top on 36 points, two clear of AC Milan and seven clear of Roma, who also play later on Sunday.

Inter had the opportunity to get a head start in the only early kick off in the first round of Serie A matches after the winter break — the first time in over eight years that all 10 Serie A games will be played on a single Sunday.

But Conte's side struggled early on, and could have conceded more than Zanellato’s opener ahead of Lukaku's superb assist for Martínez settled the hosts. Yet, even on this run of successive wins, Inter have often made life difficult for themselves, and sure enough a clumsy tackle from Arturo Vidal saw Inter again pegged back.

The link up pay between Martínez and Lukaku was too much for Crotone in the end, however, as Martínez helped himself to two more and Lukaku scored his 50th Inter goal in all competitions to put the title chasers out of sight.