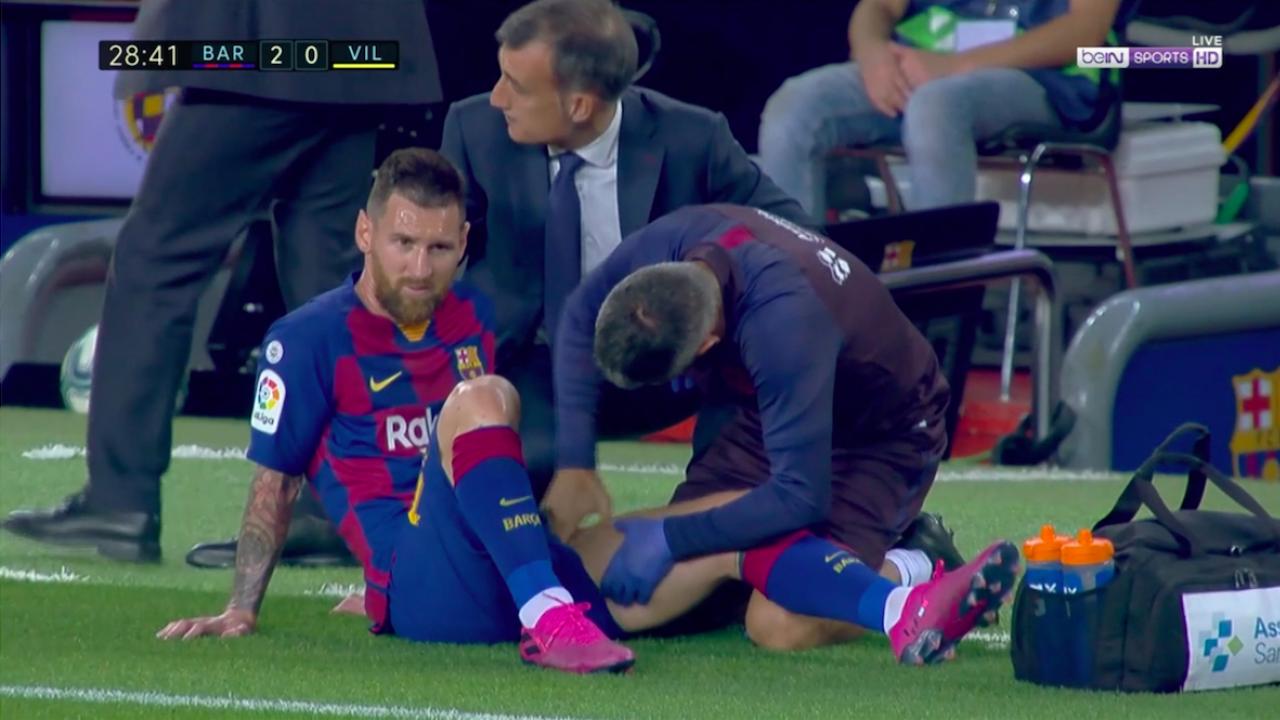 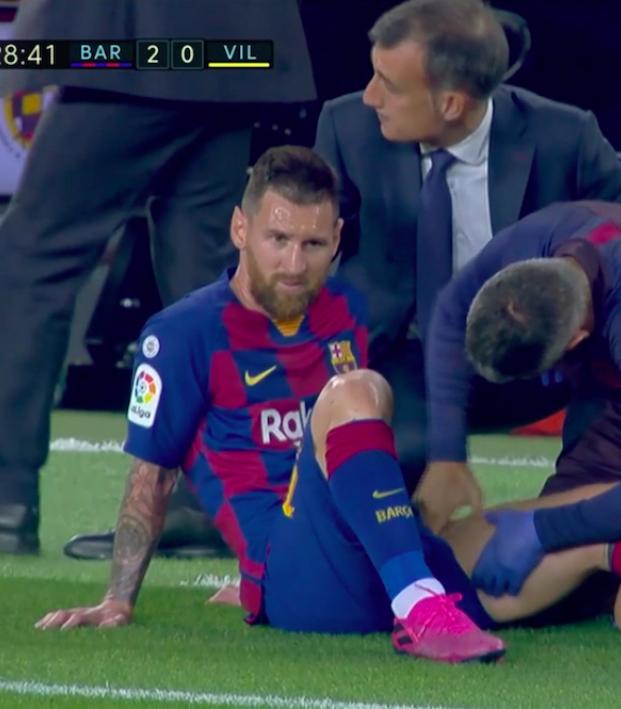 Messi Forced Off At Halftime With Another Injury, But Arthur’s Screamer Lifts Barça

Lionel Messi made his first start of the season against Villarreal on Tuesday and normalcy was restored to Barcelona for 15 minutes. Barça raced to a 2-0 lead over that period, but then Messi went down and the Camp Nou went quiet.

It certainly didn’t appear to be a recurrence of the calf injury that’s plagued him so far, and he carried on through the remainder of the first half — just long enough to see Villarreal pull one back through Santi Cazorla.

For all of Barça’s problems this season, the Camp Nou has remained a safe haven. It’s away fixtures that’ve come to represent an unending trip to Anfield, and the club’s quest for a first road victory since last April continues on Saturday with a trip to Getafe. But home is where the heart is, and that heart is a 5-7 Argentine with a beard like Abraham Lincoln.

In the sixth minute, Barcelona opened the scoring off a corner taken by Messi. Antoine Griezmann was on the finishing end at the near post after ghosting between two defenders and expertly directing his header crossbar down.

Less than 10 minutes later, Arthur doubled Barça’s lead with a firecracker from distance. Even the slo-mo replay looked violent.

Barcelona continued to dictate play but things gradually took a turn for the worse, beginning with Messi getting a brief deep tissue massage on his thigh. He’d come back out, but Barça’s lead was halved just before halftime by Cazorla.

It makes no sense, but Barcelona entered the match with LaLiga’s worst defensive record. It’s now six games without a clean sheet for the Blaugrana. Things immediately got worse as Messi failed to emerge for the second half. He was replaced by Ousmane Dembélé.

It got nervy in Catalonia. Villarreal began carving out some decent opportunities with Cazorla and Gerard Moreno pulling the strings.

Ernesto Valverde had elected to drop Ivan Rakitić entirely after the Granada fiasco, so Frenkie de Jong was brought on to inject some calm into the midfield. But nothing seemed to be working ... until Ansu Fati was introduced for Luis Suárez in the 78th minute.

The 16-year-old’s every touch brought electricity to the Camp Nou. He went on a blistering run before shooting over from an offside position, shot narrowly wide after engineering a bit of space and then almost conjured a penalty after going down while performing a Ronaldo Chop in the area. The VAR had a look but the contact was deemed sporting enough.

He later hurdled a challenge on the touchline to warm the cockles of Ray Hudson's heart.

The match ended somewhat comfortably for Barcelona, and the win lifts it to fourth in the table. For all the talk of its worst start in 25 years, it’s one point behind leader Granada. Turns out it’s been really, really, really good over the last 25 years, so "worst start" means absolutely nothing.

Barça returns to action on Saturday with a trip to Getafe. It’ll probably be Messi-less yet again, which is a recipe for disaster away from home.