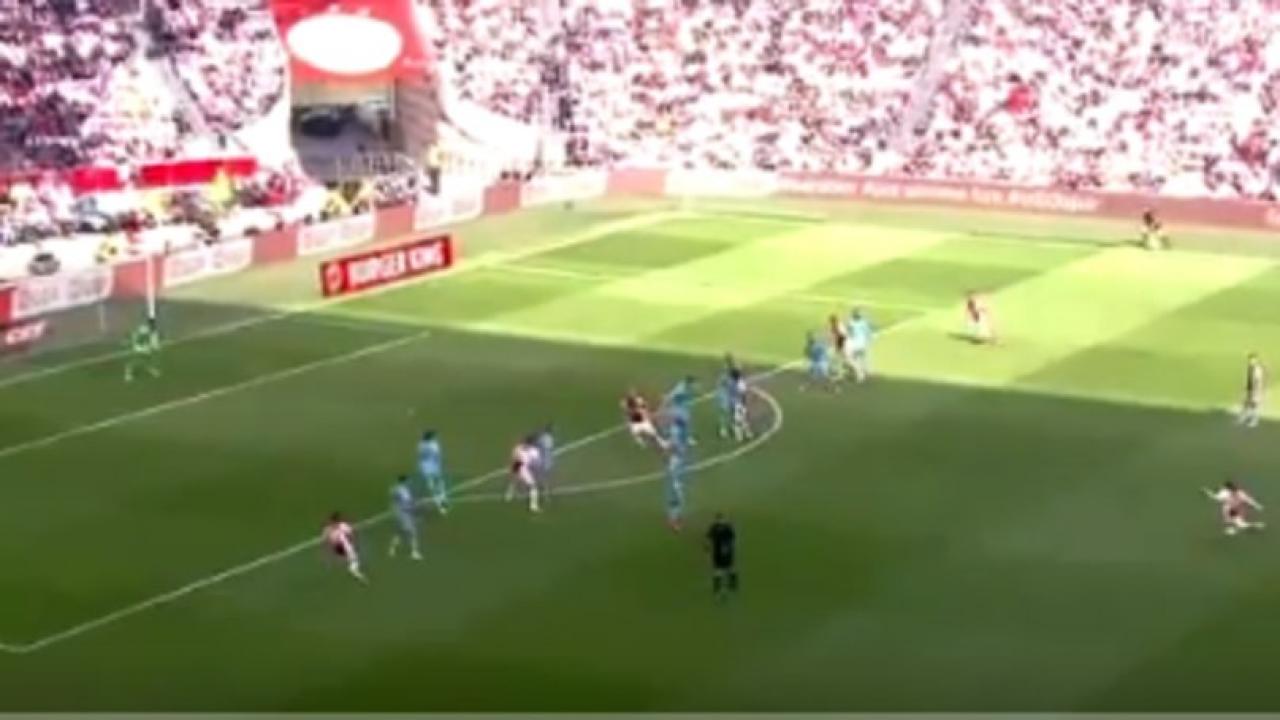 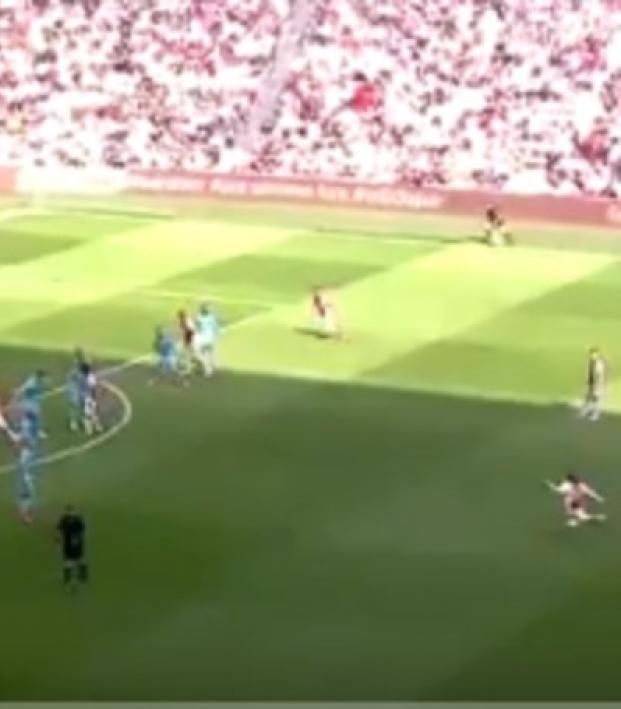 Just scoring a goal in De Klassieker, the biggest club football rivalry in the Netherlands pitting Amsterdam’s Ajax and Rotterdam’s Feyenoord, is grounds for footballing legend. Factor in the additional importance of this early goal being the impetus for Ajax’s 2-1 victory, a result which saw them close the gap on their most hated rival to only three points at the top of the Eredivisie table, and it’s bordering on folkloric status.

But then the goal itself…Ajax’s 30-year-old midfielder Lasse Schone thundered in a free kick from 40 yards out only 53 seconds into the match. You just cannot strike a football any better than this and with any better accuracy.

There’s no way the goalkeeper is getting anywhere near that with it’s power and trajectory — clipping the underside of the crossbar before crashing into the net.

This wasn’t the first time Schone had struck a free kick like this. If Feyenoord coaches had done their homework, they’d have probably put a wall in front of this Danish killer.