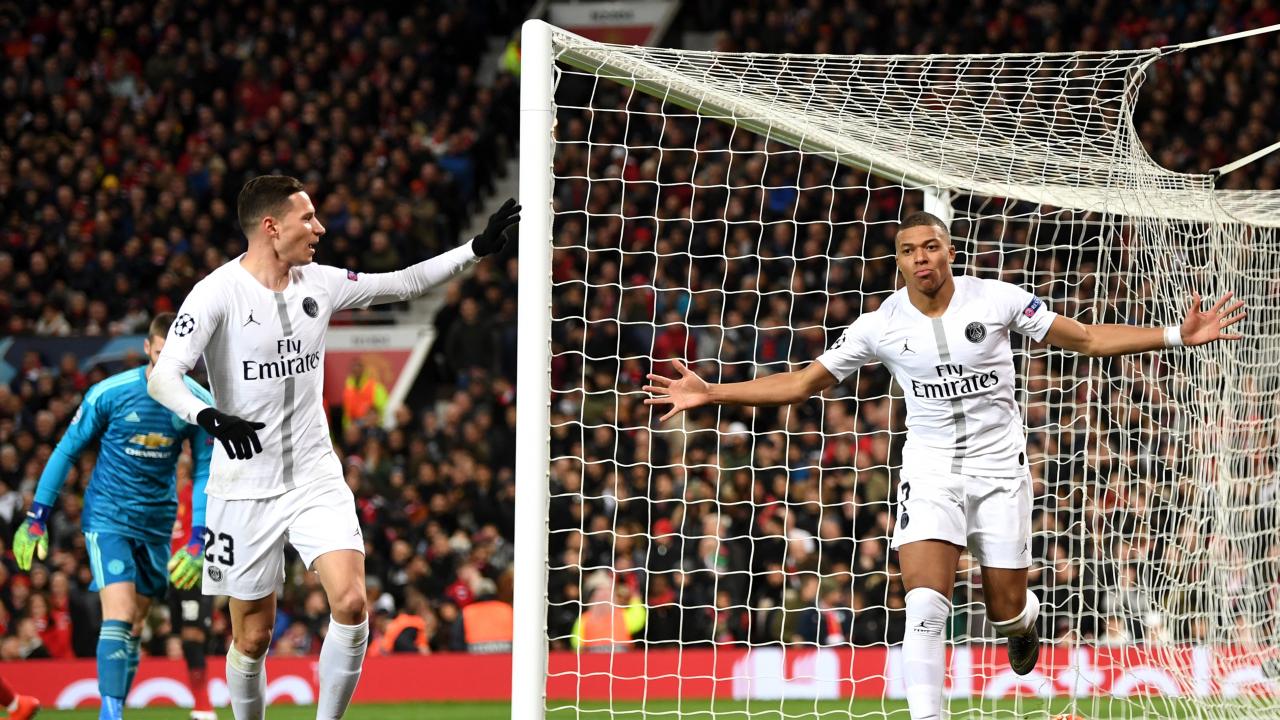 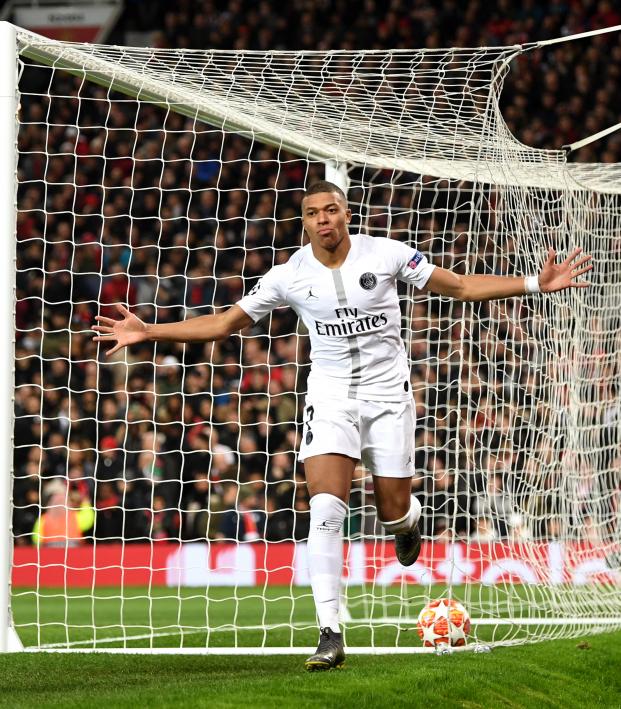 Travis Yoesting February 12, 2019
No Neymar, no Cavani, no problem for Mbappé, PSG.

Paris Saint-Germain was without Neymar. Without Edinson Cavani. Without Thomas Meunier. But Kylian Mbappé is still very much a fast, fast man.

PSG traveled to Old Trafford for the first time in its history for an anticipated clash with Manchester United. The fixture lost a little gloss when first Neymar and then Cavani went down injured, leaving Mbappé, the 20-year-old Frenchman, to lead the attack for one of Europe’s wealthiest sides (against another of the wealthiest).

Nonetheless, Mbappé was brilliant in two key moments to help PSG beat Manchester United 2-0 on Tuesday in the first leg of their Champions League Round of 16 tie.

Perhaps playing a bit conservatively, Thomas Tuchel left Mbappé a bit stranded at center forward, with Angel Di Maria and Julian Draxler often disconnected from the attack. Rare was the moment Mbappé could show off his pace and ability in the first half.

PSG was left lobbing crosses into the middle for much of the first half and into the second half. It’s a strategy that works with Cavani in the middle, but it’s not exactly playing to Mbappé’s strengths. However the young striker did turn one header on target, parried out for a corner early in the second half by David de Gea.

On the ensuing corner kick, Presnel Kimpembe was left wide open at the back post to make it 1-0.

Red Devils fans might complain that Kimpembe should’ve been given a second yellow earlier in the half for a challenge on Marcus Rashford (for which the referee waved play on), but PSG could counter Ashley Young could’ve been sent off after sending former Man U player Di Maria plunging into the stadium wall while already on a yellow.

With an hour gone, Mbappé ensured the visitors would return to France with a victory.

As the ball was played out wide to Di Maria, Mbappé had two center backs covering him. It wasn’t enough, the PSG man speeding between Victor Lindelöf and Eric Bailly to get to Di Maria’s cross first and make it 2-0.

Seriously, watch Mbappé, well behind the two defenders, race past the Red Devils as if they’re standing still.

The run from Mbappé

The dime from Di Maria  pic.twitter.com/QROMy8mSTI

Moments later, it was nearly 3-0 again thanks to the speed from Mbappé, however de Gea came up with a huge save.

Even without Neymar and Cavani, PSG is a scary team to face.

After the two goals, Ole Gunnar Solskjær’s squad poured forward in search of a goal. Despite the new Man U manager’s success since taking over for Jose Mourinho, he was helpless as the Red Devils lost for the first time under Solskjær. 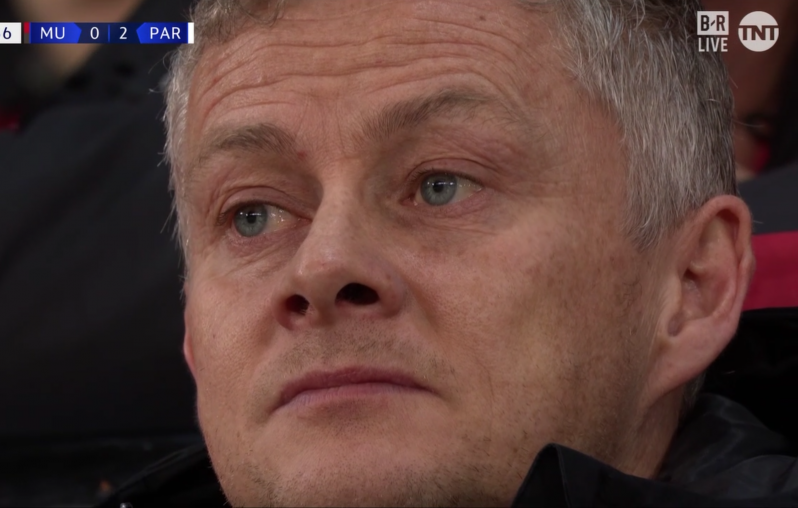 To make matters worse, Pogba was sent off in the final minutes for a late challenge on Dani Alves, picking up a second yellow card. Some might say it was harsh, but it was ill advised in the 89th minute of a match that was all but decided. Or you could just blame Shaw for the hospital ball.

By the end of the match, the traveling supporters were shouting “Olé!” for every PSG pass and Red Devils players lost their cool, Luke Shaw for one slamming into Dani Alves to earn a needless yellow card.

Now Manchester United will have to travel to Paris and overturn a 2-0 score line, without its best player. It’s not impossible against PSG, as Barcelona has shown in the past (albeit playing at home), but suddenly things aren’t looking good for a team that hadn’t lost in nearly two months.