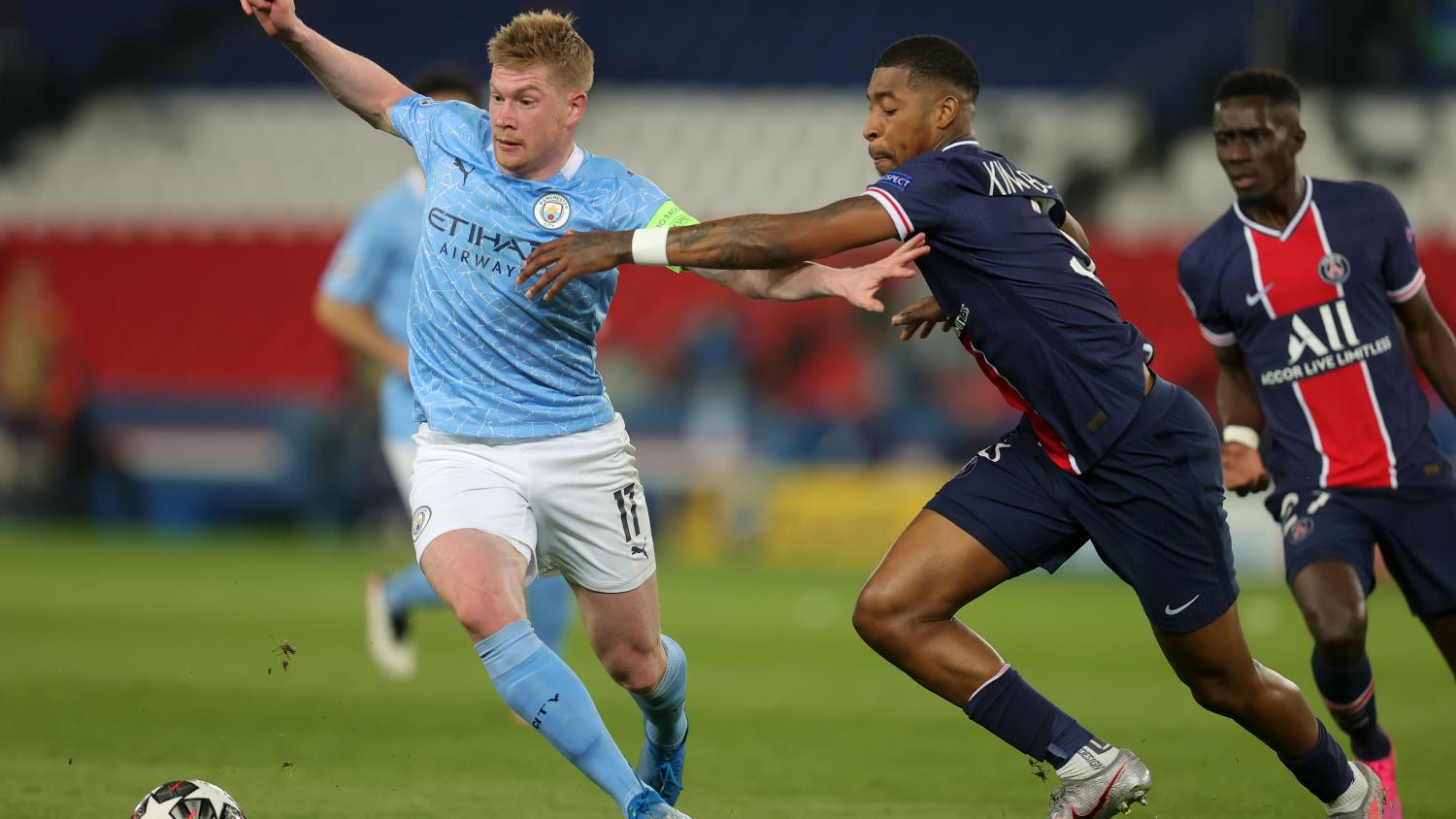 The 19th overall meeting between Mauricio Pochettino and Pep Guardiola ended in favor of the Catalan maestro, giving him 11 wins, five draws and only three defeats after Manchester City produced a rousing comeback against PSG on Wednesday to take a 2-1 lead back to the Etihad in the Champions League semifinals.

Whatever Pochettino said to his players at halftime at the Parc des Princes bears no repeating because those are cursed words. After an opening 45 of control, verve and malice, PSG succumbed to the collective brilliance of City in the second half with Neymar and Kylian Mbappé forced into the shadows.

It was all so unexpected after what we saw at the start. Neymar looked sharp and kept Kyle Walker pinned deep, while on the other flank Ángel Di María produced a masterclass that nullified João Cancelo's ability to get forward.

With City’s attack from the wide areas castrated, wave after wave of concentrated pressure came crashing down around Ederson’s goal. The breakthrough arrived in the 15th minute, and it was fittingly the godly left foot of Di María that found the head of Marquinhos off a corner kick.

Everything the 33-year-old Argentine touched turned to gold, but PSG failed to extend its advantage.

Ángel Di María's first half by numbers vs. Man City:

He's in the mood. #UCL pic.twitter.com/LJcVEG97Xc

The very start of the second half looked like more of the same with Neymar and Di María painting pretty little pictures all over the pitch, but this was effectively the end right here.

The flick on from Neymar. The through-ball from Di Maria. The strength and sharpness from Mbappe. These three. pic.twitter.com/tax0iwLZQK

In the 61st minute, Guardiola made his only change of the night — taking off the booked Cancelo and replacing him with Oleksandr Zinchenko — but suddenly City’s midfield came to the realization that yes, they are remarkably better than their PSG peers.

İlkay Gündoğan became the engine — completing a game-high 103 of 107 passes and three dribbles — while Kevin De Bruyne was suddenly involved in everything. Despite playing the “forward” role, the Belgian finished with 73 touches, which was more than any PSG player besides Marquinhos.

The man’s striding and probing from every which angle was clearly an uncomfortable exercise for PSG, and De Bruyne’s equalizer in the 64th-minute was fittingly excruciating for the home side.

Seven minutes later, De Bruyne made another wise decision: letting Riyad Mahrez take the free kick. The Algerian struck it straight at the wall, but apparently clubs like PSG and Juventus can’t be bothered with defending free kicks.

GOAL MAN CITY! The wall splits just enough for Riyad Mahrez, and City has full control now. 2-1 to the visitors in Paris! #UCL

Kevin de Bruyne on @Mahrez22’s free-kick goal: “He asked me if he could take it. I said: 'If you believe in yourself take it!' He scored the goal so who am I to say something about that." [via @btsportfootball]pic.twitter.com/xm9x2GSlqE

Idrissa Gueye’s red card in the 77th minute only further showcased how the midfield battle was lost, and PSG’s only saving grace was that they didn’t allow a third away goal.

The second leg is scheduled for Tuesday, May 4 (3 p.m. ET) in Manchester.