Kevin De Bruyne Doesn't Get Mad. He Gets Even.

Matt Jenkins December 16, 2017
One minute after Tottenham tried to neutralize Kevin De Bruyne with a tackle that should've earned straight red, he showed everyone why he just might earn Premier League player of the season.

Tottenham faced a league-leading Manchester City side on Saturday and tried to neutralize them with physical play. It did not go well. It especially did not go well when Dele Alli stomped on the ankle of Kevin De Bruyne. Like a midfield incarnation of Maximus Decimus Meridius, Kevin De Bruyne had his vengeance and it was oh so sweet.

It started with a relatively innocent-looking tackle from Dele Alli. 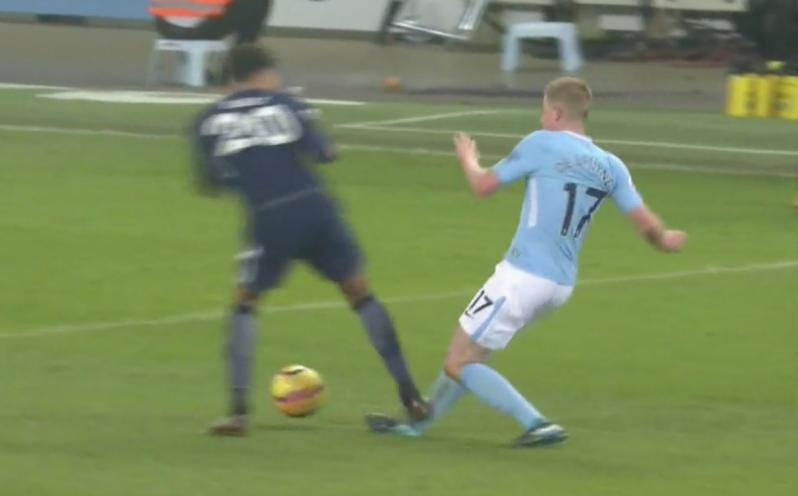 Nothing to see here.

OK, that was not so innocent-looking.

An instant after returning to the pitch, De Bruyne unleashed an epic golazo that even this Tottenham fan had to admit was pretty sweet. Note the use of his unstomped-upon left foot.

Right, enough of this. Time to activate the De Bruyne smash (:@NBCSportsSoccer)pic.twitter.com/iq81c8hm31

It's OK Tottenham. We can lose together this season.