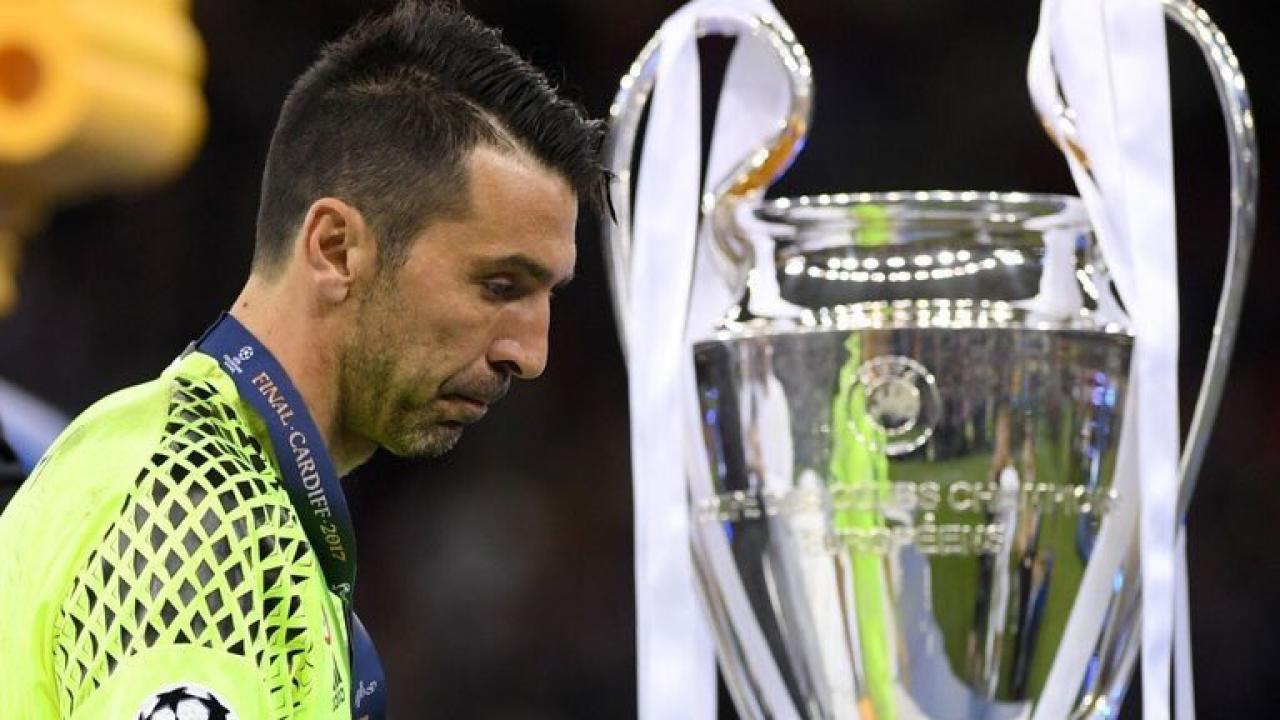 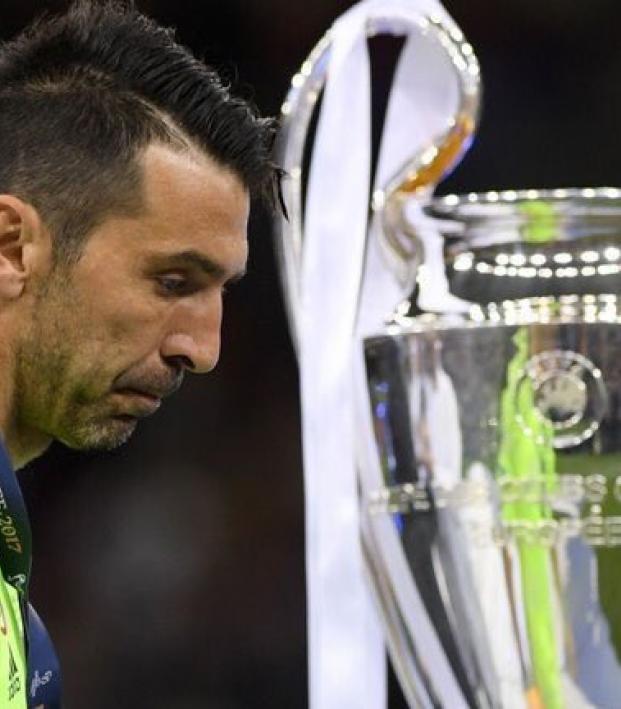 What’s Next For A Juventus Side That Failed To Deliver On Its Promise?

Huw Thomas June 6, 2017
Juventus targeted Champions League glory this season, but Real Madrid proved to be too much for the Italian champions.

In 2015, a battling Juventus side fought its way to a Champions League final. Overachieving in Max Allegri’s first season as manager, they were roundly beaten by Barcelona. Domestically, the club was enjoying a renaissance. Winning back-to-back-to-back titles, the 2015 final put them well ahead of their post-Calciopoli schedule (the 2006 Italian football scandal that saw Juventus relegated to Serie B).

Juventus wanted to dine at the top table of European football once again. They wanted to be a powerhouse. In the two years since, they’ve become increasingly focused on winning the Champions League.

This Saturday past, they played in another final. In the time since their last appearance, they’d shattered the Italian transfer record in terms of both buying and selling, entirely restructuring the front end of their team in the process. Combining the brilliant defense with a luxurious and expensive array of attacking options, this Juventus team were far better prepared for European competition.

And then they were roundly beaten by Real Madrid. But are Juventus still so far away from that top tier of European teams?

There are other articles which will be better prepared to break down the match into bite-sized chunks. The long and the short of it is that - after starting the game well - Juventus found themselves a goal down in the first half. They fought their way back into the game with one of the best goals to grace a Champions League final. And then halftime happened. After the break, the match changed. From matching their opponents blow for blow, Juventus seemed overwhelmed.

The goals came from obvious sources. A forty-yard deflected daisy cutter from Casemiro was surely the way everyone expected the game to be won. Cristiano Ronaldo and Marco Asensio placed cherries on top of the embarrassing trifle, as Juventus looked increasingly whipped, clogged and sodden. For 45 minutes, Juventus were rightfully striding about the pitch as one of the best teams on the planet. For the remaining 45, they were whipping boys. It all went wrong.

It’s difficult to judge the performance by Juventus. Any judgement on this match is, by consequence, a judgement on their season. Having dedicated every resource to winning this trophy, the loss in the final affects every other aspect of what has been an otherwise excellent year. A title and a cup victory is not to be sniffed at. But it does not feel like enough. There is no better representation of this issue than the performance of Gonzalo Higuain.

There is no other way to say it, Higuain was rubbish. The Argentine is no stranger to wandering around aimlessly in a final. Here, playing against his old club, his only involvement of note was to chest the ball to Mandzukic, setting up the goal. He was a bit-part player, an unmentioned extra as the story was told around him. He was rarely a threat, consummately marshalled by Raphael Varane and Sergio Ramos; shut down to the point of anonymity. 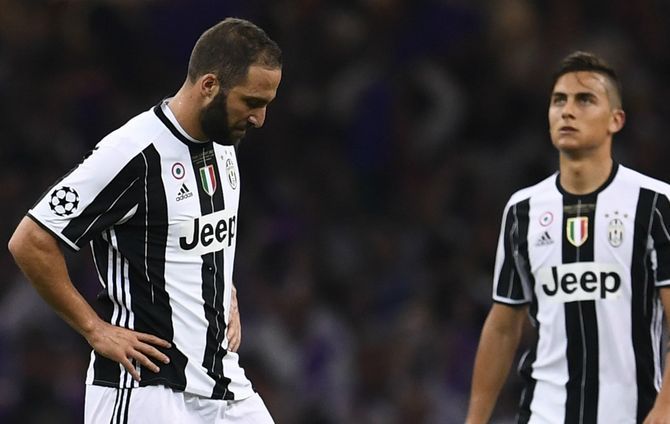 Higuain has been a target for criticism since the start of the season. Controversially prized from Napoli for an eye-watering sum, he has appeared overweight at various points of the year. He has scored goals. He has scored important goals. There’s no denying how essential he has been to Juventus winning the league and the cup this year. But he was not bought to win the league or the cup. This was the one match where Higuain could have answered every single critic. The silence was deafening.

In the semifinal against Monaco, Higuain was excellent. He was instrumental. He demonstrated the exact set of skills which he had been brought into the team to provide. A lethal eye for goal, the ability to bring other players in the game and to add a veneer of quality to an already high-quality team. Come the final, however, that performance was nowhere to be seen.

Juventus have won the league six times in a row, now. They have won the Coppa Italia fewer times but that trophy is of less consequence. The domestic gluttony had given way to a European hunger. Juventus spent big in order to satiate themselves and no player represents that more than Higuain. But the European famine continues. The apparent aim of the season was to win the Champions League. To bow out with a whimper - with such a feeble final 45 minutes - is unquestionably a failure.

But if Juventus have failed this season, it’s because they have set their objectives so high. While they soared towards the sun, the remaining Serie A clubs looked on with envy. Roma, following what was essentially an abdication of Juventus’s attention from a presumably-settled title race, racked up a record points total. Napoli played some of the most aesthetically pleasing football on the planet. Elsewhere, Milan and Inter have already begun to spend.

The league is rumbling back into life and Juventus may not hold their hegemony for much longer.

Juventus are not on the level of Real Madrid, Barcelona or Bayern Munich. These are the super clubs, the three titans who straddle the semifinals of the Champions League and possess a certain sense of entitlement, the prerogative to lift it at the end of every season. Competing against the weaponized egoism of these super clubs is tough.

But in the semifinals and amongst the final four, there is a fourth spot open: a potential place for another super club to move into the fray. It may well be Juventus. But it might not.

As well as the rest of the league preparing to challenge Juve, there is another issue. The failure to win a single game of football is in itself an annoyance, but there is always next year. But for Juventus – uniquely - there is a bigger problem. There are only so many finals you can lose before you begin to garner a reputation, before a psychological complex begins to form and fester. Juventus cannot afford to reach another final and lose; they are already gaining a notoriety for falling at the final hurdle.

More than anything else, this is the barrier Juventus will need to overcome. As their domestic rivals begin to take aim, Juventus must lay their own ghosts to rest and lift the trophy for their own sake.

From the perspective of Serie A, Juventus occupy a strange headspace. They are at once the most loved and the most loathed of teams. For every fan crushed by Saturday evening’s result, there is likely one who is chuckling to himself and reveling in the disappointment. Such is the price of success.

When Juventus set their sights above and beyond the Scudetto, they did so with the reasonable assumption that they would more-than-likely win the league without devoting their full attention to each and every one of the 38 games. This has proven to be true, just about.

But it makes it more difficult to pity Juventus in these circumstances. They strived for greatness, they sought to be the best they could be, to reach out and place themselves among the highest echelons of the current footballing royalty, but they fell short.

In August, they will be back down in the dirt with the rest of the league. They will have to wait to prove themselves once again. They will probably win the league next year, anyway. But – as of this moment – even more teams will be even more motivated to beat them. Juventus’s ambition may become their undoing; their failure in the final enough to reveal their humanity.

Real Madrid did to Juventus what Juventus have done to so many Italian sides. Madrid showed that Juventus were far more human than anyone had thought. They can be beaten. They can be dealt with like the rest of us, swatted aside and thoroughly outclassed. Some of the polish has been knocked off the Italian champions. And next season’s Serie A should be all the better for it.