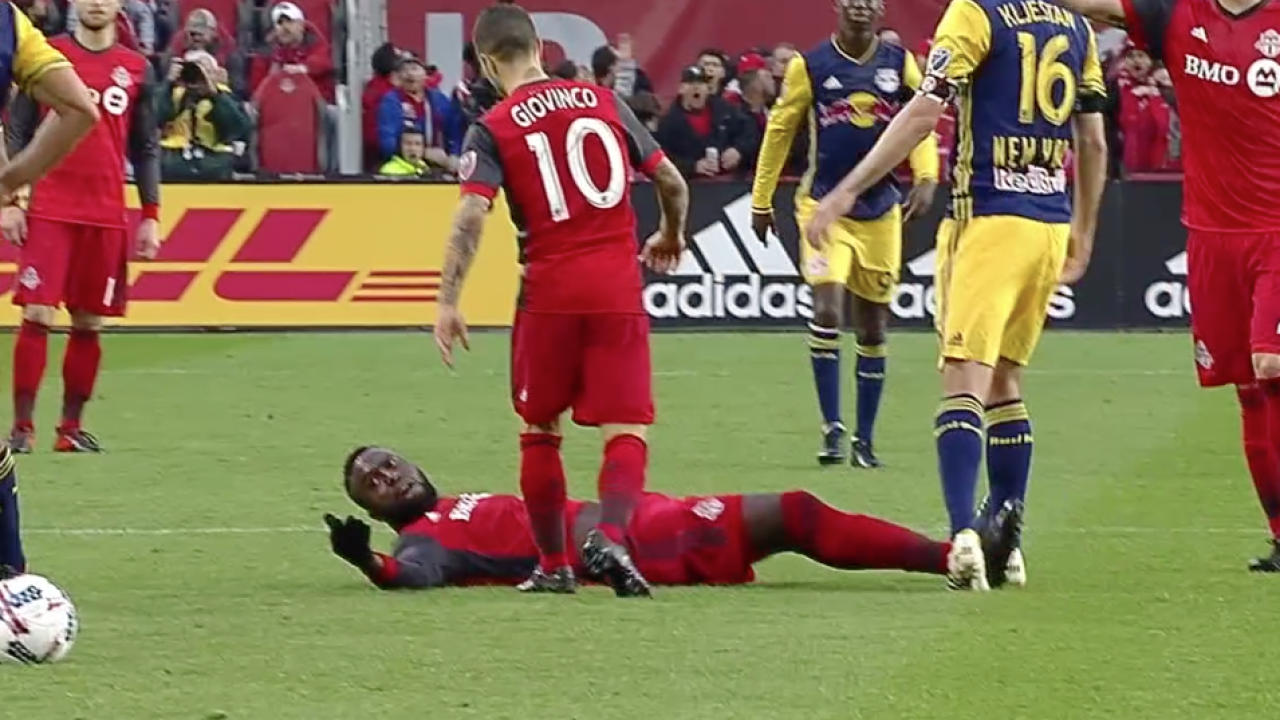 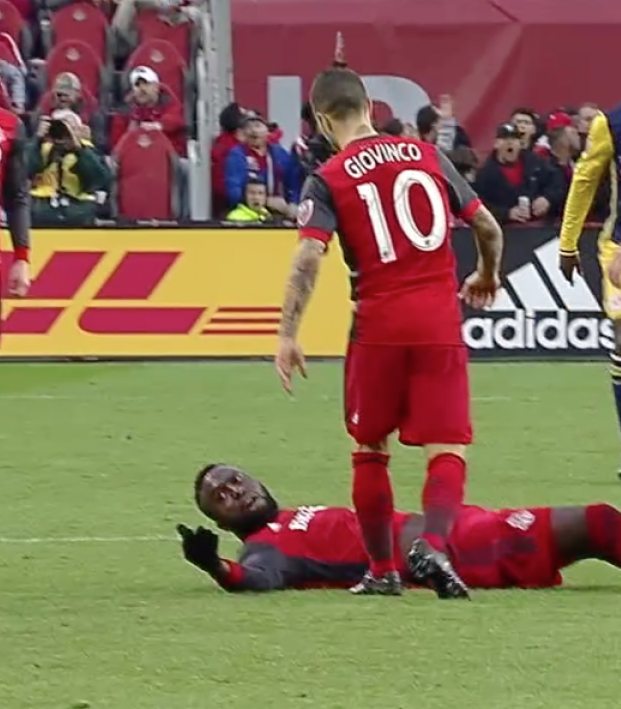 It hasn’t even been a month since the USMNT failed to qualify for the World Cup and U.S. forward Jozy Altidore apparently already felt compelled to pay homage the miserable 2-1 loss to Trinidad and Tobago in October. During Toronto FC’s Eastern Conference semifinal second leg, Altidore made a spot-on reenactment of the Americans’ performance against the Soca Warriors.

When someone challenged Altidore, he crumbled, just like the USMNT in World Cup qualifying.

The embarrassing Jozy Altidore flop came in the 33rd minute after tensions boiled over following a foul committed by Sebastian Giovinco on New York Red Bulls’ Tyler Adams. Altidore got between Giovinco and Adams to keep Toronto’s star goal scorer (Giovinco, not Altidore) from getting into an altercation. Eventually, one-time USMNT and current Red Bulls midfielder Sacha Kljestan got involved and gave a tiny shove to Altidore. Listed at 6-1, 174 pounds, the well-built Altidore fell to the ground like Arjen Robben searching for a penalty.

Humiliating. Both Altidore and Kljestan received yellow cards for the incident. Bizarrely, the two were then both given red cards for violent conduct during halftime, which was probably a bit harsh, especially for Kljestan. USMNT captain Michael Bradley made things worse by picking up a yellow card for dissent at halftime as well.

New York won the match 1-0 but Toronto advanced 2-2 on aggregate on away goals after winning the first leg 2-1. However, the Supporters Shield winners will be without Altidore and Giovinco in the Eastern Conference finals after the Italian picked up a yellow card for dissent int he second half.

Altidore and Bradley complained about fans booing them following their failure to get the U.S. to the World Cup. This won’t make anyone stop booing them any time soon.