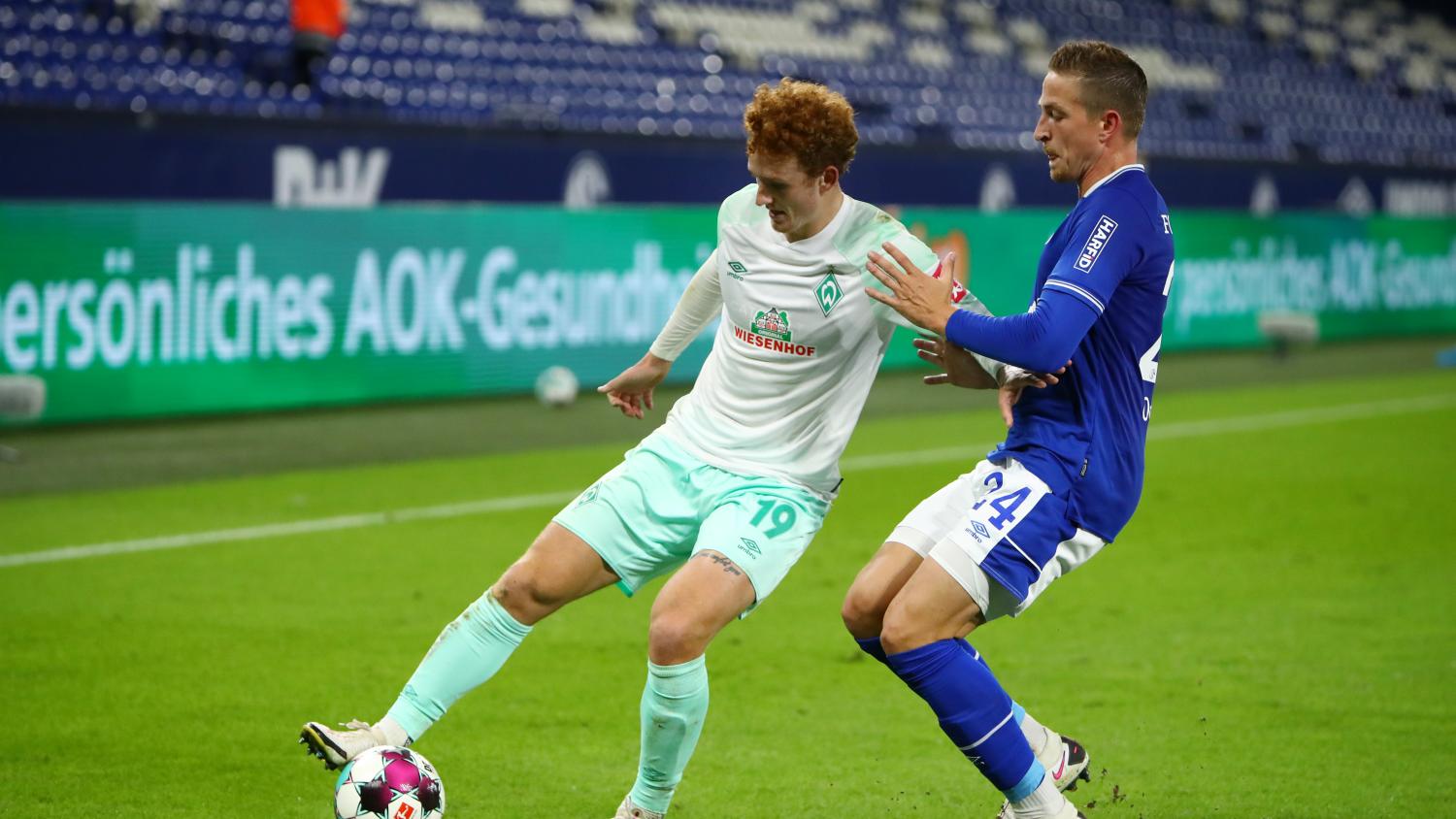 The Schalke-Werder match has lost a bit of luster from an American perspective since Weston McKennie joined Juventus on loan. Indeed, David Wagner’s side has been miserable since losing his American midfielder to the Italian giants, having opened the season with an eight-goal defeat to Bayern Munich.

But there was still one American featuring in Saturday’s Schalke-Werder match, and he made himself known.

Josh Sargent, the 20-year-old Missourian striker, set up Werder Bremen’s first goal with his sparkling red head to help his side to a 3-1 victory on Saturday.

After missing an early opportunity to score, Sargent came up with the breakthrough for Werder in the 22nd minute. The American rose high and nodded down a long corner kick into the path of Niclas Füllkrug, who turned the ball into the back of the net.

Josh Sargent gets the assist!

His header is redirected in by Niclas Füllkrug for the lead! pic.twitter.com/VdlHROArif

Füllkrug went on to score a hat trick, adding a second in the 37th minute and a penalty in the 59th minute.

Schalke, meanwhile, had a lot of possession (65 percent) but not much in terms of final product, only scoring in the 93rd minute through Mark Uth, nine minutes after Ozan Kabak was sent off for a second yellow card.

Sargent played 87 minutes before being replaced by Manchester United loanee Tahith Chong. Here’s a look at his performance.

Josh Sargent vs Schalke All Touches