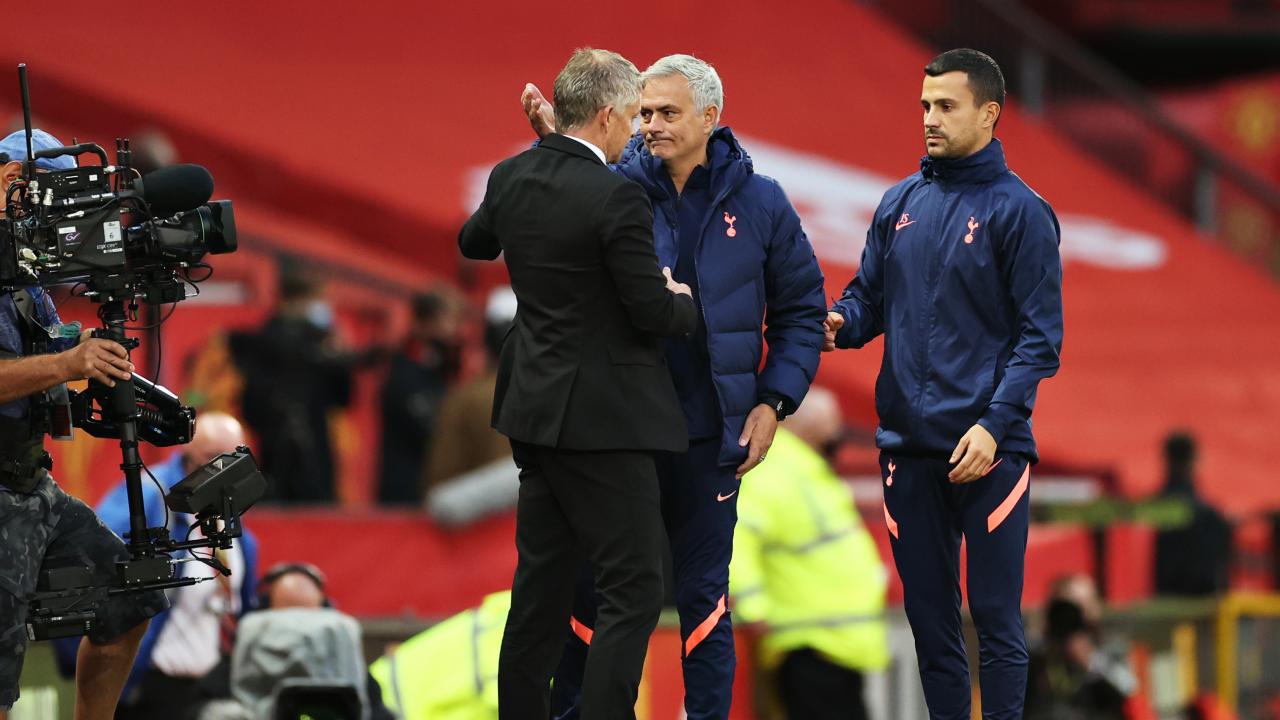 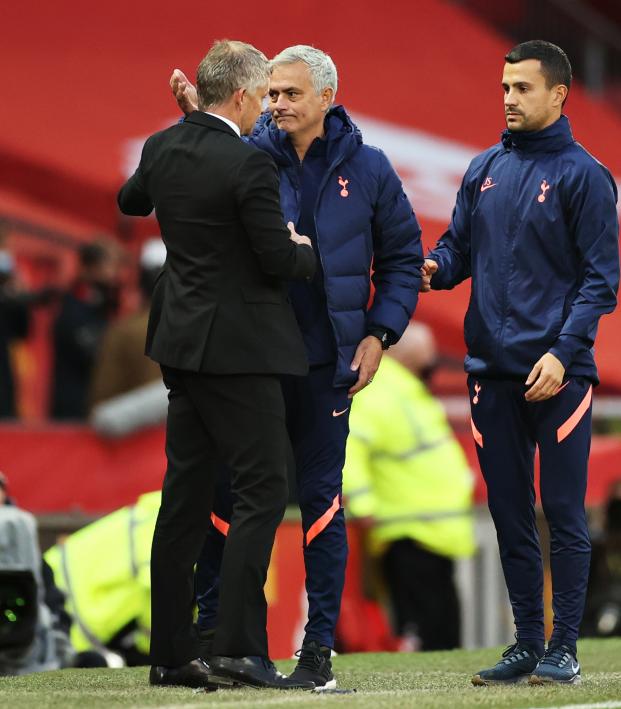 Reuters October 5, 2020
Tottenham has the joint-best attack in the EPL alongside Everton and Leicester City.

Tottenham Hotspur's Jose Mourinho delivered a sharp riposte to critics of his "defensive" style on Sunday, saying after their 6-1 Premier League win over Manchester United that they would have scored 10 if only they had a more attacking coach.

Mourinho came in for criticism last season due to some defensive displays and disappointing results after he took over from the sacked Mauricio Pochettino in November. However, Sunday's victory, which followed a 7-2 win over Maccabi Haifa in Europe on Thursday, saw Spurs join Premier League top scorers Everton and Leicester City on 12 goals from four games.

"Imagine if they have an attacking coach," Mourinho told beIN Sports. "With a defensive coach, they scored ... six. With an attacking coach they'll score 10, 11, 12. We were more convinced about our power, our qualities and our game plan than about United's weaknesses, because I don't think that they have many."

How can you not love JOSE MOURINHO pic.twitter.com/pt8NPd184u

Victory was especially sweet for Mourinho, who was returning to the club which sacked him 22 months ago.

"The mentality is great. The players are playing very well. Everyone is giving everything. The squad is of course full of quality, talent and in this moment numbers," Mourinho added. "Now the players are going to go to their national teams and we keep working."

Spurs return to action after the international break and host West Ham United on Oct. 18.