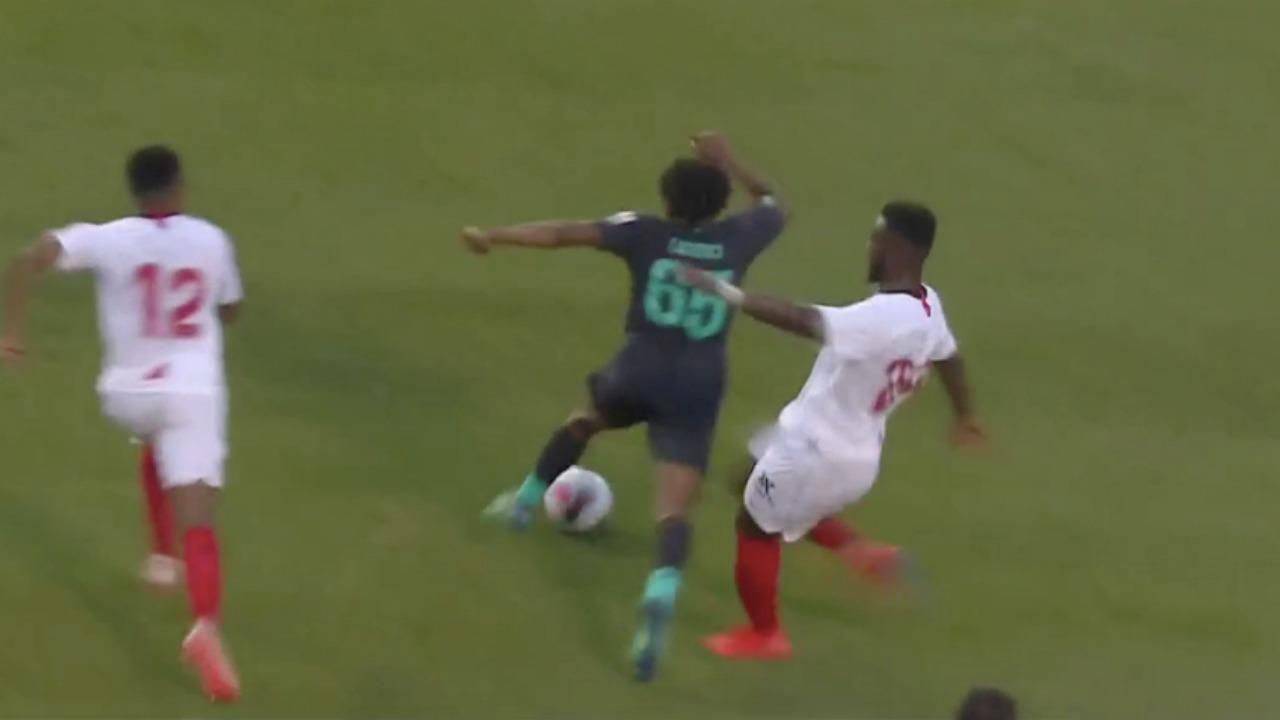 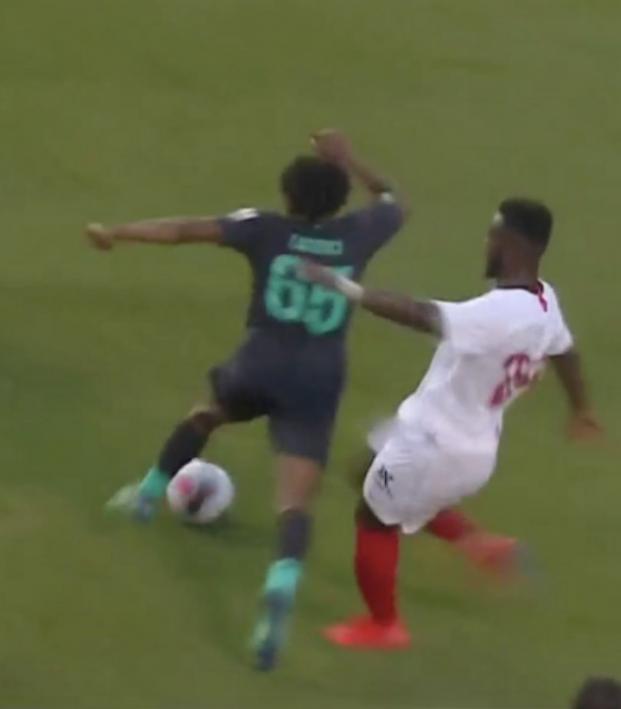 Connor Fleming July 22, 2019
18-year-old Yasser Larouci was lucky to not be seriously injured during a friendly at Fenway Park in Boston.

It was the sort of tackle in which the final verdict would be better suited to a courtroom; a straight red card certainly doesn’t seem like enough justice for an act of violence perpetrated with the sole intention of seriously injuring another player.

During yesterday’s “friendly” between Sevilla and Liverpool at Fenway Park in Boston, Sevilla’s Joris Gnagnon was handed his marching orders in the 76th minute for this assault on 18-year-old Liverpool winger Yasser Larouci.

Had Larouci’s right leg been planted or his ankle locked in a different position, the consequences of Gnagnon’s actions could’ve been horrendously devastating.

As things stand, it looks as if the teenager has escaped serious injury.

“It looks like he was lucky,” said Liverpool manager Jürgen Klopp after the match. “Of course, how it always is with these things we have to wait a little bit. He hit him full throttle and, in that moment, [if it was] a little bit different position where he hit him then it’s done. He rolls … he is a sports boy so that was OK, nothing happened there. I don’t know 100 percent. It looks like he was lucky but I only spoke quickly to the doc and that’s what he said, but we have to see.”

Liverpool players were left frustrated with Sevilla’s approach throughout the match, a tactic which yielded 15 fouls, two yellow cards and that red for the Spanish club.

“Was it too much? I thought so yes, it was a disgraceful tackle,” said Liverpool’s James Milner. “We know it’s only a friendly, but I mean, you don’t see many red cards in friendlies, do you? Their guy said it is down to the referee and it’s a tackle and a foul, but it’s very disappointing. We [responded] in the right way. It’s a tough one for the referee because you don’t want to use red cards in friendlies and it is a rare thing to see. It’s not easy to get hold of the game, you don’t normally see too many tackles but it is a disgrace really.”

Defender Virgil van Dijk was also left less than impressed: “To put in a tackle like that, especially on a young player who has been doing so well in preseason, I think it says something about him…”

Gnagnon himself issued an apology on Twitter after the match.

“I would like to publicly apologize towards Liverpool, the family of the player and its supporters,” he wrote. “It was an odious act on my part. Whatever the reason, it’s not what should be seen on a football pitch. All my prayers are with the player and his family.”

Liverpool's preseason continues on Wednesday with a match against Portugal's Sporting Lisbon at Yankee Stadium in New York City.