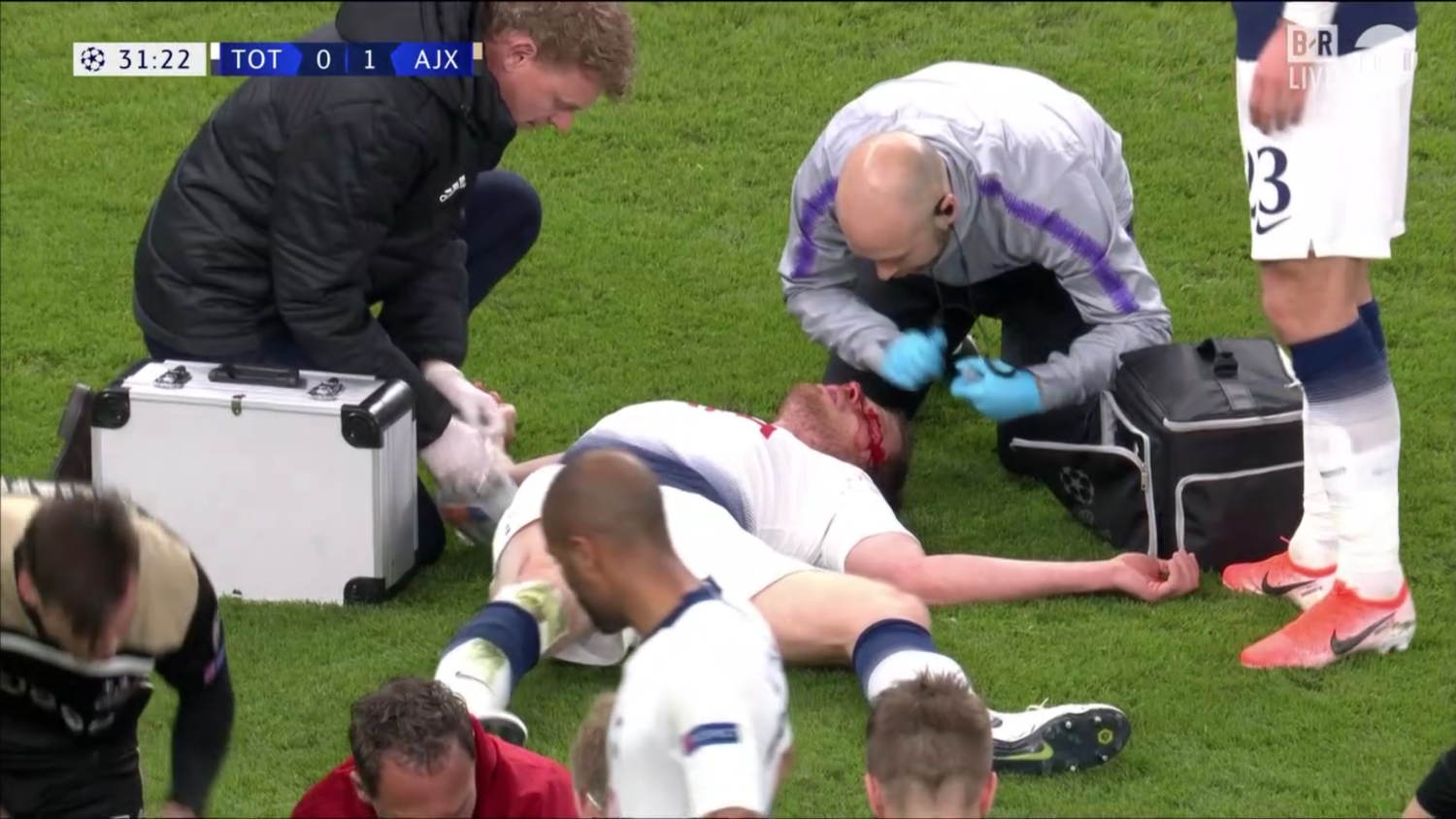 Tottenham defender was covered in blood after attempting a header, summing up Spurs' first half of the Champions League semifinals.
Screenshot: TNT

Battered, bruised and bloodied, Jan Vertonghen was splayed out on the turf.

The Spurs defender smashed his own head into the back of teammate Toby Alderweireld’s head going for a free kick, causing a faucet of blood to spew forth.

It was gruesome, and it summed up Tottenham’s opening half against Ajax. 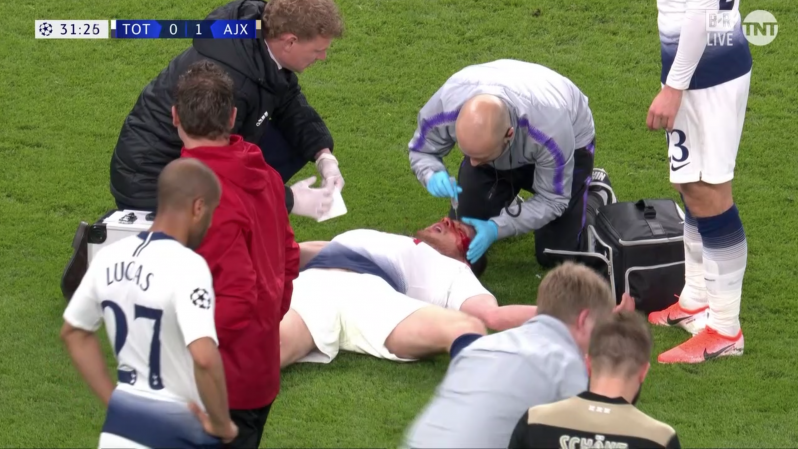 The scary injury to Jan Vertonghen aside, Spurs was utterly dominated for most of the first half against Ajax in their Champions League semifinal first leg. Tottenham rarely saw the ball in the opening 15 minutes, which ended in the visitors taking the lead through Donny van de Beek.

Vertonghen’s head clash with his teammate happened in the 32nd minute on a rare foray forward from Spurs on a free kick. The defender hit his fellow Belgian with the crown of his nose and was covered in blood.

After about five minutes, Tottenham’s medical staff cleaned him up enough to allow him to return to the field. 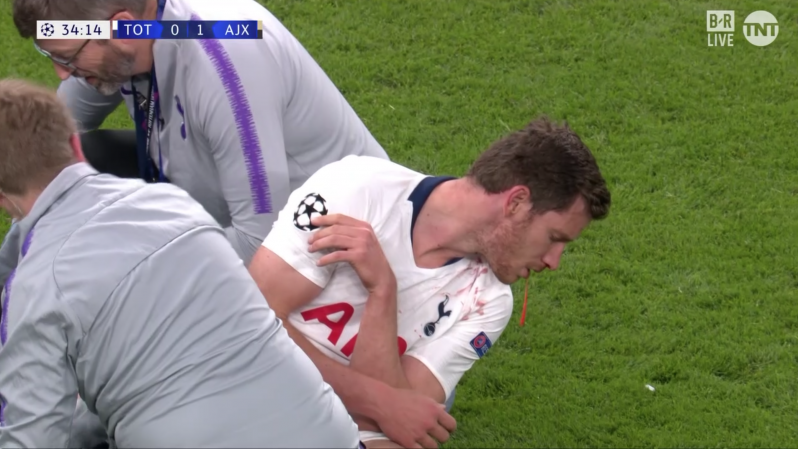 But almost immediately after coming back on, Vertonghen had to be subbed out with what looked to be concussion symptoms, Moussa Sissoko coming on for him in the 39th minute.

It’s scary that Tottenham even allowed Vertonghen back onto the pitch given the symptoms that were visible on TV. The injury was far worse than the one suffered by Lionel Messi when he was crushed by Chris Smalling. Neither play resulted in a foul being called as Vertonghen was hit by a teammate and Smalling just got really lucky the referee ignored his obvious infringement.

Vertonghen under NO CIRCUMSTANCES should have been allowed to come back onto the field.....DISGUSTING PATHETIC demonstration from @SpursOfficial medical staff! #UCL

Perhaps inspired by seeing their comrade injured, Spurs put together its best spell in the remaining 10 minutes of the half (there was plenty of stoppage time) after Sissoko came on.

But Tottenham went into the break down 1-0 after a header from Alderweireld went agonizingly close to equalizing on a play eerily similar to the one that saw Jan Vertonghen injured.

But the Jan Vertonghen injury overshadowed what was a dominant first half for Ajax, especially in the opening 30 minutes. Van de Beek concluded 15 minutes of supremacy with this goal.

Van de Beek could have made it 2-0 later in the half, but Ajax had to settle for the lone away goal in the first half.

Fernando Llorente, starting for the injured Harry Kane, missed perhaps the best opportunity of the half for Tottenham, which only really threatened on free kicks from just inside the Ajax half.