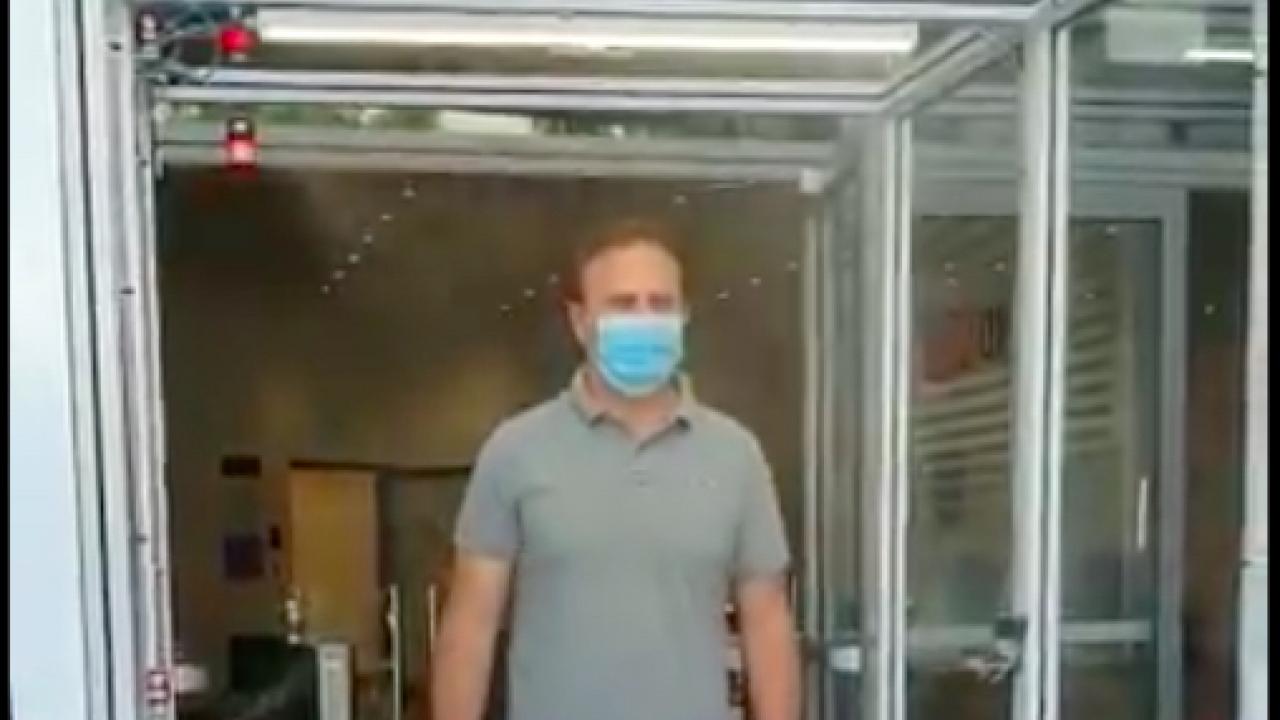 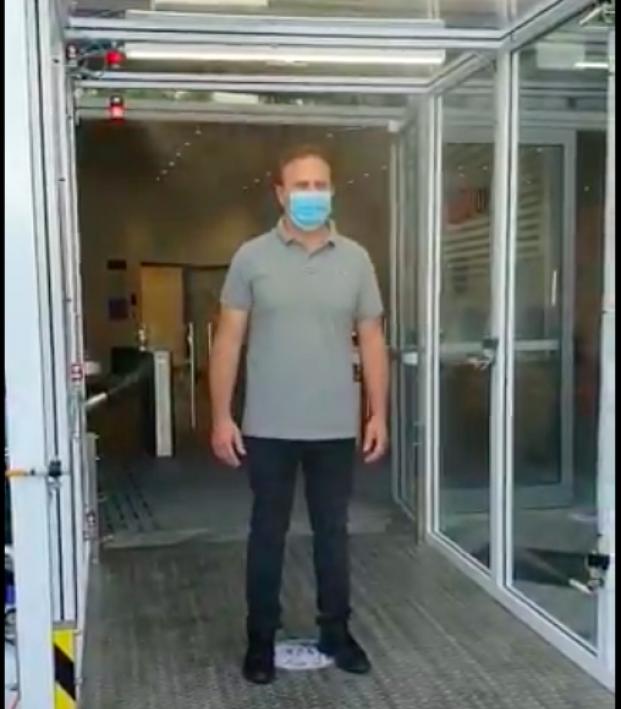 Tel Aviv's Bloomfield Stadium has installed a special tunnel to spray soccer players arriving for matches with a fine disinfectant mist to help prevent the spread of the new coronavirus.

The pilot of the tunnel, which will run until the end of the season, comes as sports leagues around the globe are preparing to resume play but grappling with how to ensure the health of players and fans. Israel's soccer league has resumed but behind closed doors.

The tunnel uses electrolyzed water - produced by the electrolysis of water and salt - which has long been approved for use as a disinfectant. Researchers at Israel's Bar-Ilan University say they have developed technology to prolong the shelf life of electrolyzed water.

Israeli researchers from @BarIlanU are testing tech that turns tap water into a disinfectant using electricity in a “sanitation tunnel” that will be used at the entrance of Tel Aviv’s Bloomfield Stadium for the remainder of Israel’s soccer season. #CoronaWarriors pic.twitter.com/I49PbQzOSE

RD Pack, an Israeli company specializing in automation, installed the disinfectant dispersal system into the tunnel. A water pump machine senses when someone enters and spray nozzles automatically open for 15 seconds, bathing players and their belongings in a sanitizing mist.

"We are not a cure for the coronavirus, we are fighting against its spread," said Eran Druker, RD vice president for business development.

Since the pilot began on Saturday three matches have been played at Bloomfield. Players, staff and media are not obliged to walk through the glass tunnel, but Druker estimated 100-200 people have done so before each match.

"Most people want to go through it. They feel much more secure," he told Reuters.

His company hopes to get regulatory approval within three months.

Bar-Ilan researcher Izaak Cohen said their patented disinfectant has been tested in the lab on coronavirus as well as on the herpes virus and on bacteria. It can be used on surfaces in hospitals, offices, airports, hotels, buses and schools, substituting toxic chemical disinfectants such as bleach, researchers said.