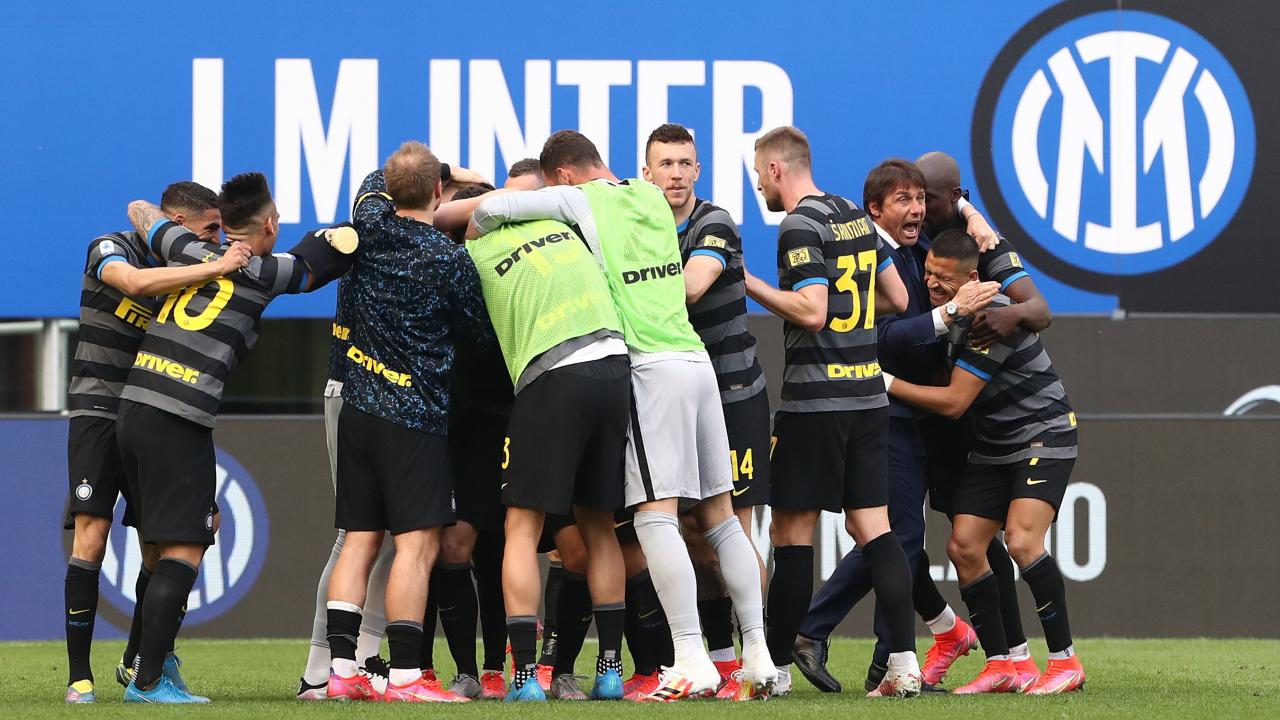 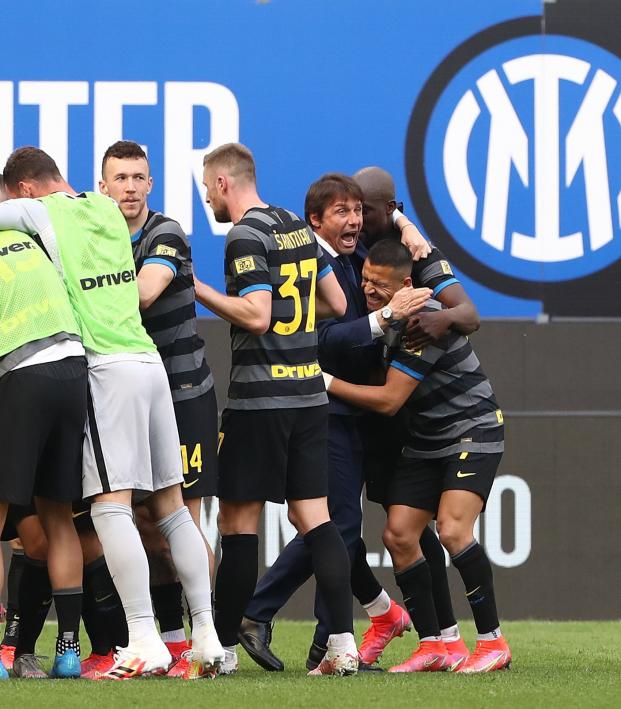 Reuters May 3, 2021
Inter has now won the Scudetto 19 times, which is one more than rival AC Milan.

Inter Milan clinched their first Serie A title in 11 years on Sunday after Sassuolo drew 1-1 with second-placed Atalanta to assure Antonio Conte’s side of the league crown.

Inter are 13 points clear in first place with four games remaining, and their triumph ends a run of nine consecutive title wins for Juventus.

Large crowds of flag-waving fans gathered outside the iconic Duomo in Milan to celebrate a long-awaited success that has broken the domestic dominance of rivals Juve.

The league title is Inter’s first since winning the Serie A, Coppa Italia and Champions League Treble in 2009-10 under José Mourinho, and their 19th overall. Inter have therefore overtaken AC Milan, who have 18 Serie A titles, to become the second-most successful club in league history behind Juventus, with 36 league wins.

They improved on a runners-up spot in Conte's debut season in 2019-20, when Inter finished one point behind Juventus and were beaten 3-2 by Sevilla in the Europa League final. Conte celebrates the fourth Serie A title of his coaching career, after guiding Juventus to the first three crowns of their nine-year run between 2011 and 2014.

"This is definitely one of the most important successes of my career," Conte told 90th Minute. "It was not an easy choice to come to Inter, when the team was not competitive enough to win something important. I accepted the challenge and I think we have been repaid for all the great sacrifices we have made."

Juve have struggled this season under rookie coach Andrea Pirlo and are involved in a fierce battle to qualify for next season's Champions League. The Turin club are currently third with 69 points, 13 behind Inter at the top of the table. Juve chairman Andrea Agnelli congratulated his Inter counterpart Steven Zhang on Twitter.

"Well done Steven! Happy for you and proud of being your loyal opponent on the pitch and friend off the pitch. We’ll be back...," he wrote.

Conte's side have looked destined to claim the league crown for most of the season after showing a level of relentless consistency that their rivals could not match. Inter have topped the league standings for the last 13 rounds since beating Lazio 3-1 on Feb. 14. However, their Champions League campaign was a disaster, as they finished bottom of a group with Real Madrid, Borussia Mönchengladbach and Shakhtar Donetsk, but Conte believes the failure spurred his players on.

"The key moment of the season was when we went out of the Champions League," he said. "We received a lot of criticism, it was excessive. We did well to use that criticism, because this group was not used to winning."

Inter are unbeaten since Jan.6, a run of 18 games, and became the first Italian side to begin the second half of a Serie A season with 11 consecutive wins between Jan. 30 and April 11.

The strike partnership of Romelu Lukaku and Lautaro Martínez has been crucial to their success, with the pair scoring a combined 36 league goals.

Romelu Lukaku celebrating the Scudetto with all the fans

Inter also boast the best defensive record in the league with 29 goals conceded in 34 games.

In the decisive match, Atalanta goalkeeper Pierluigi Gollini saw red after 22 minutes, but the Bergamo club went in front 10 minutes later through a Robin Gosens strike. Sassuolo equalized early in the second half through a Domenico Berardi penalty, but the hosts were then also reduced to 10 men when Marlon earned a second yellow and conceded a penalty. However, Luis Muriel’s spot kick was saved by Andrea Consigli.

Inter defeated Crotone 2-0 on Saturday to move up to 82 points, and Atalanta's draw ensured it was mathematically impossible for any of the chasing pack to catch them.