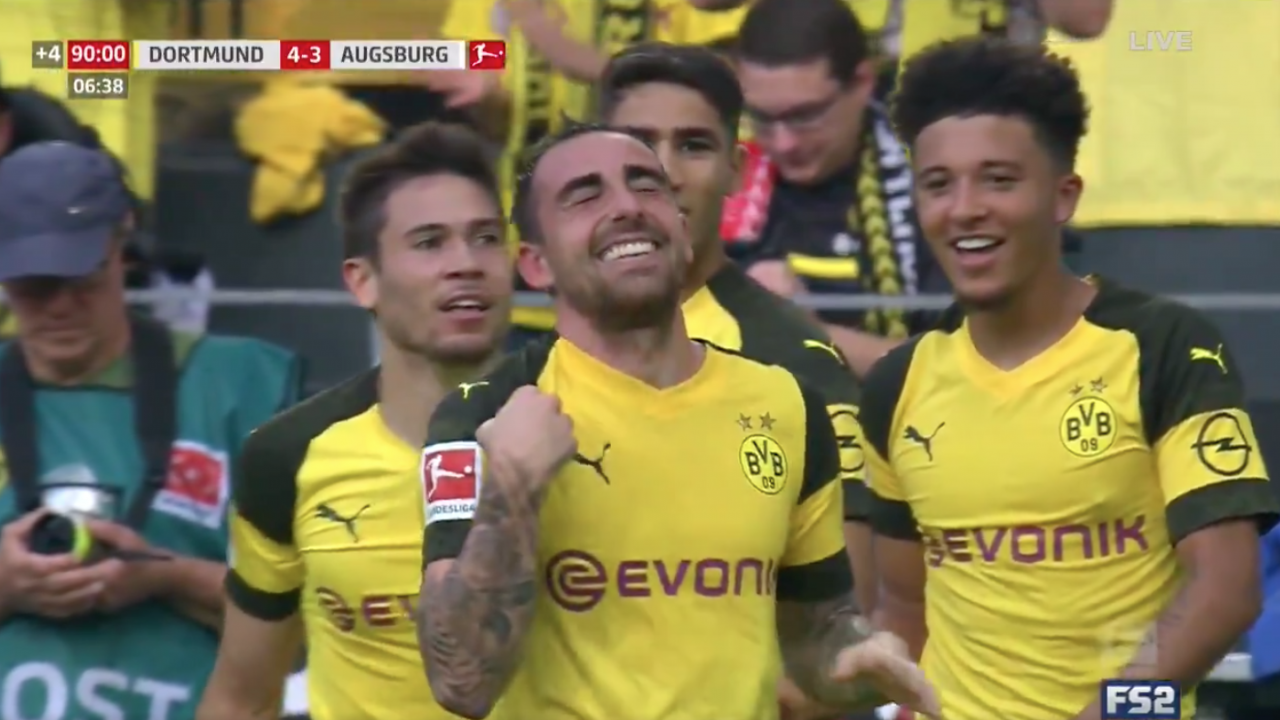 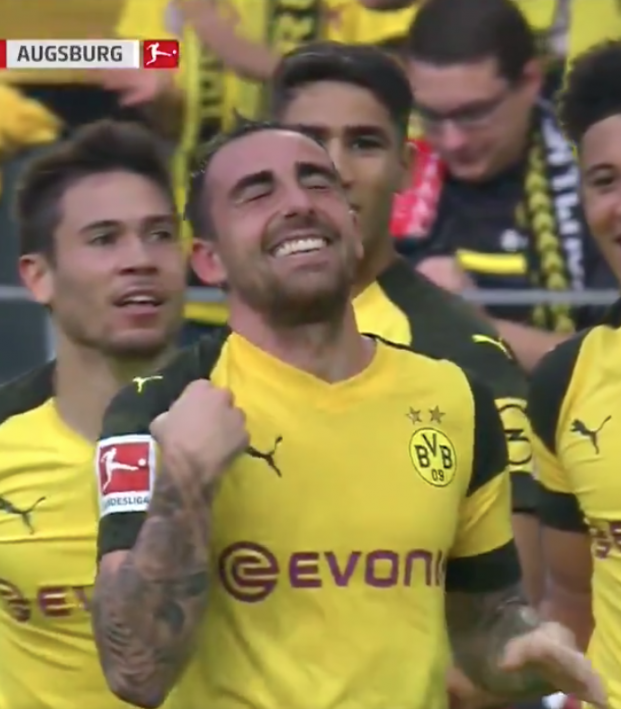 Travis Yoesting October 6, 2018
The former Barcelona forward has gone off since joining BVB on loan.

Paco Alcacer has had a pretty decent career for himself by the age of 25. He’s won a LaLiga title with Barcelona and scored more than 60 goals in Spain while earning a handful of call-ups to the Spanish national team.

But since joining Borussia Dortmund on loan this fall, Alcacer has caught fire.

Paco Alcacer stats after Saturday’s crazy 4-3 win over Augsburg are absolutely insane — and the quality of some of his goals are equally ridiculous.

Alcacer scored a hat trick on Saturday, including the match winner on a brilliant free kick in the 96th minute. And Alcacer didn’t even start the match, coming on as a sub in the 59th minute.

With the three goals, Spaniard now has a league-best six Bundesliga goals. More stunning, those six goals came in three appearances — in 80 minutes of match time, no less.

Oh, and he’s got a Champions League goal to his name as well, scoring against Monaco in a 3-0 win on Wednesday.

On Saturday, Alcacer wasted no time making an impact, scoring moments after coming on to equalize for BVB.

After Augsburg went back ahead in the 71st minute, Alcacer was back at it again with a nice volley to equalize at 2-2.

HE DOES IT AGAIN!

Mario Götze gave Dortmund the lead in the 84th minute only for Augsburg to equalize in the 87th minute.

But Alcacer wasn’t done. In the 96th minute (of a planned four minutes of stoppage time), Alcacer demanded he take a long free kick and smashed home a dramatic winner.

Here’s another angle to really appreciate how he bamboozled Augsburg keeper Andreas Luthe.

So after four appearances with Die Schwarzgelben, here are Paco’s insane numbers:

Those Paco Alcacer stats, combined with those of Jadon Sancho, make you wonder what coach Lucien Favre is thinking by leaving those two on the bench to start matches.

Most goals in the Bundesliga this season: Paco Alcácer (6)

Most assists in the Bundesliga this season: Jadon Sancho (6)

And the craziest thing of all — Paco Alcacer has done all this damage while spending just five minutes on the pitch with the greatest player of all time, Christian Pulisic.