Connor Fleming March 6, 2018
With Porto set to release Casillas at the end of the season, was today’s match against Liverpool his final in the UCL?

No player has appeared more in the UEFA Champions League than FC Porto goalkeeper Iker Casillas. Today, the 36-year-old shot-stopper made his 167th appearance in the competition in Porto’s 0-0 draw with Liverpool (ultimately a 5-0 aggregate win for the Reds).

With Porto having recently announced that Casillas will be released at the end of the season, many are predicting that this was the Spaniard’s final UCL game.

After being unceremoniously jettisoned by Real Madrid president Florentino Perez, Casillas joined Porto in 2015, and he’s since made 15 UCL appearances with the Portuguese giants. 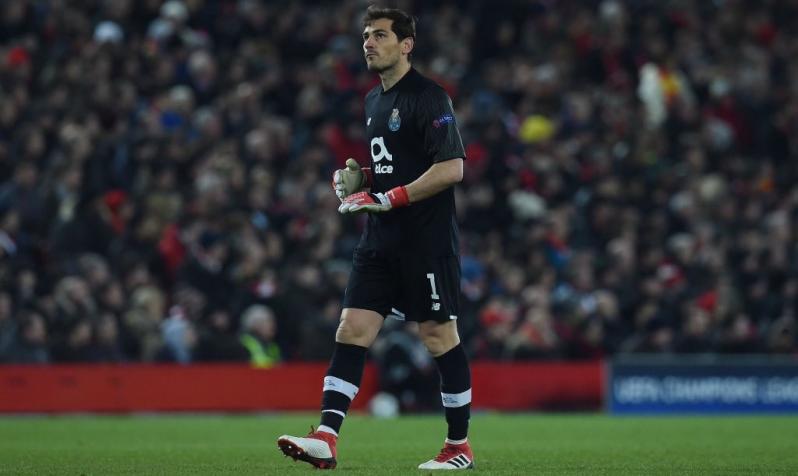 Although Casillas will now be fully focused on helping Porto secure their first Primeira Liga title since the 2012-13 season (they are five points clear of Benfica after 25 games), his time in Portugal is coming to a close. The club is cash-strapped, and Casillas (the highest paid player in the Primeira Liga) will be released at the end of the season to further cut costs.

Casillas has since been linked with the Chicago Fire in MLS and Real Betis in La Liga, meaning his Champions League appearance record could come to a close at 167.

The nearest active rival for the mark is Cristiano Ronaldo, who made his 148th UCL appearance today.