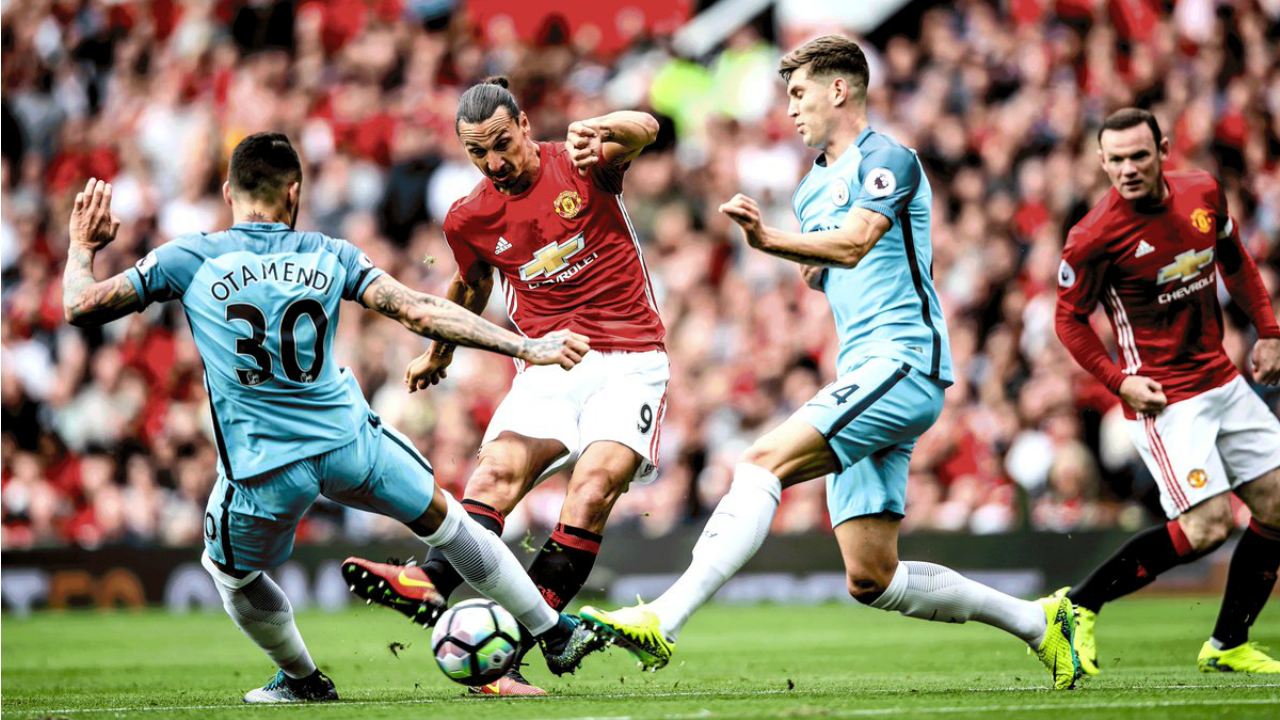 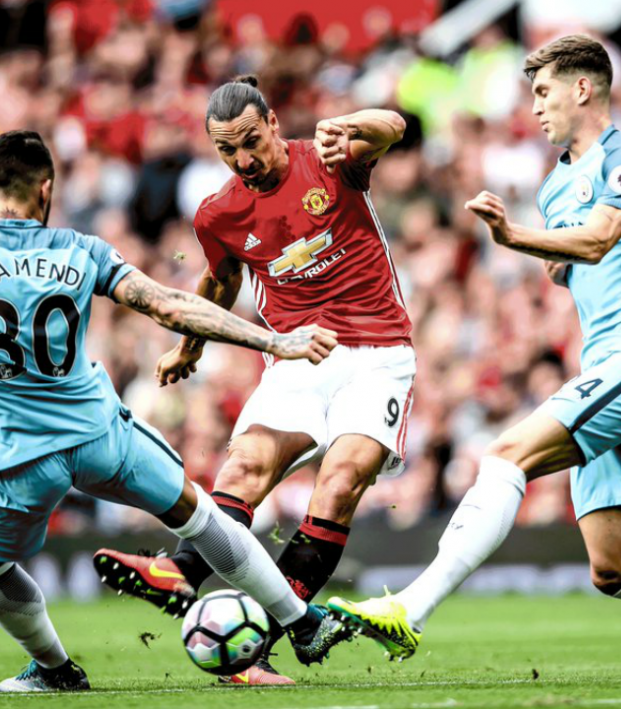 The sensational Kevin De Bruyne and 19-year-old forward Kelechi Iheanacho put Manchester City up 2-0 by the 36th minute of Saturday’s Manchester derby. Zlatan Ibrahimovic pulled one back for United in the 42nd minute, but City went on claim all three points with a 2-1 victory in the Manchester derby.

Pep Guardiola’s Premier League record with Manchester City now reads played four, won four. It’s been a dream start for Guardiola and City, doubly so now that the Spanish manager has emerged victorious from his first visit to Old Trafford.

For Guardiola, the only negative will be the performance of his handpicked goalkeeper, Claudio Bravo. Bravo made a number of errors on the night, none more costly than his mishandling of a cross that led to Ibrahimovic’s opener.

Kevin De Bruyne opened the scoring for City in the 15th minute. The Belgian attacker made easy work of Daley Blind before finishing superbly inside the post.

Kevin De Bruyne​ knows how to kick off the #ManchesterDerby in style! https://t.co/TilKmuaF8G

De Bruyne played a major part in Iheanacho’s goal as well. His shot caromed off the post, allowing the young forward to tap in at the game’s 36th minute mark.

The match was being played at a frantic pace, the narrative of Jose Mourinho vs. Guardiola taking a backseat to the breathless action unfolding on a brilliant September day in the north of England.

The only managerial moment of note was a little tussle between Wayne Rooney and Guardiola — there was no eye gouging involved.

Pep tries to hold on to the ball. Rooney wasn't a fan of that. #ManchesterDerby https://t.co/lNVj49VhF0

United halved the deficit through Ibrahimovic in the 42nd minute. Bravo came out to collect a Rooney free kick, dropped it and could only watch as Ibrahimovic unleashed a furious volley from 10 yards out.

In the second half, Bravo and De Bruyne provided the main talking points. De Bruyne saw another effort crash off the post, while Bravo looked incredibly uncomfortable whenever called upon.

It was a sensational derby, resulting in City climbing to the top of the early Premier League table, three points above their Mancunian rival.