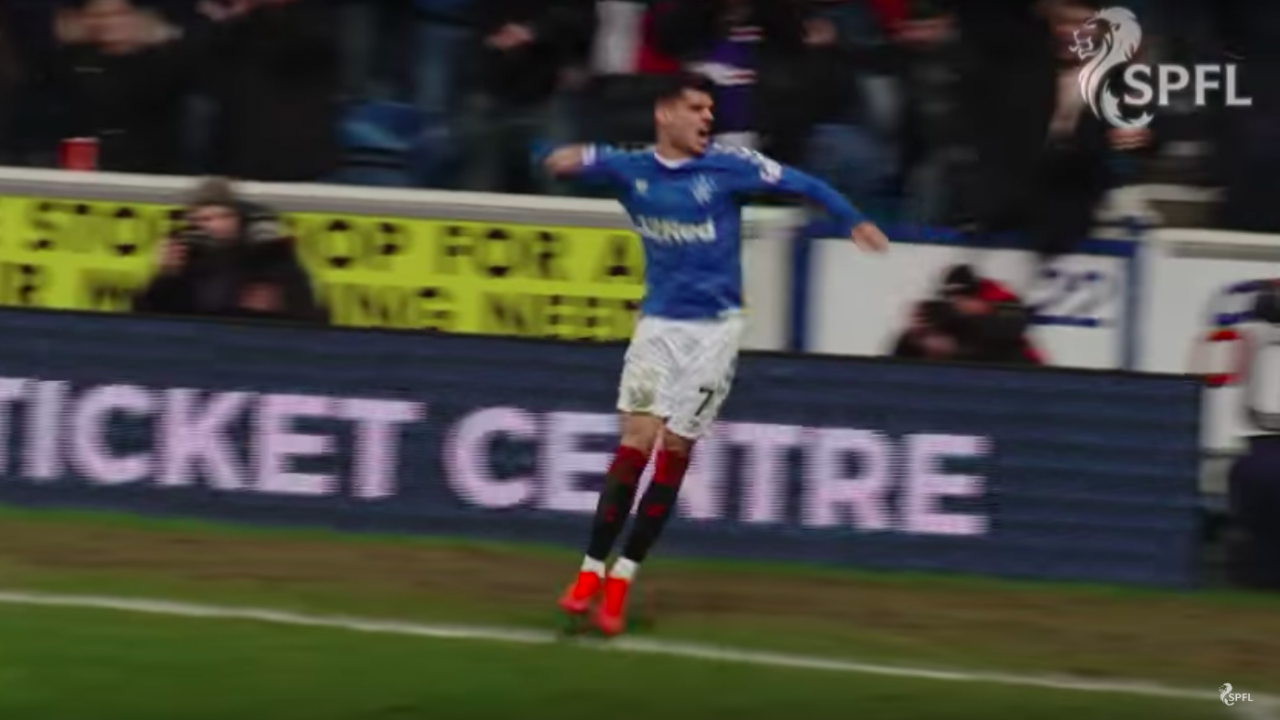 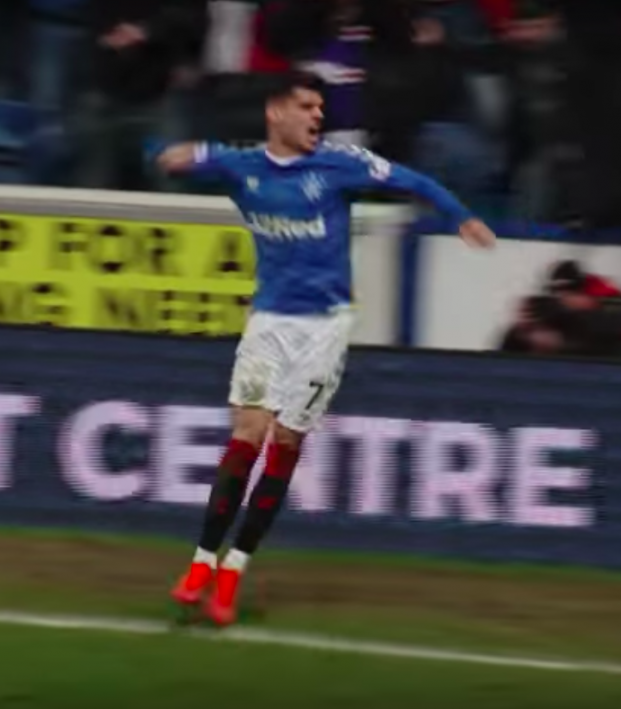 Nick Rumpf February 6, 2020
The 21-year-old Romanian is off the mark in Glasgow after helping secure a 2-1 victory against Hibernian.

Steven Gerrard endured what would've been an anxious second half on Wednesday night, but in the end, his Rangers side was able to keep its title hopes alive with a 2-1 win against Hibernian.

Rangers has lost ground in the Scottish Premiership race against Celtic in recent weeks, falling to a 2-1 defeat against Hearts on Jan. 26 before drawing 0-0 with Aberdeen on Feb. 1. But they were able to keep the gap with their Old Firm rivals at seven points (while also maintaining a game in hand) thanks to a late goal from new signing Ianis Hagi, who opened his account on his first start for the club.

Hagi arrived on Deadline Day from reigning Belgian champion Genk on a loan deal which Gerrard's side has the option to make permanent.

Hagi, the 21-year-old son of Romanian superstar Gheorghe Hagi, began his career in his home country at FC Viitorul, which was managed by his father. He's been a highly-rated talent from a young age having debuted in Liga 1 at just 14 years old. Hagi moved to Italy with Fiorentina in 2016 with the understanding that he would be given every chance to develop and eventually move up to the first team.

Things did not go according to plan in Florence though, and Hagi eventually grew frustrated at playing only for the Primavera side, despite Fiorentina struggling with aging and underperforming attackers. After making just two first-team appearances, Hagi returned to his father's club in January 2018 to get some much needed playing time. He enjoyed a strong second half of the 2017-18 season as well as his most productive season yet last term, finishing with 14 goals and eight assists in 39 appearances.

That strong form earned him another shot in a bigger league when he moved to Genk last summer in a deal worth $4.4 million. But Hagi struggled to nail down a place in the side in Belgium, despite showing flashes of his talent in the limited action he saw. In 578 minutes of league play spread across 14 appearances, Hagi contributed three goals and four assists, or a goal involvement every 82 minutes.

Both Felice Mazzu and his successor as manager at Genk, Hannes Wolf, used Hagi sparingly. According to Mazzu, this is in part because Hagi is not strong enough defensively to warrant a place in the team. While noting his obvious talent, Mazzu claimed that the young starlet is only suitable for certain systems.

"Take Hagi, great football player, but in a midfield triangle he is not profitable. I talked to him about that for hours. He can only play in support of the striker, but then the rest of the team has to play according to him. That's how it was constantly compromising," Mazzu said.

Hagi could now well have landed at the perfect destination to help him improve his all around game. Rangers manager Gerrard made a name for himself as an all-action midfielder who was both as committed and capable in defense as he was going forward. Gerrard could be the ideal manager to drill into Hagi the improvements needed to develop the defensive aspect of his game and become more suitable to a three-man midfield.

His technical skill and playmaking ability are clear, but in Scotland he will be thrown into the mixer and forced to adapt to a more physical style of play.

The boss was full of praise for his young loanee, who played 88 minutes in central midfield.

"Ianis is a top talent," said Gerrard. "I thought his performance grew as the game wore on. In the first half he was getting used to the game in Scotland, people knocking him about. Second half he was much stronger. He's a brave player. He'll receive the ball in any situation, in any area of the pitch. Even if he makes a mistake, he won't shy away."

While he is capable of playing on the wing as well, Wednesday's match could be an indication of how Gerrard views Hagi and what he feels is the best position to get the most out of the skillful youngster. There are few more qualified to mould Hagi into a talented central midfielder, and at Rangers it looks as if he will finally have the platform to showcase his ability on a consistent basis.