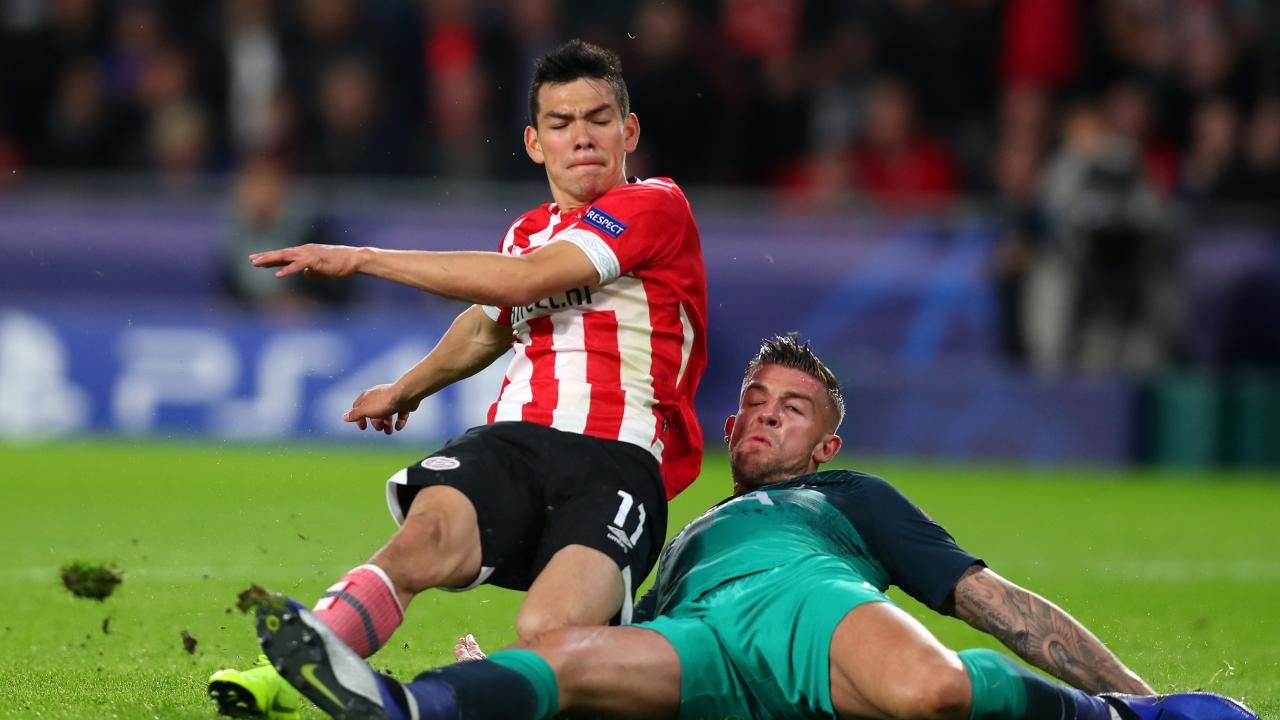 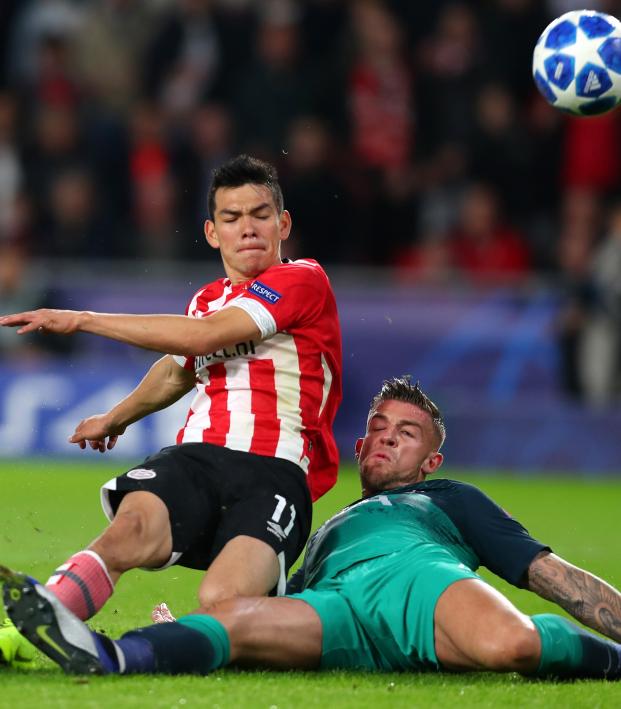 Travis Yoesting October 24, 2018
The Mexico international struck first for PSV against Tottenham in the Champions League.

The ball looped up into the air and time slowed down. Goalie Hugo Lloris watched helplessly as a deflected shot sailed just out of his reach. Tens of thousands of fans inside the Philips Stadion in Eindhoven held their collective breath. Then the Hirving Lozano goal vs Tottenham fell into the net and the crowd exploded into jubilant celebration.

Mexico international Chucky Lozano scored against the run of play with his first Champions League group-stage goal on Wednesday in Group B action, and it all came down to a poor piece of play from Spurs defender Toby Alderweireld.

After just under half an hour, Lozano, always the hustler, closed down Alderweireld and dispossessed the Belgian defender. Lozano then raced into the 18-yard box and unleashed a shot that deflected off the recovering Alderweireld, over Lloris’ head and into the goal to give PSV a 1-0 lead in the 29th minute.

The Lozano goal vs Tottenham gave him 30 goals since joining PSV at the start of last season to go with 15 assists.

Unfortunately for PSV, the lead was short lived, as Lucas Moura equalized 10 minutes later. The Brazilian’s finish took a deflect as well.

Tottenham puts in the equalizer

Can they get another before half?
Follow the action on #BRLive: https://t.co/qZYpINW4TH pic.twitter.com/OtC9bfn0VJ

The match was tied 1-1 at halftime, though Lozano nearly set up another PSV goal but Gastón Pereiro’s shot struck the crossbar.