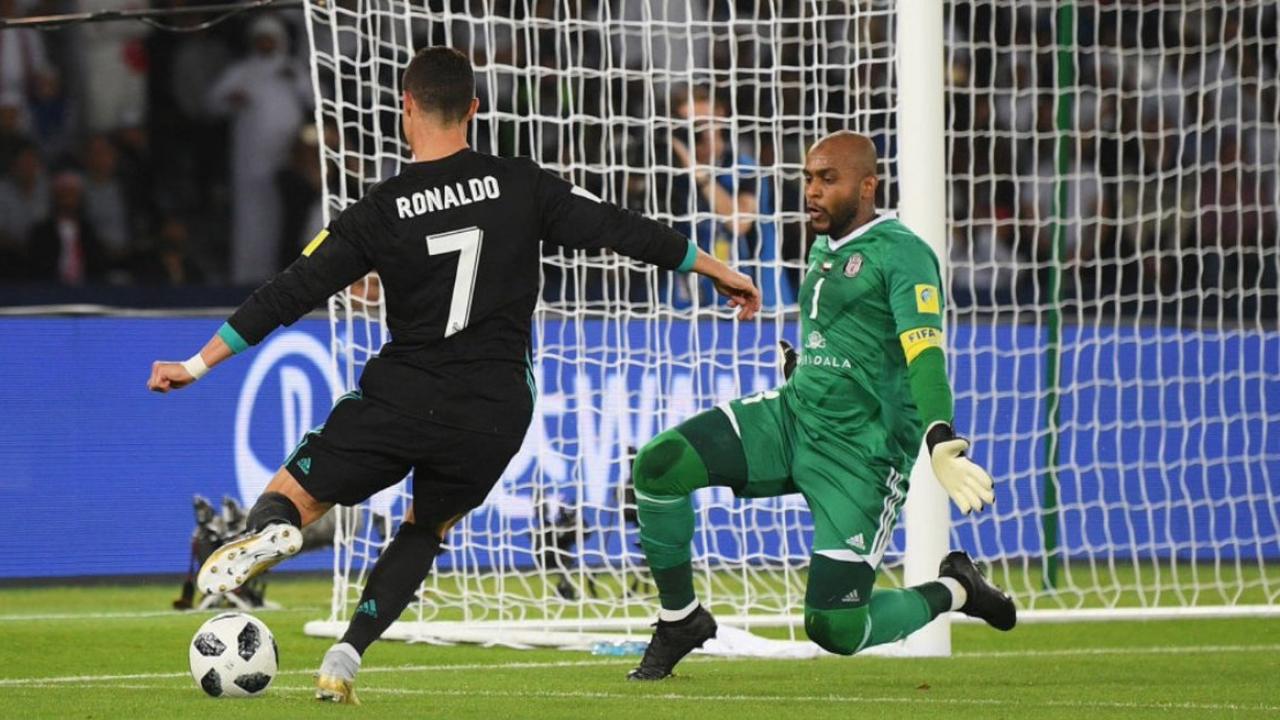 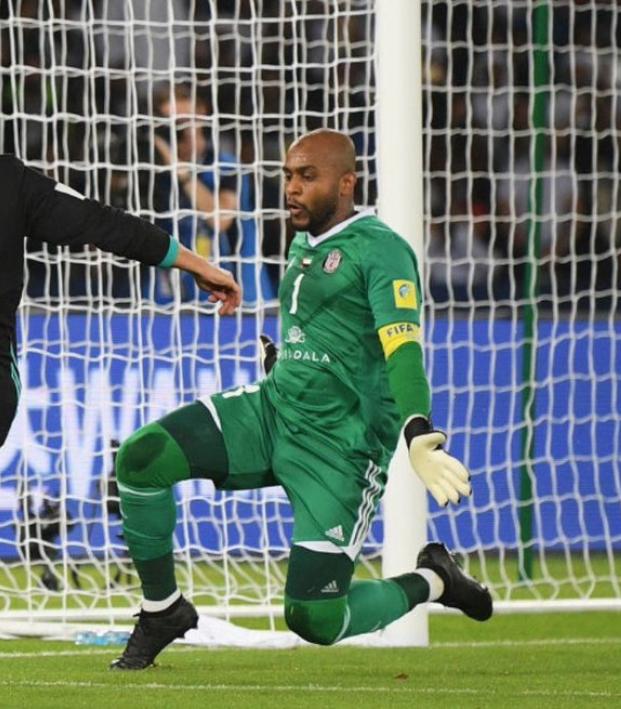 Goalkeeper Ali Khaseif Was A Hero Against Real Madrid For 50 Incredible Minutes, Then He Got Hurt

Travis Yoesting December 13, 2017
The Al Jazira keeper was in Tim-Howard-against-Belgium form before he came off injured and Cristiano Ronaldo scored moments later.

For 50 glorious minutes, Ali Khaseif was a magnificent wall, stopping anything and everything thrown his way. The world’s greatest goal scorer on the world’s most expensive team had shot after shot parried away. Then, the goalie got hurt, had to come off and Real Madrid immediately took advantage on the way to a 2-1 win over Al Jazira in the Club World Cup on Wednesday.

Real Madrid will play Gremio in the Club World Cup final on Saturday. Al Jazira faces Liga MX’s Pachuca in the third-place match the same day. Though the European champions ultimately prevailed over a club from Abu Dhabi only in the tournament because UAE is the host, this match will be remembered for some incredible goalkeeping.

Ali Khaseif made eight incredible saves in the first half against Real Madrid, repeatedly denying chances that Ronaldo and Real Madrid typically put away with ease. He looked like Tim Howard trying to keep Belgium out during the 2014 World Cup.

Ali Khaseif had two great saves on Madrid’s No. 7 in the first seven minutes alone and for a while was averaging a save every other minute.

Unlike Howard, Ali Khaseif had a team that could score on the counter, and Al Jazira actually led for a while. Twitter immediately hailed the splendor of this previously unknown goalkeeper.

Ali Khaseif is a clever keeper, too, based on this clip from five years ago. For more of his career highlights, check out this video.

Karim Benzema finally put the ball in the back of the net in the 23rd minute, but the goal was called off for a foul on Ronaldo, bundling into the back of a defender before Benzema’s header.

The song remained the same in the 30th minute when a header from Casemiro bounced off the head of a defender and into the goal, only for VAR to rule Benzema was offside next to them and the goal was disallowed.

Al Jazira then took an unlikely lead in the 41st minute when Romarinho scored on his team’s first shot on target. Romarinho took advantage of some sloppy Real Madrid defending and, unlike Chris Wondolowski, he was composed in his finish.

You couldn’t help but think Ali Khaseif would have saved that.

Early in the second half, Al Jazira thought it had doubled its advantage after destroying Madrid on the counter following a corner kick. However, Mbark Boussoufa was ruled just offside by VAR and the match remained 1-0.

Unfortunately, Ali Khaseif ultimately became too injured to continue, with a knock he picked up in the first half proving too much to overcome.

The match immediately changed when he left in the 51st minute as some dude named Cristiano Ronaldo scored Real Madrid’s first goal with a powerful strike into the far bottom corner in the 52nd minute.

Again though, you feel like Ali Khaseif would have saved that.

The goal made Ronaldo the all-time leading goal scorer in Club World Cup competitions with six. Just another record for the man who recently won his fifth Ballon d’Or. It also marked the first match of the tournament to feature more than one goal.

In the 62nd minute, Benzema and Ronaldo had a two-on-one with replacement goalkeeper Khalid Alsenaani, but the French forward opted to shoot instead of pass and his effort lacked the requisite accuracy to beat the keeper. Four minutes later, Benzema’s bad luck continued when his shot hit the post.

Gareth Bale made (another) return from injury, coming on for Benzema in the 81st minute. He immediately made an impact, scoring in the 82nd minute, though Ronaldo will try to take credit even though it appears his attempted tap of the ball got nothing but air.

Gareth Bale saving our asses once again after coming in from the bench pic.twitter.com/KoTlHvZbNw

The shot was Bale’s first touch of the ball. And I don’t know if Ali Khaseif would have saved that one.

The goal was enough to see Real Madrid through to the final, although Al Jazira’s coach did not see the end of the match, instead making a late bathroom run.