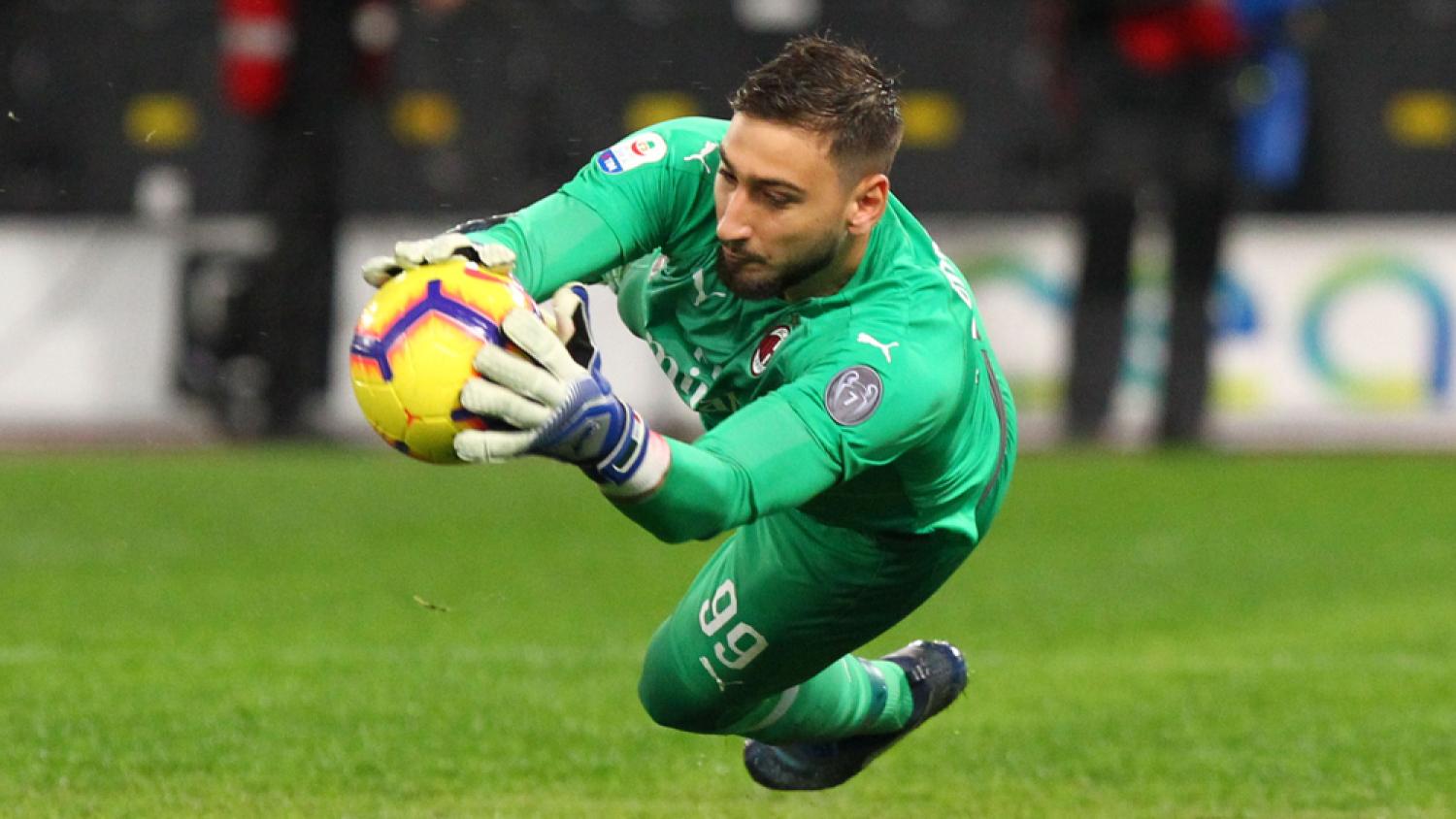 He's already made 121 Serie A appearances and recorded 37 clean sheets as a teenager!
Shutterstock

Yesterday, 19-year-old AC Milan goalkeeper Gianluigi Donnarumma made his 100th consecutive Serie A appearance for the club, a streak which began during the 2015-16 season. It’s a feat that doesn’t make much sense for a teenager plying his trade at the seven-time European champions. It's mind-boggling.

100 - This game was the Gianluigi Donnarumma’s 100th Serie A successive match with 90 minutes played – the keeper has played each of the last 121 @acmilan games. Pillar. #MilanTorino

In total, Donnarumma has made 121 Serie A appearances for the club, keeping 37 clean sheets while conceding 134 goals (1.1 per game). Against Torino yesterday, he registered that 37th clean sheet in a 0-0 draw while recording four saves, including this incredible reaction to keep out a close-range header.

What. A. Save. #Donnarumma pic.twitter.com/3QtueQ9xcV

The conversation surrounding Donnarumma has always been circular: Is he, at this very moment, truly world-class? Or is he overhyped? Will he be better than Gianluigi Buffon? Or is that even possible?

The absolute need to categorize a player still a decade from his prime reeks of myopic foresight, but it’s sort of a necessity when dealing with the starting goalkeeper for both Milan and Italy — we must define him.

And so for all the praise he gets for highlights like the one above, you’ll still hear plenty of criticism for mistakes like the one that led to Mauro Icardi’s goal in the Derby della Madonnina.

His total of 33 saves is the 14th highest total in Serie A this season, while his total of 22 saves inside the area is good for eighth-best.

His rise has coincided with Milan finishes of seventh, sixth and sixth in Serie A — a far cry from the title-winning season of 2010-11. However, Milan currently sit fourth in the table, three points behind rivals Inter in third, and the shot-stopper believes he’s back to his very best.

“The worst is over,” said Donnarumma following his performance against Torino. “I lived a tough moment but I want to thank my family and my girlfriend for their support. Transfers? I don’t want to speak about this, there is no reason to do it.”

He's obviously learned his lesson from the summer of 2017.