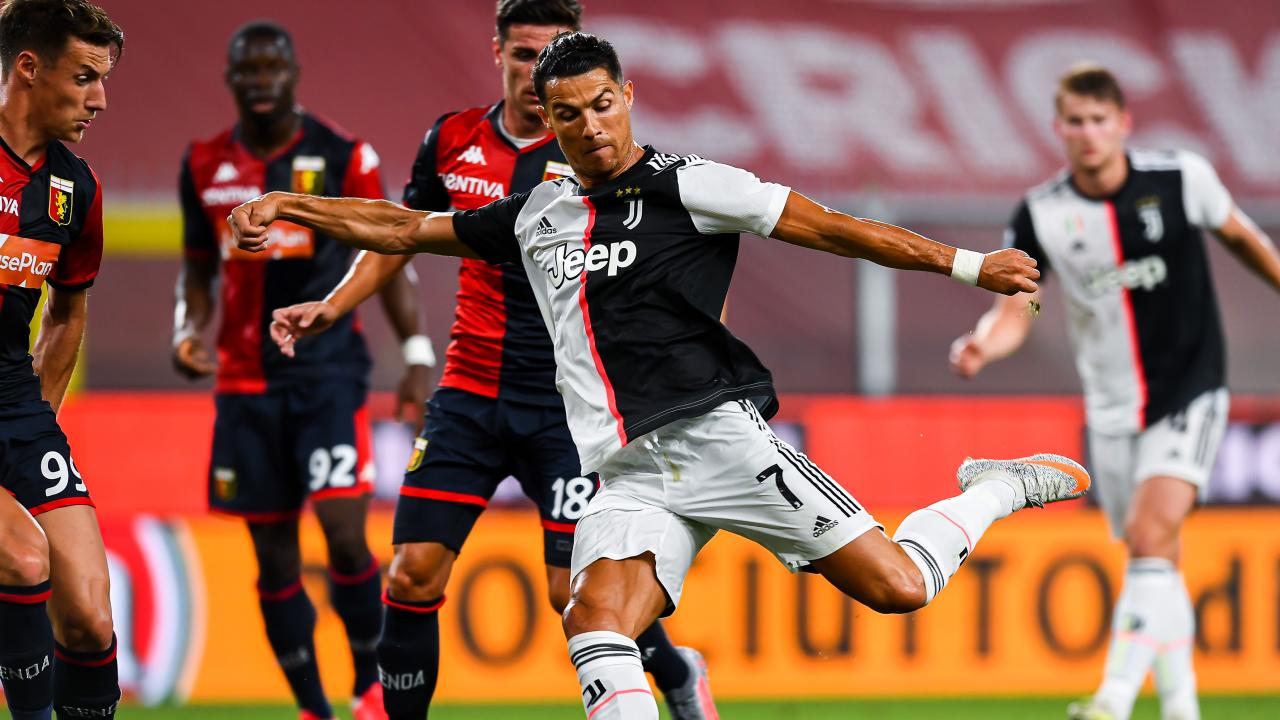 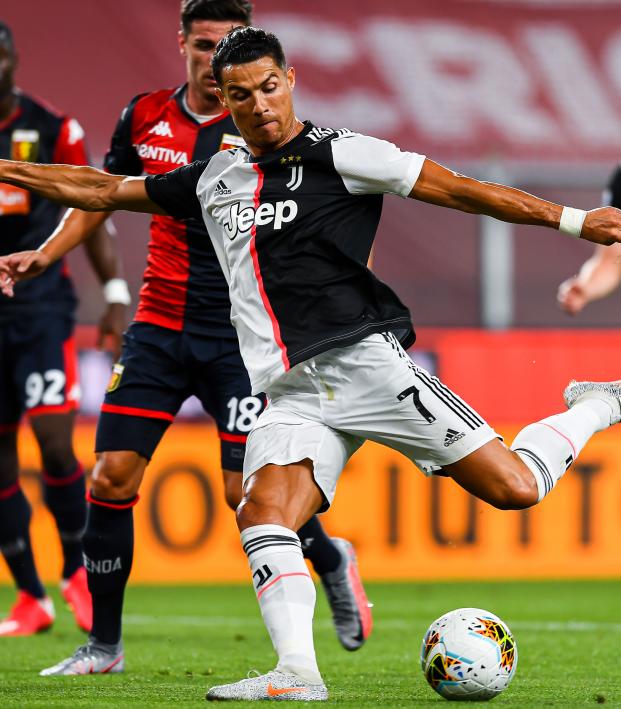 Reuters June 30, 2020
Ronaldo and Costa both scored eye-popping goals in a 3-1 win on Tuesday.

GENOA, Italy — Juventus secured a 3-1 win at lowly Genoa on Tuesday to stay four points clear at the top of Serie A thanks to a solo goal by Paulo Dybala, a long-range rocket from Cristiano Ronaldo and an exquisite curling shot by Douglas Costa.

Genoa held out defiantly until halftime with goalkeeper Mattia Perin saving everything his former club could throw at him but they had no answer to Juve's individual brilliance in the second period.

Juve have 72 points from 29 games with Lazio on 68 after their 2-1 win at Torino earlier on Tuesday. Genoa stayed 17th with 26 points, one point and one place above the relegation zone but having played a game more than the bottom three.

Perin made half a dozen last-ditch saves as Juventus penned Genoa into their own half for nearly the whole of the first half. The best chance fell to Ronaldo after Dybala slipped the ball through but Perin was again equal to it.

Their resistance was broken five minutes after halftime when Dybala collected the ball just outside the area, slalomed past three defenders and scored with a deflected shot.

Seven minutes later, Ronaldo received Miralem Pjanic's pass just inside the Genoa half, burst forward and, as the home defence backed off, unleashed a ferocious long-range drive for his 24th league goal of the season.

He was almost outdone by substitute Costa who curled his shot past Perin from the edge of the area in the 73rd minute.

Andrea Pinamonti slipped past Juan Cuadrado and scored from a narrow angle for Genoa's consolation, the first goal Juventus have conceded in five games in all competitions since the restart of the season.