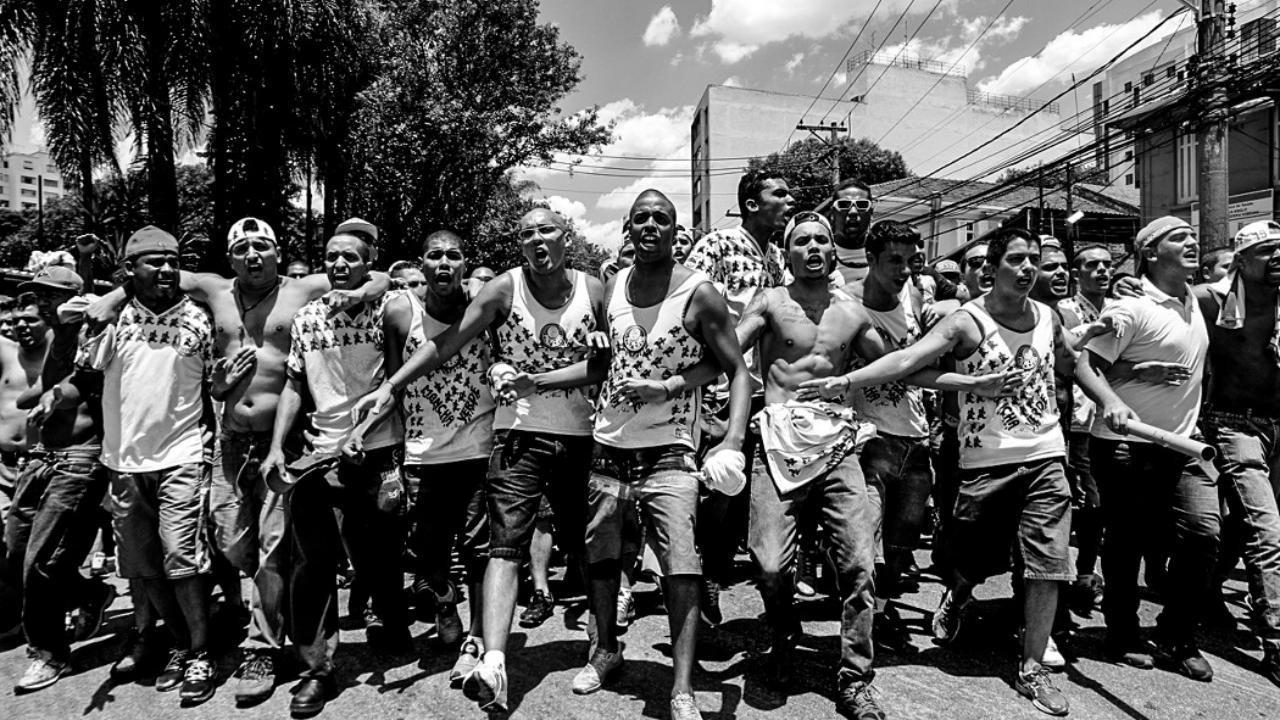 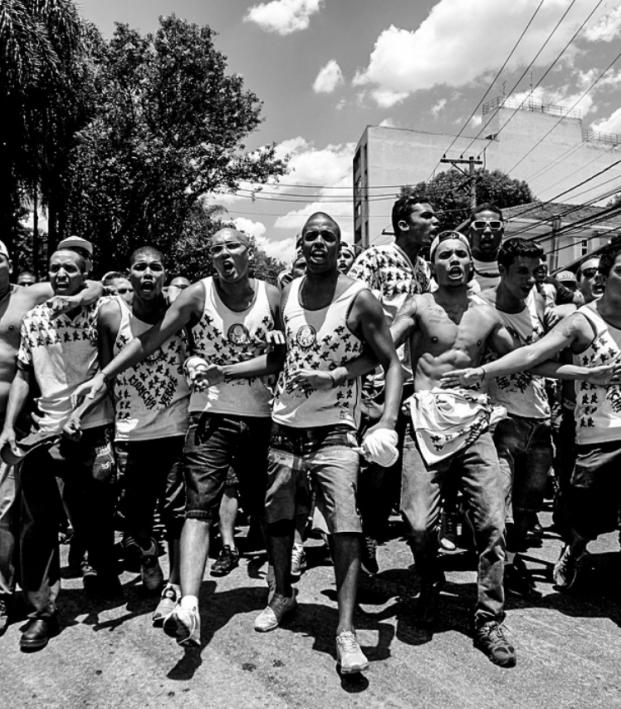 In With The Ultras: Gabriel Uchida's Journey Through The Underworld Of Football In Brazil

“The relation between what we see and what we know is never settled. Each evening we see the sun set. We know that the earth is turning away from it. Yet the knowledge, the explanation, never quite fits the sight.”

For Brazilian photojournalist Gabriel Uchida, football has always been in the blood. It's been ever-present throughout his life; the fixed ground upon which he stands while his profession and search for greater understanding drives him across the planet.

Having played football from a young age and attended local professional matches, Uchida was drawn to the democratic nature of terrace culture.

“You’d sit in a section – everyone paying the same price for their ticket – and we’re all together. You could be black, white, yellow, whatever your religion, everybody was together. Forget about homophobia or racism, it’s just a bunch of guys and girls being themselves. So the stadium, for me, was magic.” 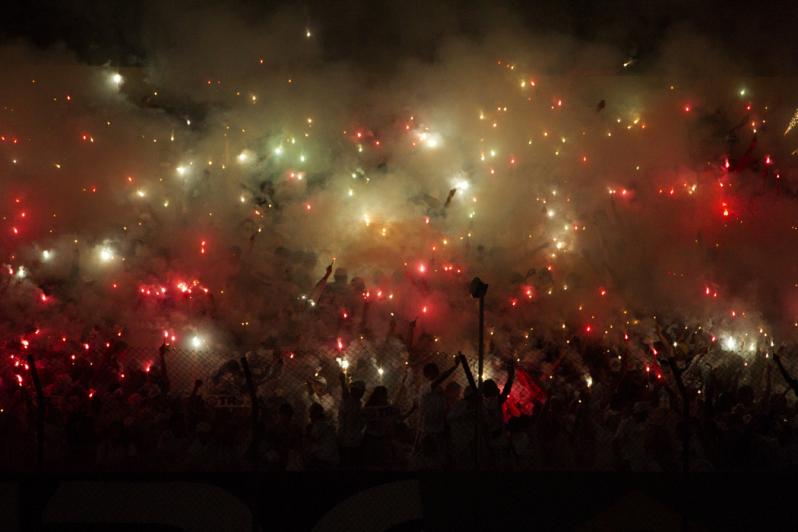 However, the media’s obsession with rehashing the same stories, with putting an emphasis on the final scoreline, the stats and the glossy superstars contradicted how Uchida saw the game. He set out to tell narratives which didn't follow the mainstream media’s status quo.

When Uchida first set out to capture the spirit of the game, he looked in the one place where he’d always felt the exhilaration of football most clearly. He was fueled by a desire to learn more about a subculture that was widely derided in traditional Brazilian media: the football ultras and hooligans that populated the stands of Sao Paulo. He found his lens of expression in those who found the world in their stadium and their antisocial kick in violence.

In the beginning, his task was anything but straightforward. Like most groups rooted in sodality and nonconformity, Brazil’s ultras are not kindly predisposed to journalists.

“There’s a common conception that football fans hate journalists here, and they pretty much do — they can be really aggressive.”

Gaining acceptance required approaching each match with a straightforward openness (read: letting whatever crowd he was with know that he was a Santos supporter) and building a conscious understanding of what he was aiming to achieve with the different groups. Eventually, Uchida gained the respect and understanding of some of Sao Paulo’s most feared hooligan sections. For a journalist, he was okay. 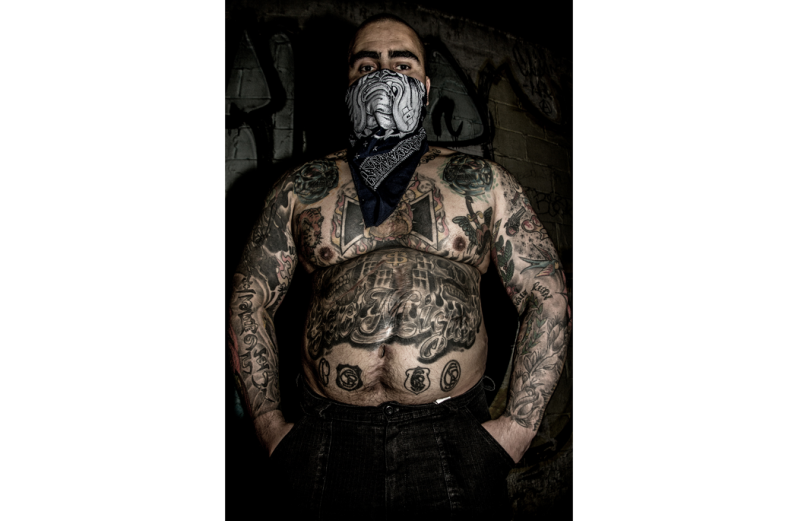 The respect he garnered is illustrated by the time a television crew from ESPN wanted to do a segment centered around the idea of "One Day in the Stands with Gabriel Uchida." They visited the cheapest part of the stadium, and, before the first minute of the match, the ESPN crew was already being subjected to abuse. Right next to the crew, supporters were coming down to shake Uchida’s hand and tell him how good it was to see him again.

“It was the first wall, gaining acceptance. It was really hard to be in the middle of the fans as the one skinny white guy with a camera. But I had to be in the middle, not just to tell their story but to feel what they were feeling. The most important thing for me was experiencing it – telling their story, but as one of them.”

Uchida’s experiences with ultras in Brazil would ultimately make his project in Buenos Aires, "Argentina 360," possible. With the idea of taking 360’ photos of football stadia in the city, Uchida reached out to various club press officers hoping to gain access to the stadiums.

Many clubs responded by saying, “No, it’s impossible. You can’t do this here – it’s too much.” However, Uchida knew and was known by some members of Argentina’s barra bravas — the most dangerous organized supporter groups in the world.

“I started to call these guys like, ‘I’m here, I’m Gabriel Uchida from Brazil, maybe you’ve seen my work. I just want one photo of your stadium, but I cannot pay you, I have no money.’ And they’d go, ‘Yeah! I’ll take you there, I can drive you there! Tell me where you are, and I’ll come pick you up in ten minutes.’”

One particular press officer at the club Velez Sarsfield was adamant that Uchida would not get his photograph. Unperturbed, Uchida called the leader of their barra brava and was told to wait outside the stadium. The next thing he knew, a monster of a man showed up with the keys to all the doors. He didn’t work for the club, but he showed Uchida everything inside, the gymnasium, the offices and the changing rooms. Nobody said a word to them. 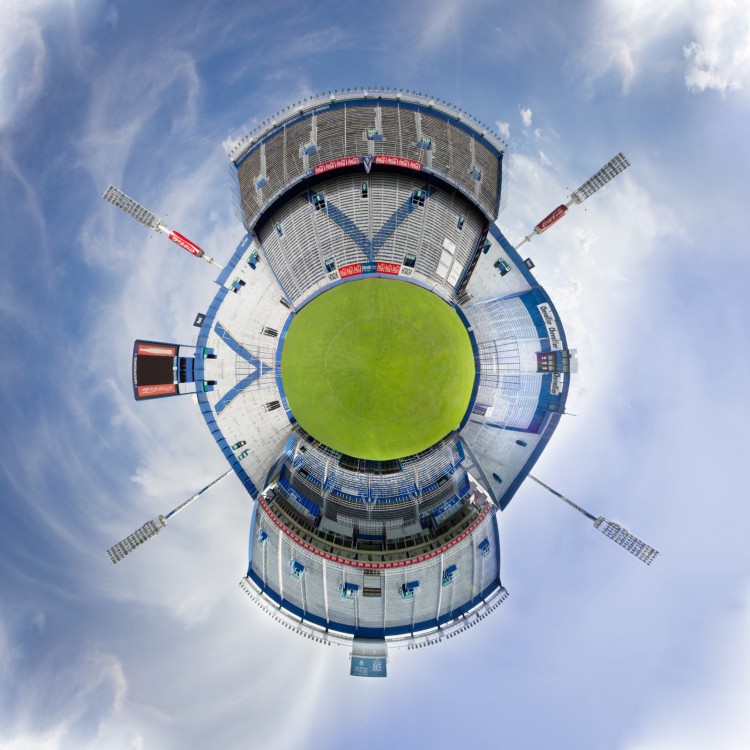 Some weeks later, Uchida’s work was highlighted on Velez Sarsfield’s website, accompanied by a headline saying that a famous Brazilian journalist had visited the stadium and shot some photos there.

The experience evolved over the course of almost seven years, but Uchida looks back on it as not only the most formative experience of his career but also of his life.

Related: "Soccer In Cuba: A Photographic Journey To The Heart Of The Island"

When asked to explain why there’s violence in football or why he persisted so long in his documentation of ultras, Uchida’s explanation is simple: “I interviewed guys who were almost killed just because of football, but it’s a drug. It’s like cocaine — you know it kills you, but you like it. For football hooligans, it’s the same. It’s adrenaline. I have to be honest with you, when I was going to football matches, traveling with these guys, watching the trouble everywhere, I got addicted to the adrenaline. It’s an amazing drug.”

The biggest rush came from those moments of violence, when the chaos surrounding him slowed down to a heightened pitch of awareness. Uchida had been curious to learn more about the connection between gangs and ultras; the part football had to play in organized crime around Brazil. 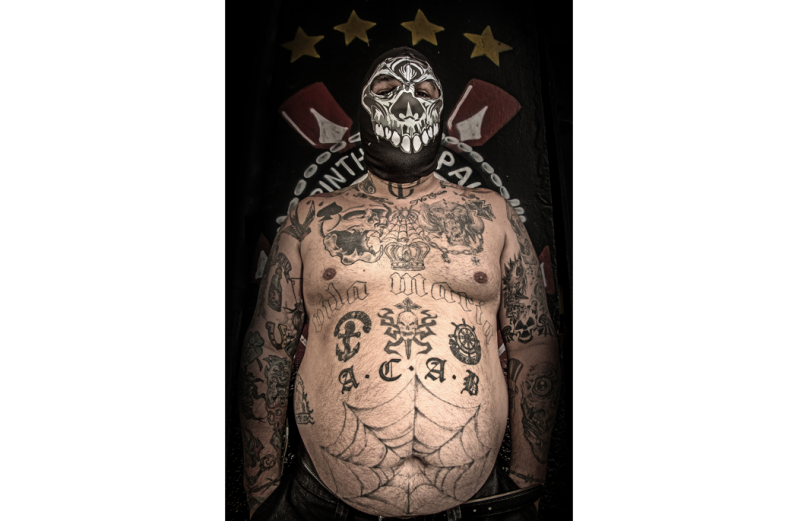 “After being a poor country, we’re a very violent country,” says Uchida. “There’s a lot of prejudice against football fans here. People say they’re violent or creating trouble. That’s not the whole truth. It’s spread all over Brazilian society, people kill each other everyday over the smallest of things, almost entirely outside of football. Death is part of our life here. It’s sad but it’s true.”

One of the biggest eye openers for Uchida was the level of police brutality which football supporters were subjected to. He saw mainstream media finally pickup on state violence prior to the 2014 World Cup. While many peacefully marched in opposition to the World Cup and exorbitant government spending, the police responded using strong-arm tactics.

For Uchida, it was nothing new. He'd been witnessing it at matches for years now. In Brazil, research says that people trust criminals more than they trust the police.

The 2014 World Cup is a particularly disheartening topic for Uchida.

“I’m a huge fan of football, I’m crazy for it. But I just hated the World Cup in Brazil. A lot of money was being put into the modern arenas while we needed hospitals and schools.”

Uchida visited a hastily setup camp that was home for more than 8,000 displaced families in 2014. Only a few kilometers away was the construction of the Arena Corinthians, the site of the opening match of the 2014 World Cup. 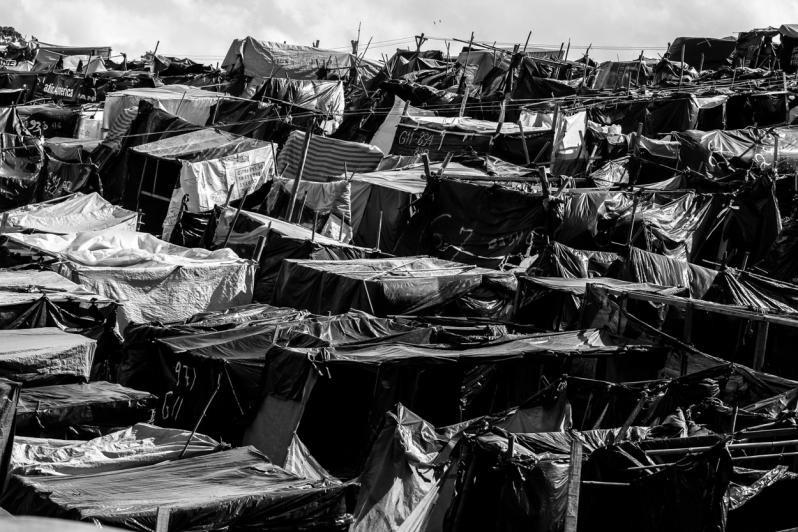 Built at a cost of over $450 million, 15% more than the original estimate, half of the stadium’s construction fund was taken from the public’s pocket.

While the occupants of the favela prayed each and everyday that the rain wouldn't come and destroy their homes, huge sums of public money were going 'missing', the corruption of which was hardly even masked.

“I love football, but I think that’s sick. We wanted to have the World Cup here but not this way — that wasn’t the point.”

His travels have now brought him to the north of Brazil, to the Amazon Rainforest. He's documenting the indigenous issues that are so prevalent in Brazilian society, but he also admits to searching for football there as well.

"These guys f***ing love football," says Uchida. "You go to some places where they have no interent connection, no nothing, but they have a ball and they play. They play everyday."

The locales and the narratives change, but the sight of football remains a unifying theme throughout.

Learn more about Gabriel and check out his work at gabrieluchida.com 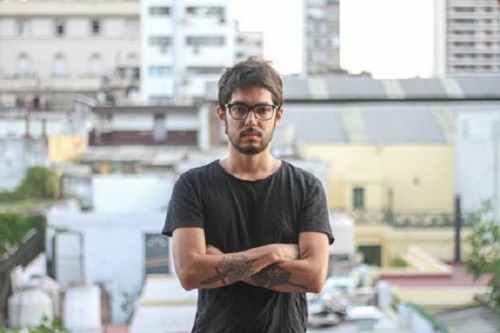