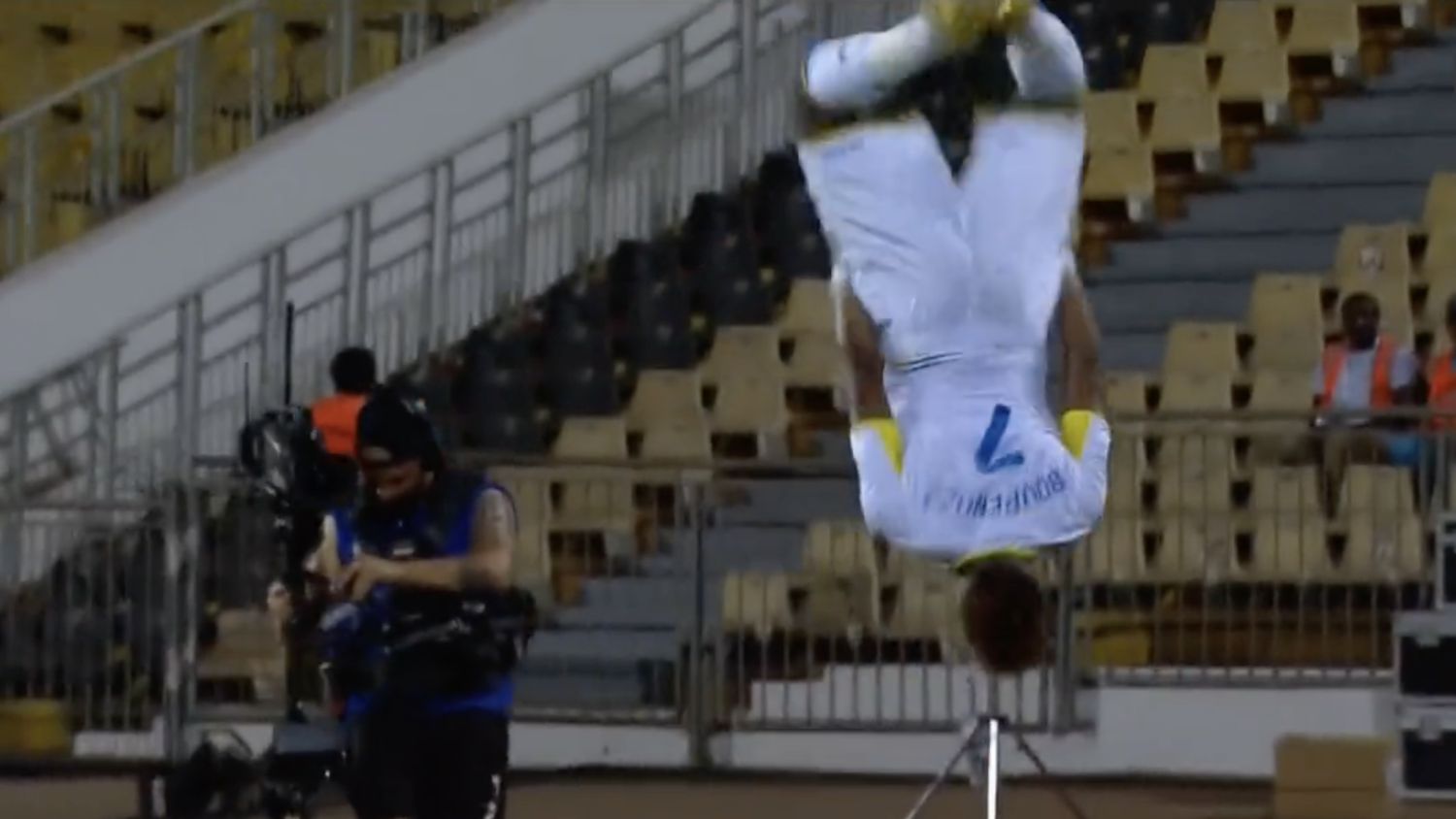 Aaron Boupendza scored the lone goal in a 1-0 win over Comoros to open AFCON 2022.
@beINSPORTSUSA | Twitter

YAOUNDE — Aaron Boupendza’s strike from a narrow angle sealed a dull 1-0 win for Gabon over Africa Cup of Nations debutants Comoros Islands in their opening Group C clash on Monday.

Gabon, which was missing talisman Pierre-Emerick Aubameyang and influential midfielder Mario Lemina due to COVID-19 infections, never looked troubled and scored from one of only a few shots on target at the Stade Ahmadou Ahidjo.

Boupendza rifled the ball into the roof of the net on 16 minutes after he was set free in the box by Louis Ameka, giving Gabon their first win at the continental finals since they defeated Burkina Faso 2-0 in the 2015 group stages.

Gabon move joint top of the pool with Morocco, who beat Ghana 1-0 earlier on Monday. Gabon will take on the Ghana in their second game on Friday, when the two other teams in the group will also clash.

The match continued the trend of narrow victories at the finals in Cameroon.

Five of the six games played so far have ended 1-0, with the other a 2-1 victory for the host nation in the opening match. It has hardly been a feast of attacking football, though many squads have been severely depleted by COVID-19 infections ahead of the tournament.

Comoros thought they should have had a penalty when Gabon midfielder Andre Biyogo Poko challenged Faiz Mattoir in the box, though the latter did not help himself with an overly theatrical fall to the ground.

The Video Assistant Referee looked at the incident but decided there was not enough contact to warrant a spot-kick.

Gabon winger Denis Bouanga’s mazy run ended with a fierce strike on goal that was beaten away by Comoros goalkeeper Ali Ahamada, while the islanders were reduced to long-range shots that sailed high and wide.

Comoros is one of football’s youngest nations, having joined FIFA in 2005, but within two decades of that they are competing at the continental championship in an unlikely fairytale.

They have been boosted by an extensive campaign to scout footballers who play in the French lower leagues from their diaspora and that drive helped them to qualify for their first ever major tournament.