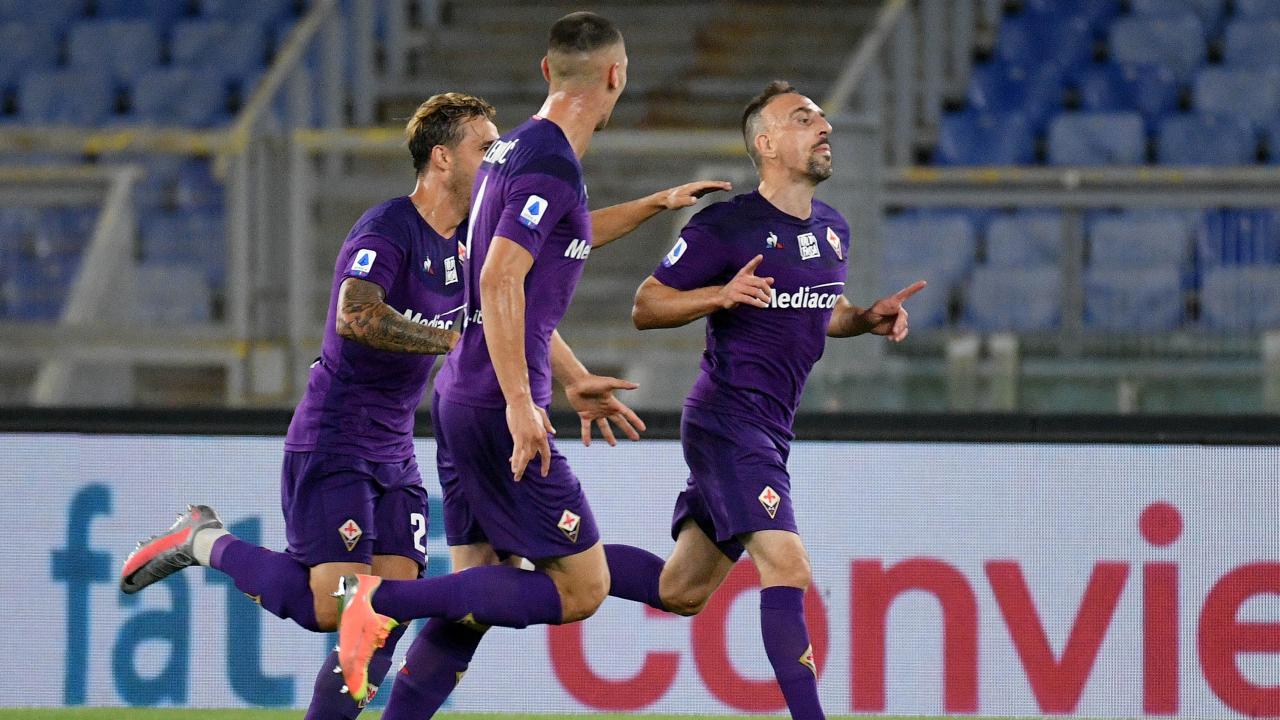 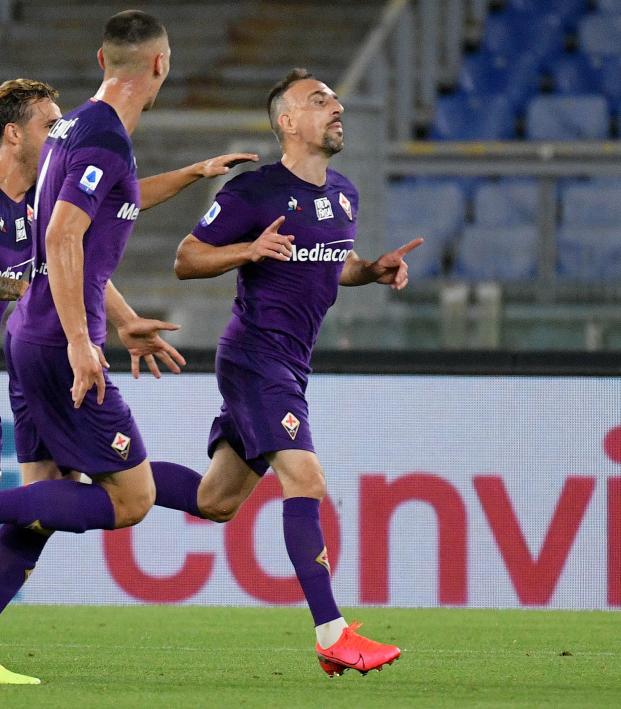 Reuters June 27, 2020
Franck looked like 2010 Ribery for Fiorentina with a brilliant goal against Lazio, albeit in a losing effort.

ROME — Serie A leading scorer Ciro Immobile converted a contentious second-half penalty to set second-placed Lazio on the way to a 2-1 comeback win over Fiorentina that kept them four points behind leaders Juventus on Saturday.

Franck Ribery stunned the hosts when the 37-year-old Frenchman put Fiorentina ahead with a solo goal in the 25th minute, slipping between two defenders, then gliding past a third before firing past Thomas Strakosha.

The Franck Ribery goal vs Lazio came on the same day as his former teammate Arjen Robben announced he was coming out of retirement to join his childhood club.

Lazio were struggling to find a way past Fiorentina's defence until Felipe Caicedo went down under a challenge from goalkeeper Bartlomiej Dragowski and Immobile converted his 28th goal of the season from the spot in the 67th minute.

However, replays suggested that Caicedo fell before any contact was made. Luis Alberto grabbed the winner with seven minutes left, scoring with a low shot to leave Lazio with 65 points from 28 games with Juve on 69.