Yousef Alshammari May 8, 2018
What happens if you walk out on your team during a relegation battle? Pogba’s teammates are here to show you.

On Sunday, in a pivotal relegation match for his side, Florentin Pogba, Paul’s older brother, injured his knee. Pogba then decided to limp off the pitch in the 85th minute, only to be angrily confronted by his Genclerbirligi teammates.

Pogba’s team, down a goal against Antalyaspor FC in the Turkish Super Lig, was rightfully frustrated as they were facing a trifecta of problems: battling in the relegation zone with all three substitutes used and now being forced to rely on 10-men while down one certainly isn’t the ideal.

The 27-year-old defender infuriated teammate Ahmet Oguz as soon as he finished limping to the touchline. Oguz confronted Pogba and the playground shoving contest ensued.

Guinea’s Florentin Pogba was involved in a furious bust-up with his Genclerbirligi team-mates v Antalyaspor.

Injured Pogba headed for the dressing room with his side 1-0 down in the 88th min.

With no subs left to bring on, he took off his shirt before a teammate confronted him. pic.twitter.com/iVICwmWilj

Turkish media reported that security forces had to intervene to stop Oguz and teammates from pummeling Pogba. Reports also indicated that the altercation allegedly continued in the dressing room as Genclerbirligi players, in fear of relegation, found a scapegoat in the former St. Etienne player.

“Don’t you dare say a bad word about Pogba,” Ozat said. “What was he supposed to do? Wait for medics to arrive while lying on the ground in the 85th minute of a game? I'd rather judge him on the 85 minutes he played rather than the five he didn't. People should stop saying crazy things. Who would want to let his team down?"

Gençlerbirligi's Florentin Pogba, older brother of Paul, limped off injured vs Antalyaspor. Players were FURIOUS, as were losing 1-0 and no subs left, which led to Pogba brawling with teammates. Defeat leaves Gençlerbirligi 5 pts from safety. pic.twitter.com/HBUM2AUIEN

On the other hand, the narrative reported by Turkish media contradicts much of what Pogba, who represents Guinea internationally, told French news agency L’Equipe.

“No, I wasn’t physically assaulted. Verbally, some might have shouted, but I don’t know what they said in Turkish,” Pogba said. “I went off because I was injured and I couldn't continue. I knew the three substitutions had been made. We were trailing, and I kicked the ball out to be able to go off and not waste time.” 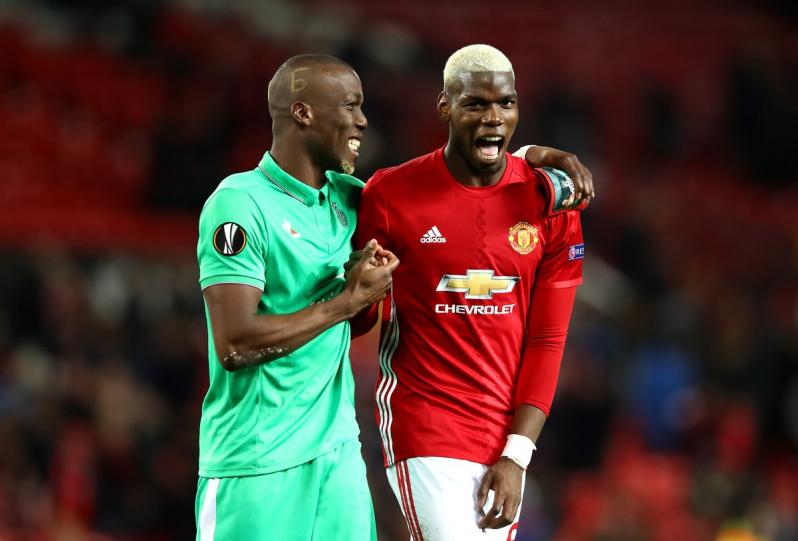 Pogba later apologized for the way things turned out and expressed regret about the “nervousness and stress” involved in the team’s performance. He admitted coach Ozat should’ve been informed but limped off to the side simply because he “couldn’t finish the match.”

On Monday, L’Equipe also reported that Pogba underwent an MRI scan and it turned out to be a minor thigh strain. Still, that’s a painful area to get a minor strain, but can’t a professional soccer player endure? Don’t they teach players how to push through the pain in a professional match?

“I’m not someone who gives in, regardless of the circumstances.” Pogba said in conclusion to his interview with the French publication.

Anyone remember that Southampton and Everton match-up when Southampton defender Jason Puncheon momentarily left the pitch because nature called. Remember how the fans reacted? Well, take a look at this and listen closely.