Connor Fleming December 12, 2016
Paul Pogba’s Manchester United have drawn Saint-Etienne, the club of his brother Florentin, in the Europa League round of 32.

Yeo Moriba, the mother of Paul, Florentin and Mathias Pogba, is one of our favorites over at The18. From her spot in the the Adidas “Football Needs Creators” ad (“He’s always been very creative, doing everything his own way”) to raising three sons by herself on a housing estate outside of Paris, Yeo Moriba is the matriarch for us. 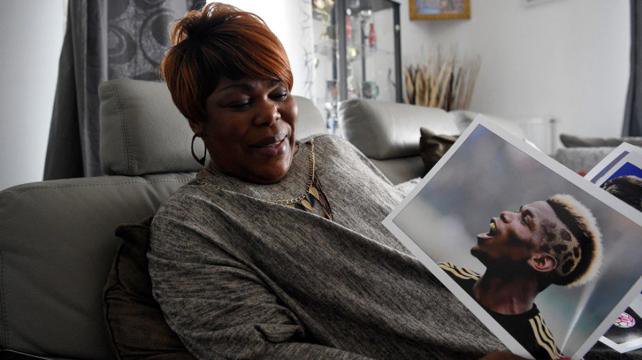 The Pogba family unit is extremely tight-knit, Moriba revealing that “we got together with Paul’s brothers and decided that [Paul] would not sign a new deal” back in 2012, when Paul transferred to Juventus.

Now, with Paul happily back with Manchester United, Moriba has the opportunity to watch two of her children go head-to-head. The Pogba’s are a supremely talented footballing family. Paul, of course, is the most expensive player on the planet while his older brothers play professionally as well.

Florentin and Mathias are twin brothers and, at 26 years of age, three years older than Paul. Mathias plays for Sparta Rotterdam in Holland, and Florentin plays for Manchester United’s next European foes, French club Saint-Etienne.

According to United manager Jose Mourinho, Paul is “already laughing” about playing his older brother in the Europa League after the draw was confirmed this morning.

.@ManUtd have been drawn to play @ASSEofficiel in the last 32 of the @EuropaLeague, which will see @paulpogba face his brother Florentin. pic.twitter.com/h2HTc025o7

With Pogba playing as an attacking midfielder for United and Florentin a defender for Saint-Etienne, the two will almost certainly clash throughout the two-legged tie.