FIFA actually got something right on Monday when it awarded Cristiano Ronaldo The Best FIFA Men’s Player of 2017 at the FIFA award show. Lieke Martens was named The Best Women’s Player while Olivier Giroud claimed the Puskas Award for the best goal.

Ronaldo won the honor as best men’s player for the second year in a row and was also named to the FIFA FIFPro World XI alongside four of his Real Madrid teammates.

Ronaldo led Real Madrid to a second straight Champions League title and another La Liga crown while scoring about a bajillion goals. He had already been named UEFA Men’s Player Of The Year and he’s a favorite to win the only PotY award that actually matters, the Ballon d’Or.

The honor was given to Ronaldo by Brazilian Ronaldo and Diego Maradona, who were apparently having a competition over who could gain the most weight post retirement. 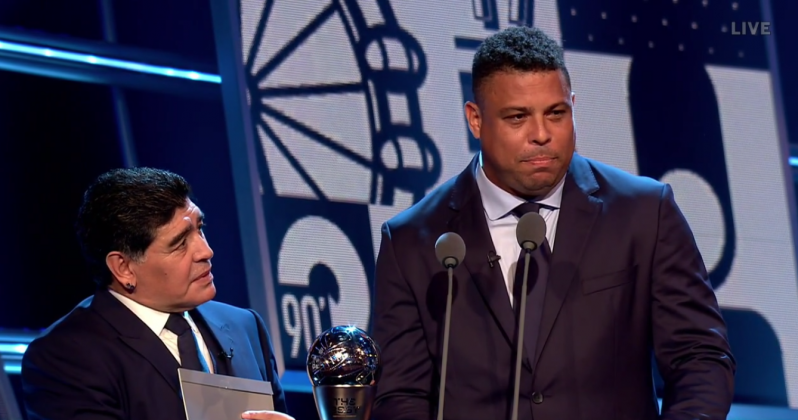 Who's gained more weight since retirement?

As with every major award in the last decade, it was really only a competition between Ronaldo and Lionel Messi. The Argentine scored more club goals (54) than Ronaldo (42), but Real Madrid’s team success presumably propelled him ahead of Messi and Barcelona for FIFA Player of the Year.

Dani Alves won the honor of best dressed among the group. 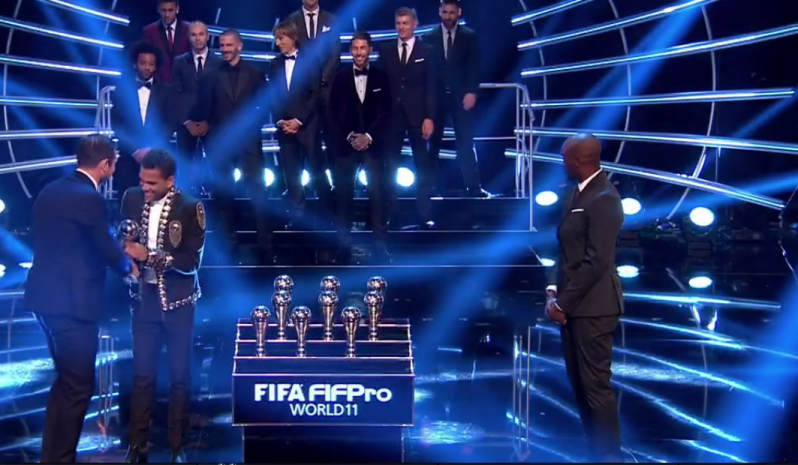 Notice how far Lionel Messi is from Neymar.

The Netherlands swept the women’s awards with Martens, who also plays for Barcelona, and coach Sarina Wiegman being named the best in their respective categories. The Netherlands won the Women’s Euros earlier this year in impressive fashion.

Martens beat out American Carli Lloyd, who had won the last two such awards. The other finalist was Deyna Castellanos in a baffling decision from FIFA. Castellanos is a talented young player but she doesn’t even play professionally (she plays for Florida State and the Venezuela U-17 team). For some reason Sam Kerr wasn’t a finalist for FIFA Player of the Year, but Martens deserved the honor anyway.

Giroud won the Puskas Award for prettiest goal for his incredible scorpion kick goal against Crystal Palace, beating out a number of quality entries. The host of the award show, actor and Arsenal fan Idris Elba, was probably happy to see Giroud win so Arsenal could win at least one trophy this season.

The Puskas winner, courtesy of Olivier Giroud (via @Arsenal) pic.twitter.com/Yy1oE2J7lj

Other awards on the night went to the following recipients.