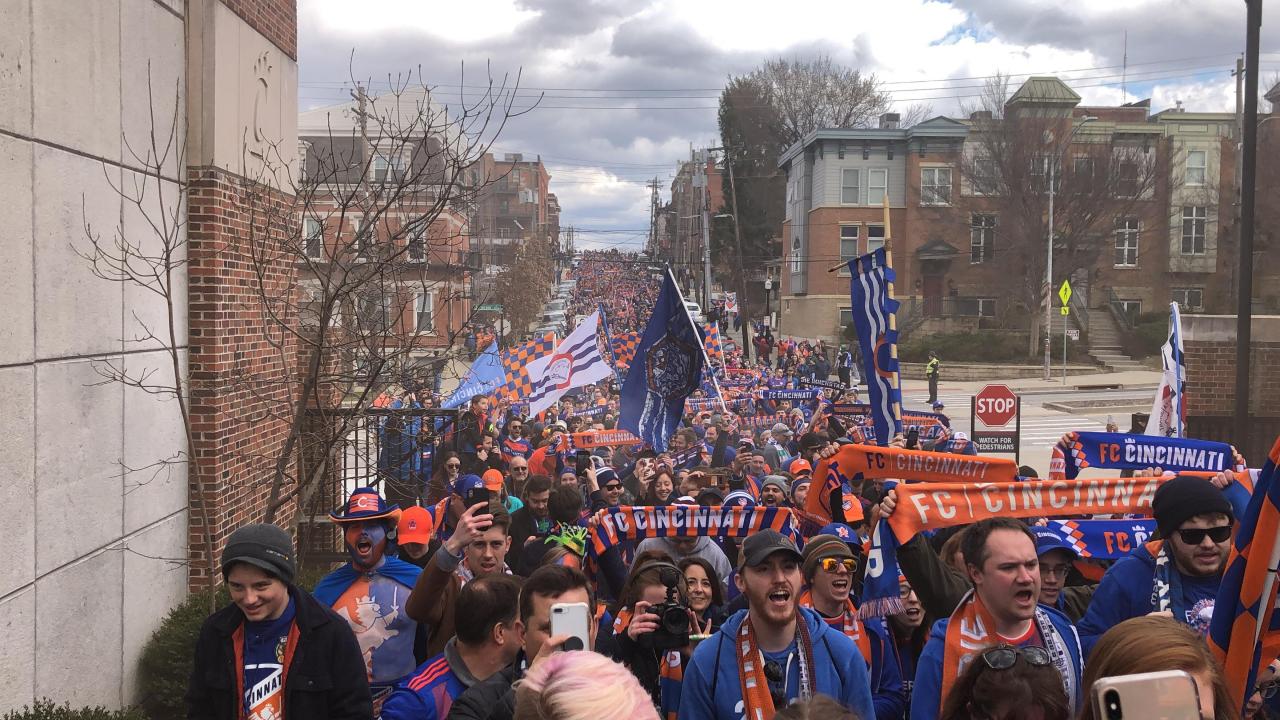 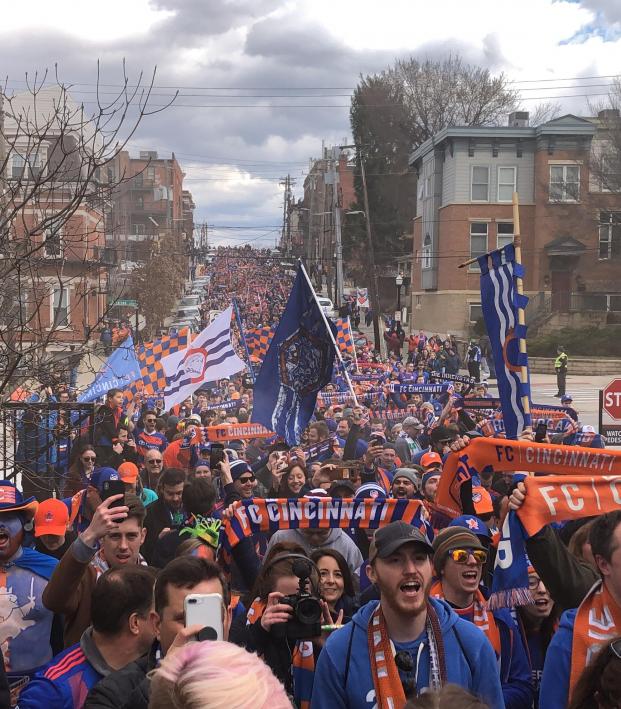 FC Cincinnati’s Home Debut Is Now The Stuff Of Legend

Connor Fleming March 18, 2019
FCC proved that expansion is more than business metrics — it's about having a club with soul.

Everybody knew the atmosphere inside Nippert Stadium for FC Cincinnati’s home debut in MLS would be special, but a 3-0 victory over 2018 MLS Cup finalists Portland Timbers made it an unforgettable afternoon for a capacity crowd of 32,500.

Should we mention that over in Columbus on Saturday, the Crew drew 9,687 fans for a match against FC Dallas, a difference of 22,813? Don’t shoot the messenger.

The prematch festivities included an incredible looking march down University Avenue to the stadium.

Cincinnati, you are incredible! pic.twitter.com/w1DAD6v6DE

And a nice tifo from the supporters’ section.

The FCC faithful only had to wait 15 minutes to see their first goal, and it came courtesy of buccaneering center back Kendall Waston off a free kick.

The second goal didn’t arrive until the 61st minute, but how about this bit of sauce from Allan Cruz? The crowd absolutely loved it.

Two minutes later, it was 3-0 and three points secured for Cincy.

It’s safe to say that FC Cincinnati captured the imagination of the locals on Sunday.

Make sure you grab a copy of the @Enquirer today! #FCCincy pic.twitter.com/IkB9a9SE8S

After last weekend’s draw with Atlanta United, the victory gives FCC fans hope of exceeding expectations as an expansion club. The Timbers, on the other hand, have now given up a league-worst 10 goals in three games and only have a single point.