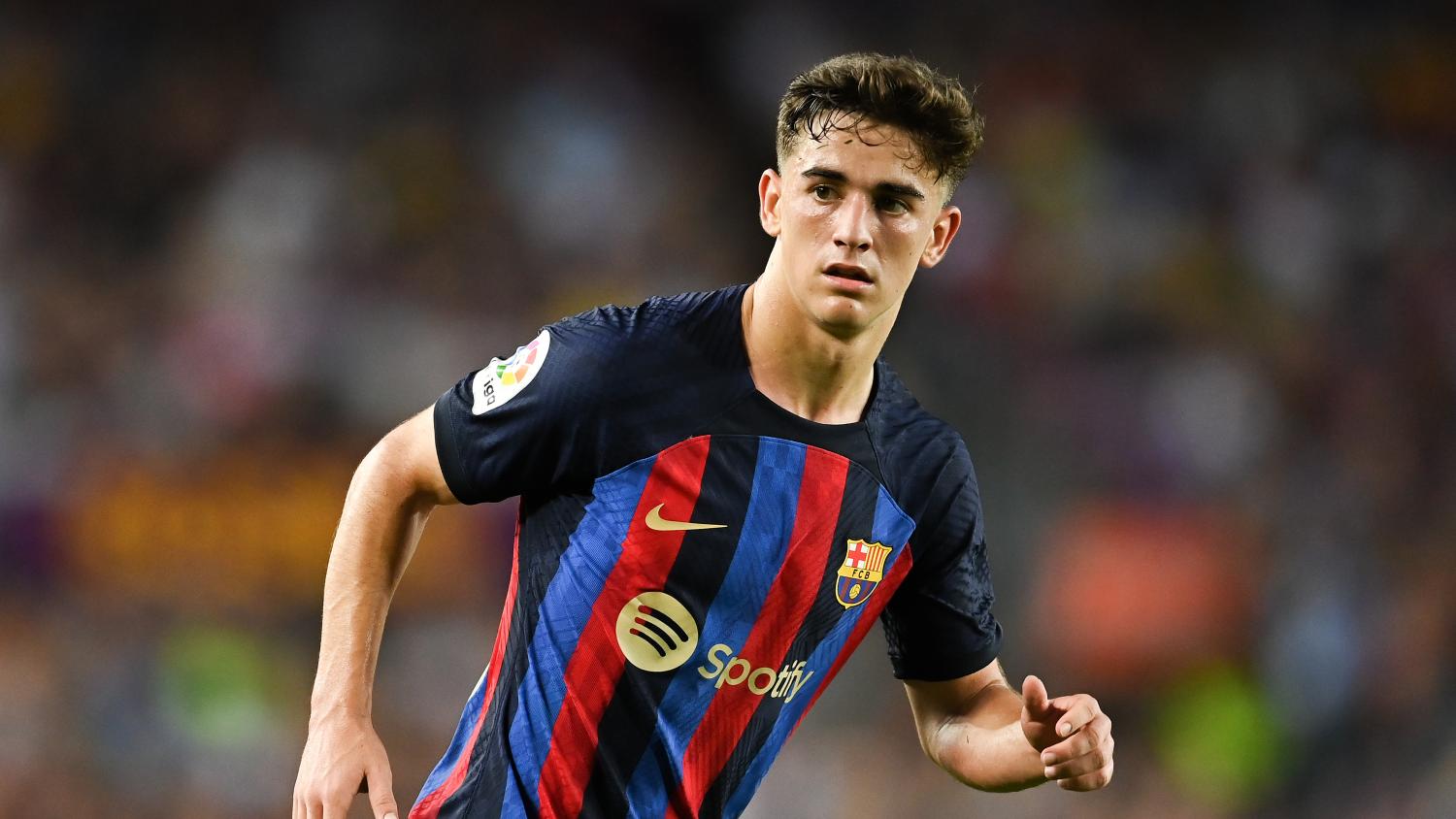 He's the present and future of Barcelona and Spain.
Getty Images

Amid reported interest from Man City, Man United, Chelsea and Liverpool, Barcelona has secured the services of football's most highly regarded midfield talent through 2026 after 18-year-old Gavi put pen to paper on a new three-year deal that sees his release clause rise to $1 billion.

The news follows shortly after the teenager's impressive midfield showing, alongside 19-year-old Pedri, against Bayern Munich at Allianz Arena. Despite losing 2-0, Barcelona looked like a much-improved side compared with recent shellackings at the hands of the Bavarian giant because of the clearcut quality of Barça's next Xavi-Andrés Iniesta axis.

The main question surrounding Gavi is how preposterously high the Los Palacios y Villafranca native's ceiling actually is. He was a youth sensation at Real Betis — so much so that Barcelona had him in La Masia by age 11.

Gavi's the youngest to ever represent La Furia Roja, the youngest to score for them (taking both records from Barça teammate Ansu Fati) and he looked damn good in the 2021 Nations League final against defending world champion France. He's a likely starter at the World Cup alongside Sergio Busquets and Koke as part of Spain's midfield three.

They love sticking an absurdly large release clause on players in LaLiga, but Gavi might be the first to actually warrant the $1 billion threshold.