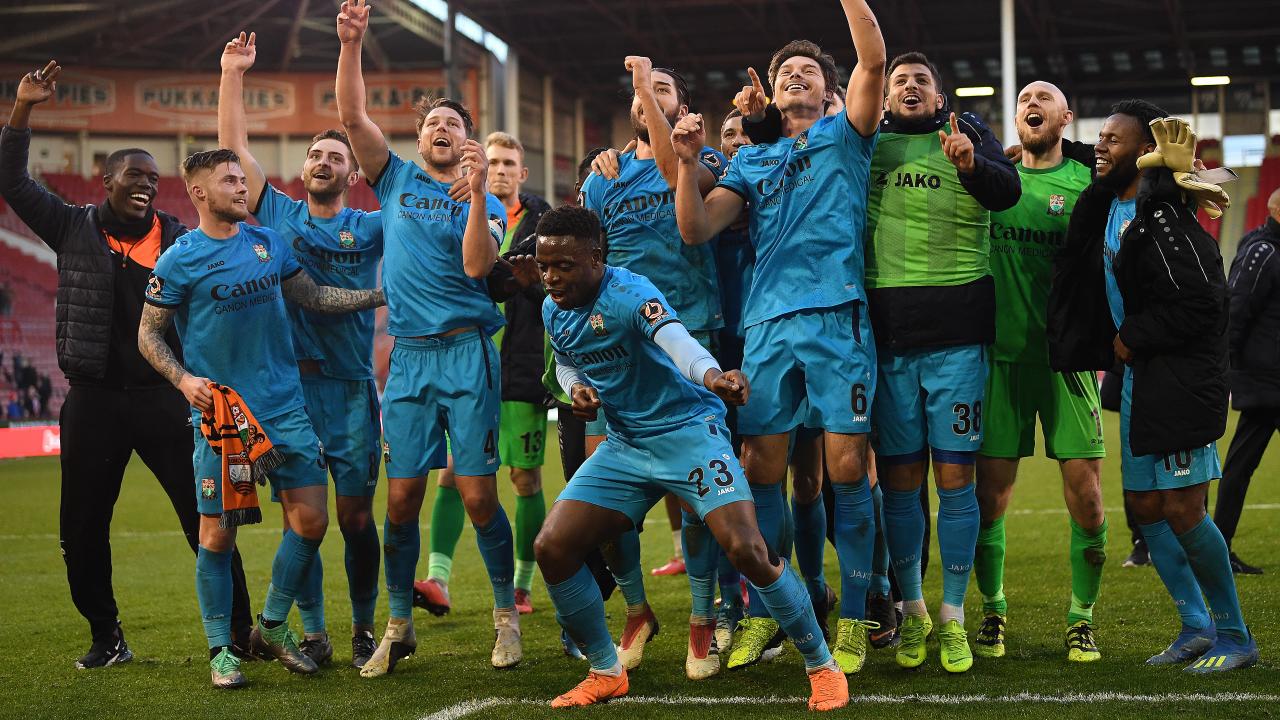 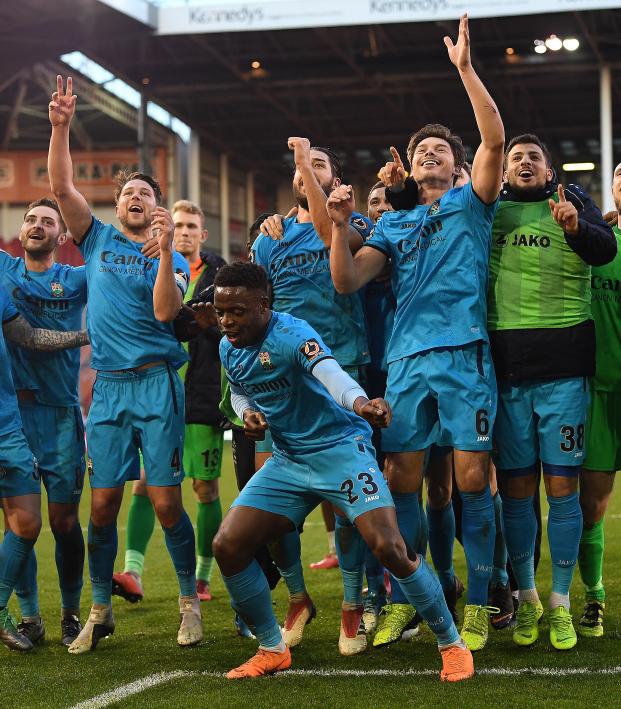 The Darlings Of The FA Cup: An In-Depth Look At 3 Clubs That’ve Defied The Odds

Connor Fleming January 7, 2019
If you want to get behind an underdog in the Fourth Round, these are the three biggest outsiders remaining.

Although we still have a few replays to settle, the FA Cup Third Round is pretty much done and dusted, giving us time to look at the darlings of the competition with 32 clubs remaining.

The usual favorites are all there — Arsenal, Manchester United, Chelsea and Spurs — but we also have three clubs that standout at the opposite end of the spectrum. Barnet, playing in the fifth tier, is the lowest ranked remaining club and the only non-League side left.

We also have two clubs from England’s fourth tier (League Two) remaining: Newport County and Oldham Athletic. Here’s a look at the three biggest Cinderellas of the 2018-19 FA Cup.

Maybe You’ve Heard: Back in 2012, when the club was in the fourth division, Dutch legend Edgar Davids joined the side as player-manager. Davids made 38 appearances for Barnet, scored one goal and was sent off five times — he stayed true to his “The Pitbull” nickname.

First Round: Secured a 1-1 draw with third tier side Bristol Rovers at the Hive, forcing a replay at Memorial Stadium. Barnet then triumphed 2-1 thanks to a 77th minute goal from Byron Harrison.

Second Round: A 1-0 victory over Stockport County, a club from the sixth tier, at the Hive.

Third Round: A 1-0 away victory over Championship club Sheffield United in front of nearly 10,000 at Bramall Lane.

Easily Barnet's most experienced international with 47 caps for Trinidad and Tobago.

Founded: Originally founded 107 years ago, but then went bankrupt in 1989. Reformed later that year by 400 supporters.

Maybe You’ve Heard: After winning the 1980 Welsh Cup, County entered the 1980-81 European Cup Winners’ Cup competition. They defeated Crusaders of Northern Ireland in the first round and SK Haugar of Norway in the second, setting up a quarterfinal against Carl Zeiss Jena, perhaps the strongest club in East Germany. They would lose 3-2 on aggregate with the second leg played in front of 18,000 fans at the now-demolished Somerton Park.

First Round: A 2-0 away victory over seventh tier side Metropolitan Police FC (yes, a club that’s part-funded by a police staff lottery and enters the pitch to the tune of “I Fought the Law” by The Clash).

Second Round: After a 0-0 draw with fifth tier side Wrexham, Newport returned home for the replay and won 4-0

This man is a unit.

Maybe You’ve Heard: Oldham was in the Premier League as recently as the 1993-94 season, but the club has slowly dropped down the divisions ever since — they were relegated from the second tier in 1997 and after a 21-year stay in the third tier, they again suffered relegation last season.

First Round: A 2-1 away victory over sixth division side Hampton & Richmond Borough thanks to a 94th-minute winner from Callum Lang.

Second Round: A 2-0 away victory over fifth division side Maidstone United.

Third Round: A 2-1 away victory over Premier League side Fulham thanks to an 88th-minute winner from that man again, Callum Lang.

He's made appearances for Everton in the EPL and for Southend, Huddersfield and Blackpool in the Championship, and he now captains Oldham.